Put a 2.0-liter turbocharged engine with 210 horsepower in the Volkswagen Beetle and you have a compact car that pegs the fun-to-drive meter. Add in a 6-speed manual gearbox and it ramps up the engagement level, making the Volkswagen Beetle R-Line a car that driving enthusiasts won’t be able to keep their hands off of.

It offers fun and enough practicality that it begs to be looked at if you are an urban commuter.

This week, we have been driving the 2016 Volkswagen Beetle R-Line SEL, which is the upper trim model.

The Beetle lineup gets the latest Volkswagen touchscreen interface as a standard feature. Upper trims get VW Car-Net App-Connect (smartphone connectivity features). A new lighting package debuts and there are new colors for the 2016 Beetle.

Stepping inside the Beetle R-Line reveals a cabin that feels bigger than what you would expect. There’s enough room for taller drivers and the front seats are supportive and comfortable for longer commutes. The heated leather seats, leather-wrapped steering wheel, and the Fender system give the R-Line an upscale feel, but there’s still lots of hard, unsightly plastics throughout the cabin.

Controls are driver focused, easy to reach, and easy to understand. There’s a sporty gauge setup in the middle of the dash with oil, boost, and temp gauges for the 2.0-liter turbo. In the back, there’s ample headroom but limited legroom for adults. It’s a great place for small kids but adults will be cramped for more than short jaunts.

Pop the rear hatch and there’s no engine to be found. It’s now located up front.

The Beetle is functional because of its rear hatch that opens to a nice cargo area with 15.4 cubic feet of space. Put the seats down flat and you have an useful 30 cubes of cargo carrying ability.

The Beetle R-Line SEL is powered by a turbocharged 2.0-liter four-cylinder, producing 210 hosepower and 207 lb-ft of torque. Our tester came with the smooth shifting six-speed manual gearbox.

EPA estimated fuel economy is 26 combined and 23/31 city/highway mpg with the manual. 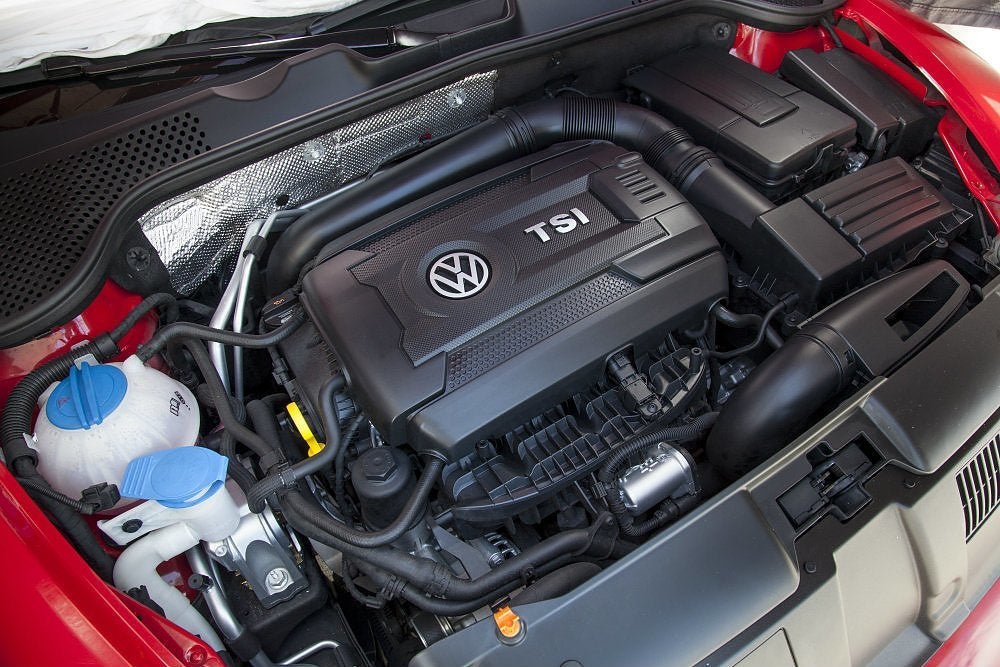 The VW Beetle R-Line with the 2.0-liter turbo and 6-speed manual gearbox would be our choice for this 2-Door compact hatch. It delivers a sporty driving experience and ramps up driver engagement to a high level. It’s a car for driving enthusiasts who want both sporty and utility in one package.

It compares close to the MINI Cooper we tested recently.

We pushed the VW Beetle hard this week and loved the sweet exhaust note that lets you know it’s a true sports compact. The 6-speed transmission is one of the smoothest shifting manual gearboxes around too. The handling is on par with most other compact hatches but does fall short of the sportier MINI Cooper. However, when cruising through traffic, the Beetle is quick and agile and will get you to your destination in sporty fashion.

The R-Line’s sport suspension is firm but isn’t too harsh over rough patches of pavement. The cabin is fairly quiet at highway speeds but the fan motor for the climate control is noisy. Even at the lowest fan speed, it was louder than we thought it should be. 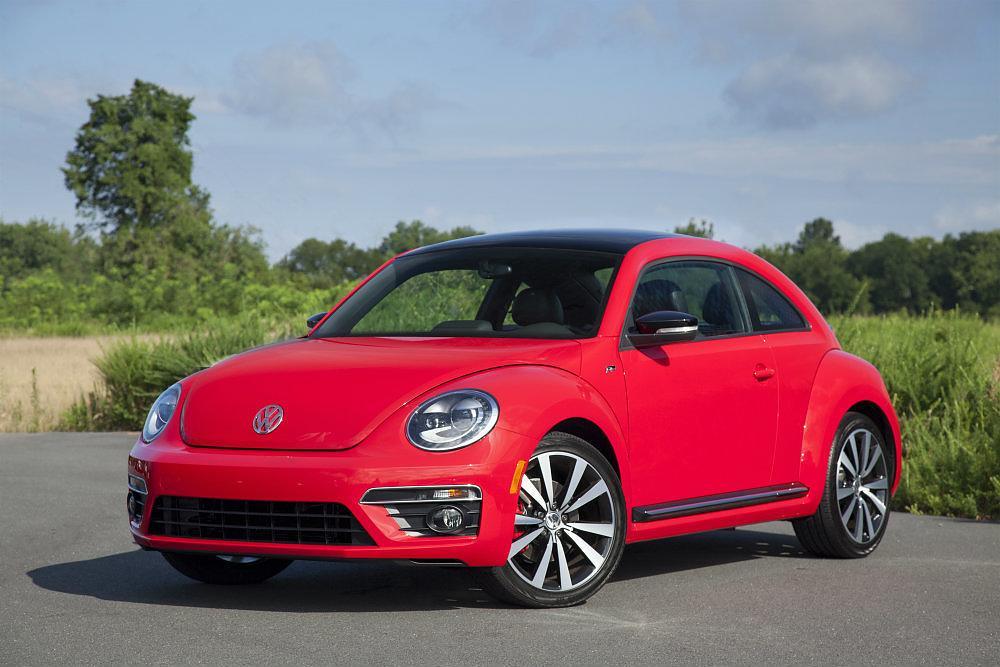 The Tornado Red 2016 Volkswagen Beetle R-Line SEL we had was an attention-getter this week. We saw a few necks snap around to look at us as we sped through the streets of Denver. It’s a fun commuter and offers the utility of a hatchback for carrying cargo other than passengers. It’s a sweet ride for a single person or young couple wanting a fun, urban runabout as well.

Overall, the Beetle R-Line is a capable commuter and more fun than most compacts.