Memory Lane: The Toronado & The Carrera

Saturday afternoon in early spring is a great time to be on the road as the bugs splattering all over the car are few and far between. I’m in my early twenties and I’m driving a 1973 burgundy Oldsmobile Toronado Brougham, with an off-white vinyl roof. It’s a big step up from my Toyota, but I was born to drive a big American car like this.

Before I purchased the Toronado, I was leaning toward trading my Corolla for a Chrysler New Yorker. Although, the Chrysler Imperial owned by the Green Hornet looked fantastic, I pictured myself being Kato #2 and driving Black Beauty.

“Pull over at Woolworth’s, Kato, and get me one of them novelty back scratchers.”

“After all the times we saved your behind; well not me so much, but Bruce Lee, did you ever scratch his back? Well, did ya,” I would have muttered.

“Nothing, Mr. Hornet. Pulling in to F.W. Woolworth’s.”

So, I could definitely see myself in a 1970 New Yorker 2-door hardtop. But, the New Yorker wasn’t meant to be.

The mechanic who took care of my Toyota also sold cars on the side. I showed up at his garage one time to have the Toyota looked at. I was having problems with the carb, or something. And what do I see? I see the 1973 Toronado with a for sale sign.

It was love at first sight. I jumped out of the Toyota and started drooling over the Olds. There were people milling about, otherwise, I would have draped myself over the hood and fender. Its body was perfect. I kept the questions regarding its running condition to a minimum, not really paying attention to my mechanic’s answers. I opened the hood to have a quick look at the engine, took the car for a short drive, and bought it on the spot.

The Toronado with the Buick Riviera were seen as the ugly stepsisters to the Cadillac Eldorado. In reality, they were stunning in their own way. But the Caddy was the favorite child. It had to have the most of everything, such as the biggest motor – 500 cubic-inch – and so on. The New Yorker was also relegated to the same category as the Toronado and the Riviera.

The Imperial, Lincoln, and Cadillac were at the top.

Bully for you, Eldorado. I still think that my Toronado looks better. 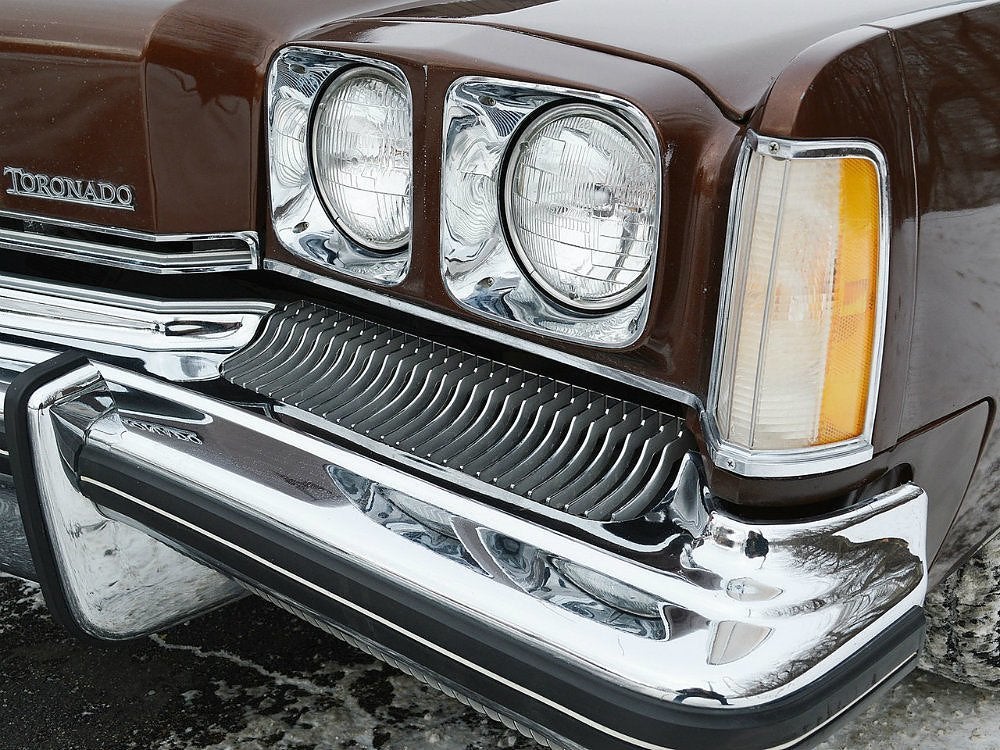 My girlfriend is sitting in the front passenger seat, further than an arm’s length it seems; the car is that wide. And my baby, well – my other baby – has no bumpy driveshaft well splitting the floor, thanks to the front-wheel drive.

We are off to see my (possibly) future in-laws.

Yikes! Scary, kids. I shouldn’t say that. I admire her father.

He is a master mechanic and works for the municipality where he lives. Despite having worked there forever, he doesn’t have top seniority. So, he still has to work shifts. He will go out on a call in the middle of a snow storm at 2 am and crawl under a plow to fix it. He can take an engine apart blindfolded and put it back together. He rebuilt the Mitsubishi engine in my girlfriend’s Plymouth Arrow GT (Gallant Celeste?). They should have branded it GC and not desecrated the real meaning of GT automobiles.

Then again, a lot of manufacturers have been guilty of doing the same over the years.

She ended up giving the Arrow to her younger brother. I think she got rid of it because the plastic caps that cover the corners on the rear bumper kept breaking off just to look at them. She treated herself to a brand new Eagle Talon.

It’s a 3 ½ hour drive (mostly highway) from where we live to her parent’s place. Surprisingly, there’s little to no traffic. The speed limit on the highway is 55 mph. Oil crisis, my petunia. I can’t let Big Brother claim complete victory, so we’re doing 60. The ride is pleasant and the cruise control is on but suddenly, a black Porsche 911 pulls up beside us. The driver appears to be wearing a black leather car coat. He is color-coordinated right down (or up) to his curly, black permed hair. 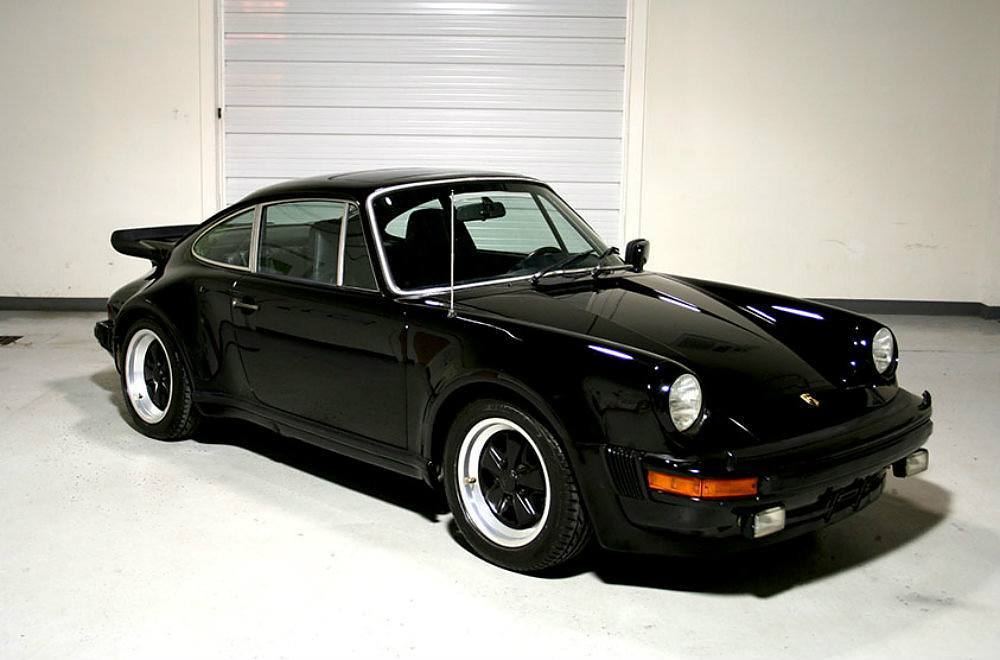 A faint smirk is on his face, goading me on: “wanna race, punk,” I can just hear him saying. My natural reaction is to think, “oh, yeah” as he gently accelerates. “Oh, yeah,” I repeat to myself inaudibly as we cruise, side by side.

I pick up the pace and pass him but we play a cat-and-mouse game. He is the panther and I’m the oversized mouse. We go back and forth, and as speed builds up, we quickly reach that magical number: 100 mph! For some reason, going faster than 100 mph feels better. No, it feels great. It feels like freedom.

My car ain’t sweatin’ either. It’s like sitting in the living room, except the couch doesn’t have a 455 cid engine strapped to it and doesn’t gulp a gallon of premium every 8 miles. I’ve got a rocket V8 motor, but the 911 is just a rocket on four wheels. He probably has as many horseys, if not more than my car, under the hood. I mean in the trunk. I mean wherever they put the engine in those Porsches? Except his Carrera weighs half of what my car does. 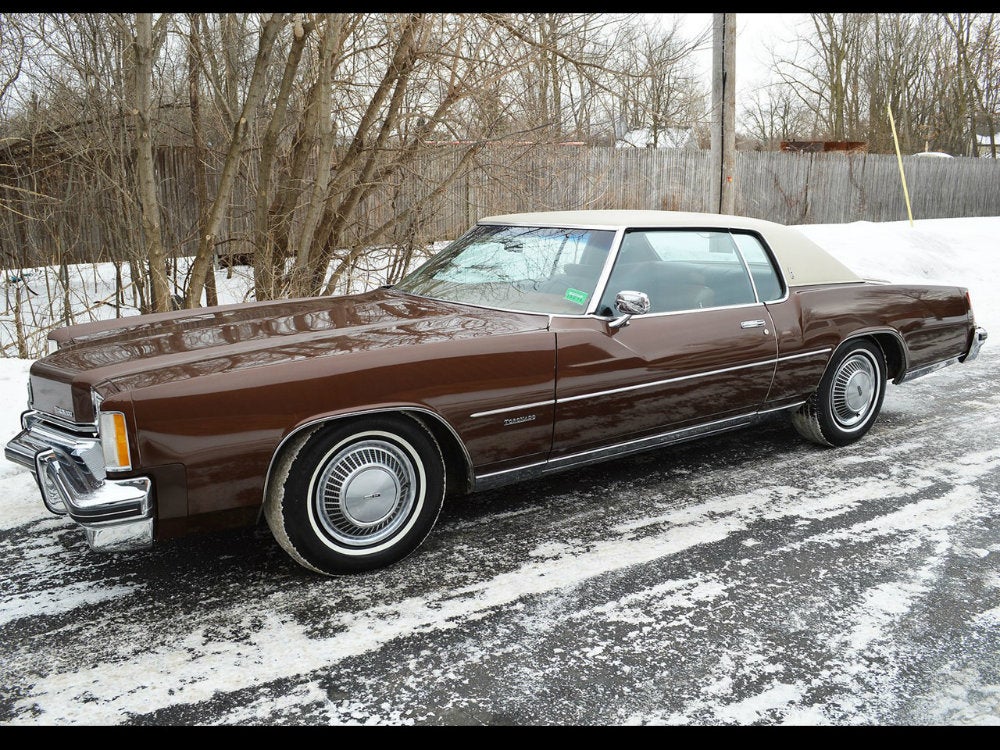 Should I press on or would I be looking for trouble? The girlfriend hasn’t said anything so far, but it was only last week that I put her favorite wool sweater in the wash, and now it can barely fit a 5-year old. If this little game gets dicey, I don’t want to be reminded of that episode again.

But the driver of the 911 decides for me. He’s had his fun, and now he’s ready for the next mark. He steps on the gas pedal and takes off like a bullet. He must have a 3 L engine developing 300 horsepower in his precious?

There’s a long curve far ahead, sweeping to the right. The Porsche is now a black dot in the distance. I suddenly hear a faint beep growing louder and faster as I approach the curve. I take my foot off the accelerator and let the car slow down to the speed limit. No need to panic, even though I can’t see the other side of the curve because of a grove of mature trees.

As we round the curve, I see a black-and-white parked on the shoulder after the highway straightens out. The Porsche is in front of it. Mr. Policeman has his back to the road, writing up a ticket. As we pass by, the driver of the 911 looks at me.

I look back, a faint smirk on my face.

Thank you, Beltronics; illegal in my neck of the woods . . .  What a marvelous spring day! 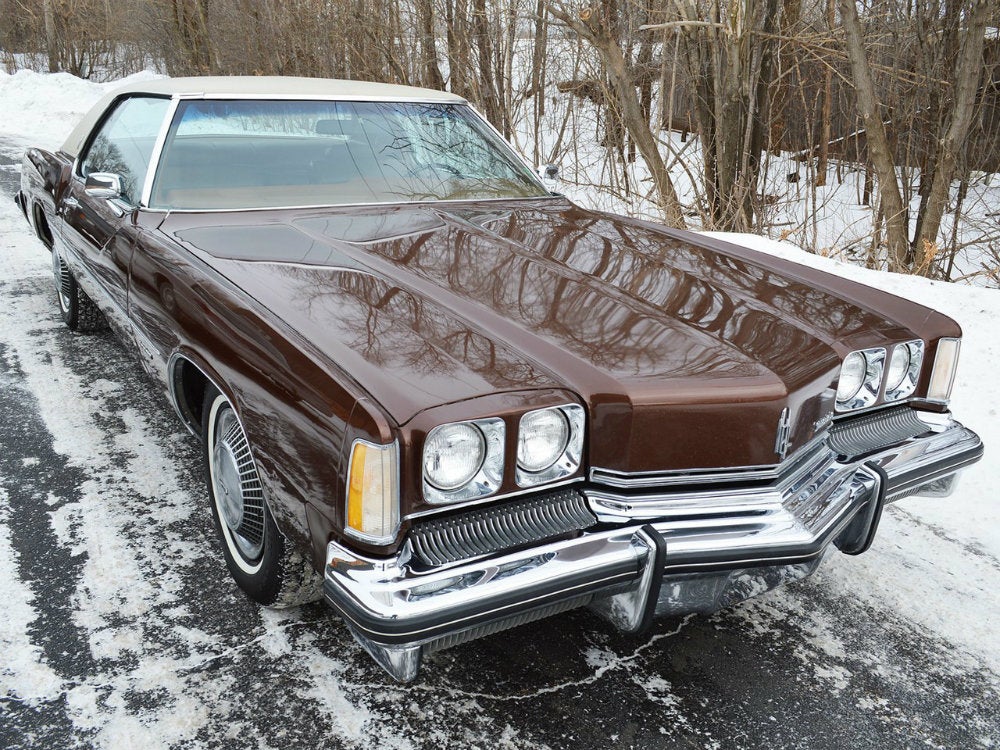