The 2017 Honda Civic Hatchback is a key member of the 10th-generation lineup, promising an equal combination of efficiency, utility, style, and performance. The latest generation of Civics is easily the most extensive and excitable in the car’s 44-year history.

We recently took the new Civic Sedan for a spin and where quite thrilled.

Built on the same platform as the 10th-generation Civic Sedan, the 2017 Civic Hatchback will feature a 1.5-liter DOHC direct-injected Turbo engine, mated to either a CVT or slick-shifting 6-speed manual transmission. Larger, wider wheels and tires increase the stance on the long wheelbase, while short overhangs add exterior flare. At the front, a short overhang with large air intakes contrasts with LED headlights and daytime running lights. 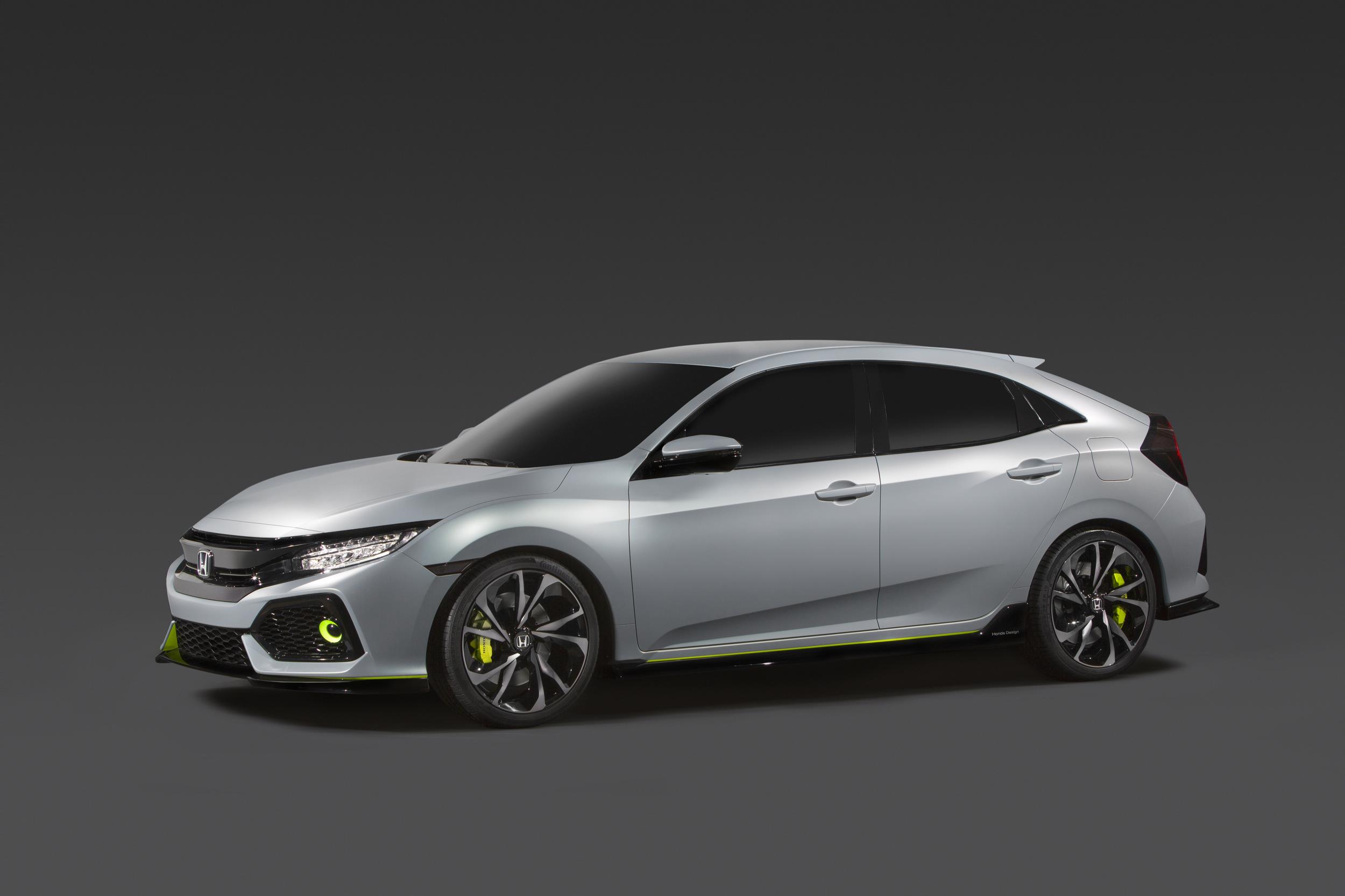 The 2017 Civic Hatchback was developed by Honda R&D teams in Europe and Japan.

The Honda Civic Hatchback is expected to attract new buyers. Civic Sedan sales, incidentally, are up 37 percent through the first two months of 2016.

“Offered with the first application of the 1.5-liter turbo engine paired with a manual transmission, this sportiest Civic to date will attract a whole new set of enthusiasts and buyers to the model and Honda brand,” Conrad said.

The Civic Hatchback will launch later this year as the third new variant, joining the 2016 Civic Sedan and Civic Coupe. The 10th-generation Civic lineup will be rounded out in 2017 with the arrival of Civic Si variants and the more radical Civic Type R.

The 2017 Civic Hatchback will be built exclusively at Honda of the UK Manufacturing (HUM) in Swindon.

On This Page
Dynamics
Availability