The Honda Civic has grown up and is pushing the limits of the compact car class. It’s a different Civic than the previous generation and you’ll be surprised at what Honda has done to the four-door model. It’s longer, wider, and more refined than ever. It’s not the Civic you remember!

The 2016 Civic gets a new chassis and body, new engines, and added safety technology. The 10th-generation Civic is nearly three inches longer on a one-inch longer wheelbase, with a front track and overall width that’s two inches wider. The Civic has grown up for sure.

Other standard features on the Touring include 17-inch wheels, automatic wipers, a four-way power passenger seat, heated front and rear seats, an integrated navigation system with voice controls, and a 10-speaker audio system.

The top-of-the-lineup Civic Touring cabin feels upclass and sophisticated. A new horizontal dash with a single screen greeted us as we entered. Touring features a digital display on an LCD screen with a 270-degree tachometer. This tester came with an attractive, contrasting dark trim with light colored seats. The quality of materials throughout the cabin are top notch, as are the leather seats.

There’s an abundance of soft touch materials throughout and this Touring trim is at the top. The sport seats are comfortable and there’s more legroom front and back than the previous generation. The cabin feels big for a compact model we thought.

The dash is low and the front seat raises, so forward visibility is excellent and to the sides. There are more storage spots than before and the 15-cubic-foot trunk even looks big. The only complaint we have is the tilt/telescoping steering wheel adjustment is tucked deep under the steering column. It’s hard to find, otherwise, this cabin is excellent and impressive for this class.

Honda Civic Touring trims are powered by a turbocharged 1.5-liter four-cylinder engine producing 174 horsepower and 162 lb-ft of torque. The CVT is the only available transmission. Fuel economy for the turbocharged Civic is actually slightly better than the 2.0-liter engine on the lower trims. It gets an EPA estimated 31/42 city/highway and 35 combined mpg.

The new Civic with the 1.5-liter turbo engine is higher on the fun-to-drive meter than most compacts. We were surprised at the power and the fuel mileage it gets. We averaged close to 40 mpg and we were pushing the Touring hard this weekend. We were also surprised at how well the CVT automatic transmission works. Others in this class are not nearly as responsive.

The new Civic sedan delivers a smooth ride and a general feeling of refinement. It’s not a sports sedan, but it handles well in the mountain curves and stayed fairly flat when we pushed it hard around the tight corners. It’s a good city commuter and especially easy to navigate in traffic with the Honda Sensing safety package.

The 1.5-liter turbo engine is quite peppy and it sounds sweet at full throttle, though there is some turbo lag. On the open highway, the ride and handling are precise, composed, and generally compliant. It handles the bumps well and stays calmer than the old models. With the turbo, the Touring pulled hard when we needed the power and it felt like a more expensive car. Overall, this is one of the best powertrains in the compact class, offering both fuel efficiency and performance.

The 2016 Honda Civic Touring is a classy, sophisticated compact that is easy to live with. It offers lots of amenities in this class. The exterior styling is sharp and the new compact is larger and more refined. The power, ride, and room inside are all impressive traits that compact car buyers will appreciate. The Touring model actually feels like a premium car disguised as an economy car. 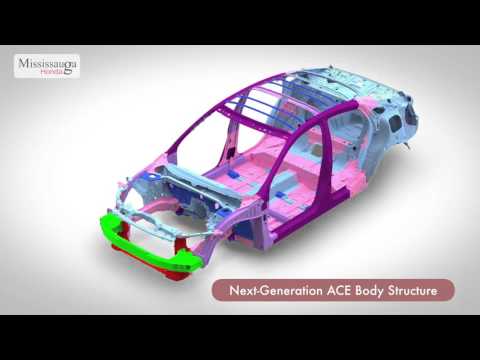