What Car Would Superman Drive?

There’s now just over a week to go until the release of Batman v Superman: Dawn of Justice, the hotly-anticipated sequel to Man of Steel and one of the most eagerly awaited films of the year. Along with the big screen debut of Ben Affleck’s Batman, one of the things fans will be most looking forward to will be the new Batmobile. Often cited in lists of the most iconic fictional vehicles of all time, the Batmobile is as synonymous with Batman as red underpants are with his Kryptonian rival.

But what if Superman had to drive a car? A Car of Tomorrow for the Man of Tomorrow? Kal-El’s Cad-Il Ac?

We know what you’re thinking: why would an invincible, super strong alien capable of flying at hypersonic speeds need a vehicle? Well, as it turns out, there have been plenty of times throughout comic history when Superman has found himself either severely weakened or without his powers.

If he was ever exposed to red sun radiation or Kryptonite, it would make an awful lot of sense to Superman to have some method of transport to escape and to compensate. As a result, automotive experts Car Keys, decided to take a closer look at what a modern vehicle for Superman would be like. 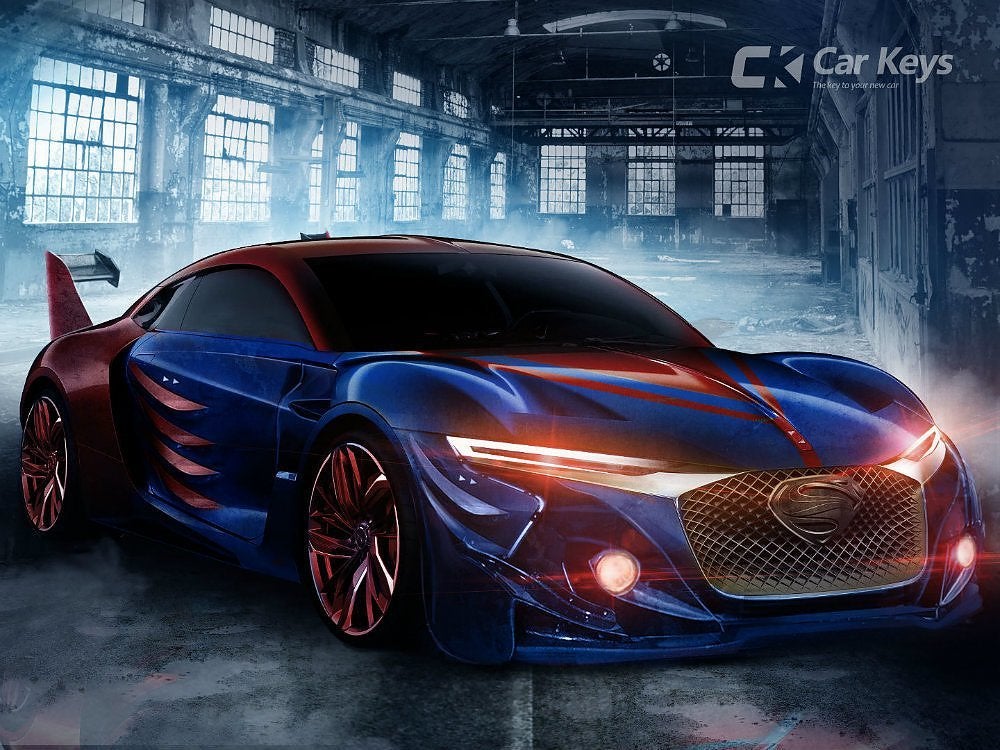 Covered in armor plating taken from the hull of the Kryptonian scout ship which housed Superman’s costume in Man of Steel, the Supermobile is extremely resistant to damage from conventional weaponry. Although it’s not impervious like Superman’s skin, it is capable of self-repair in the event that it’s damaged, and also features a unique shielding system to protect from the effects of harmful radiations.

It’s powered by a motor adapted from the warp drives that propelled the Kryptonian ship through hyperspace and, like Superman himself, derives its power from the energy of Earth’s yellow sun. The drive can take the vehicle to a hugely impressive top speed of 212mph, and provided it has access to a steady supply of solar energy, can run without ever having to refuel.

In order to keep it stable at speed, the Supermobile features an array of aerodynamic enhancements like aero vents, scoops, and buttresses on its body shell, which also serve to help deflect bullets and other ballistics, plus twin rear wings to generate downforce.

Adorned on the outside with Superman’s signature colour scheme and featuring the famous S-shaped glyph of the House of El on its bonnet, it also comes with trick features to compensate for Superman’s powers in the event he’s wounded or depowered. Twin laser cannons mounted under the headlights channel the solar energy stored within the car’s warp drive into either a fine cutting beam or a powerful concussive blast, while a series of hidden cameras dotted around the hull can analyze all possible frequencies of the electromagnetic spectrum.

With various readouts and HUD-style displays mounted on screens inside the cabin, this system essentially offers a virtual approximation of Superman’s senses and can replicate his x-ray vision.

So how would the Supermobile fare in an automotive showdown against the Batmobile from Batman v Superman: Dawn of Justice? As imposing as the Batmobile is, judging by the specifications, the Supermobile would appear to have it outclassed by far. Although Batman has tricked his ride out with twin .50 calibre machine gun turrets and anti-ballistic armor plating, it’s hard to envision that the Batmobile could do much damage to a nigh-invulnerable vehicle capable of self-repair.

Even though Batman would have a far better innate knowledge of Gotham’s road network, even the Dark Knight would have trouble hiding from Superman’s detection systems. Furthermore, it’s unlikely that it could stand a chance against the Supermobile’s laser cannons and in a vehicle-on-vehicle battle we reckon the Supermobile would easily outclass its rival. Considering that Superman would have to be fairly physically vulnerable to use the Supermobile, it’s possible that Batman could find another way to damage him, possibly by simply ramming into the side of the Supermobile or by tipping it over.

Unfortunately, although this probably isn’t a battle that we’ll be seeing soon, the epic showdown between the Man of Steel and the Bat of Gotham is now just days away. You can catch Batman v Superman: Dawn of Justice at your local movie theatre, but don’t expect to be picking up a Supermobile from your local dealership lot.