I met Nate inside the Caliper & Corner Assembly Operations building at Brembo North America. In Homer, Michigan, a quiet community in Calhoun County, Brembo North America builds world class calipers, rotors, and corners on 80 acres of land. The population, according to the 2010 United States Census, was just shy of 2,000.

“This is my favorite station because it’s always something different,” Nate said, reaching for a nearby stack of o-rings. “I’ve been here three years and it’s exciting every day because it’s so fast-paced.”

Behind his safety googles, Nate’s watchful eyes scanned the monitor hanging above.

“Yes sir, we are moving some calipers today,” he said.

Brembo, an Italian company, was already established in racing but wanted the North American market. They knew their strategy for building braking components for places like Yas Marina Circuit, Circuit de Barcelona-Catalunya, and Indianapolis Motor Speedway could translate to main street. If Brembo could see drivers to the finish line on the world stage, they could see them through rush hour traffic and back home safely.

In 2014, Brembo inaugurated the Homer site, with two distinct manufacturing houses: one for rotors and discs and another for calipers and corners. The rotor and disc plant contains 45 manufacturing lines, 15 paint lines, 250 CNC lathes, and 120 robots. 14 million rotors/discs are produced yearly inside 350,000 square feet of space. By contrast, the caliper and corner plant produces 500,000 calipers and 150,000 corners yearly inside their 40,000 square foot facility.

Since 2013, the Homer location has produced all the Chevrolet Corvette corner modules: the knuckle, wheel bearing, rotor, caliper, wheel speed sensor, brake hose, dust shield, air deflectors, and some additional sheet metals. The corner is then shipped to Bowling Green, Kentucky in the exact sequence of the Corvette it will be joining on the assembly line.

Manufacturing is hard but when done by hardworking people, it works. If there was ever a model that disproved industrial stigmas and stereotypes, Brembo North America in Homer, Michigan would be it. Each of the 500 employees focus on a fundamental language built around urgency, innovation, and commitment, be it to customers or one another.

This language is not simply spoken in meetings or when journalists like me come around, but rather lived and breathed.

I could see it in Manufacturing Director, Jason Wolfe. I liked Wolfe because his last name fit his Alpha personality. I would have followed him down any one of Homer’s lines, suited up, and gone to work. With a firm voice and absolute clarity, he explains the lean manufacturing, waste elimination, and cost reduction strategies implemented in Homer. His mantra is simple: build up the employees, manufacture high quality brake components at a low cost, and exceed customer expectations.

“I have high demands and I know that,” Wolfe said. “I think you can be that way if your people know you care about them. I want them to succeed, I think they can, and we are putting them in a position to succeed.”

Under Wolfe’s leadership, punching the time clock and collecting a check doesn’t fly. Building brakes in Homer is a passion, far removed from the antiquated mindset that one throws parts on a conveyor, sweeps the floor, and calls it good at 5pm.

In Homer, you subscribe to the larger picture or not at all.

“All of the operations understand not only what they are producing but also where it’s going,” Wolfe explained. “They know our rotors are going on a minivan and a family is going to buy that, so there is a safety element there.”

Then there is Jason Woodard, Plant Manager, Caliper & Corner Assembly Operations. Like Wolfe, I took an instant liking to Woodard. It’s humbling to meet guys who have passion and get it done, and Woodard has passion and gets it done. He showed me numerous fail safes, from pressure tests to computer generated photos, implemented on his caliper lines to ensure absolute quality.

I asked him questions that admittedly, I was a little embarrassed of. Even though I live in Detroit, I am still not familiar with all the processes involving manufacturing. He shook his head.

And with each question, the natural teacher in Woodard walked me through what was taking place on the caliper and corner lines. I felt like part of the team.

“I’ve worked where nobody was engaged and people were getting beat down all the time,” Woodard explained. “Here, it’s different. We have so many innovate solutions as we walk though the plant that our teams have come up with. All the ideas came from the employee suggestion program and we can point dozens of those out around here.”

And indeed, Woodard did just that as we walked, proving only the most driven and committed individuals succeed in Homer.

Wolfe and Woodard later told me about how some of their employees went to see one of the Transformers films. They were moved when the Bumblee Camaro appeared and they recognized the braking components as being from the Homer plant.

“They take a lot of pride at the end of the day,” Wolfe said. “That really gets them excited about putting their fingerprint on Brembo.”

As I was leaving, I turned to Nate to shake his hand. Seeing my nicely pressed shirt, he smiled and held his hands up. They were hands that spent the better part of the morning putting fingerprints on every caliper on the line. Nate held his fist out and we touched knuckles instead; a time-honored fist bump closed the gap between my necktie and his work boots.

“See you later, Carl, oh and good luck on your article.”

Part two of this series here. 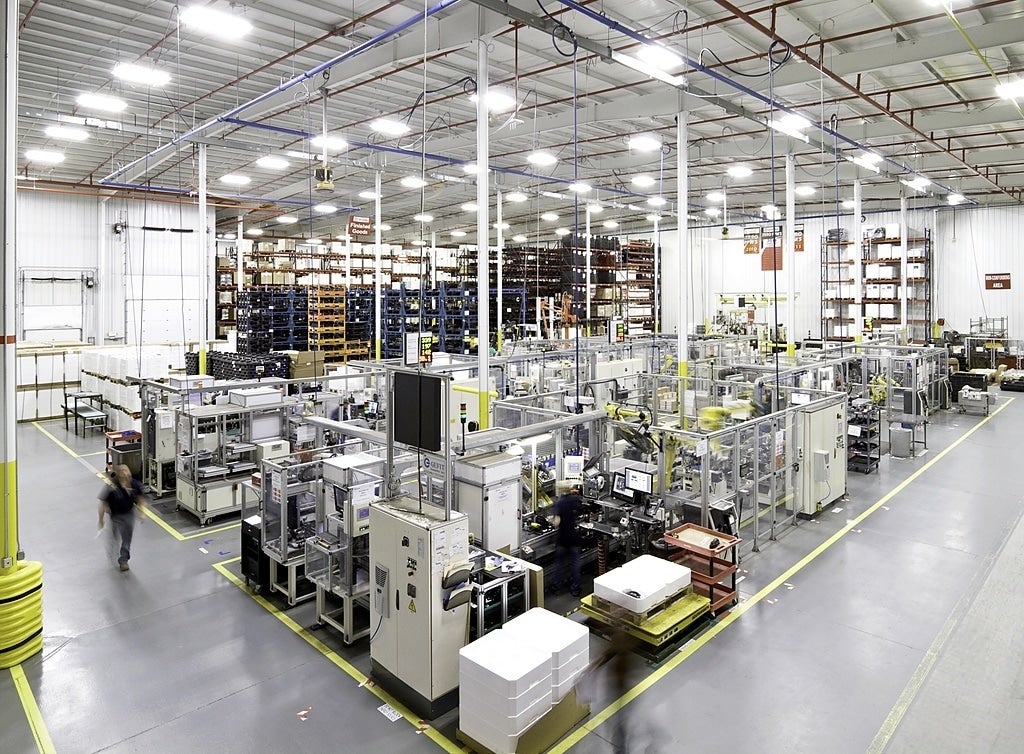