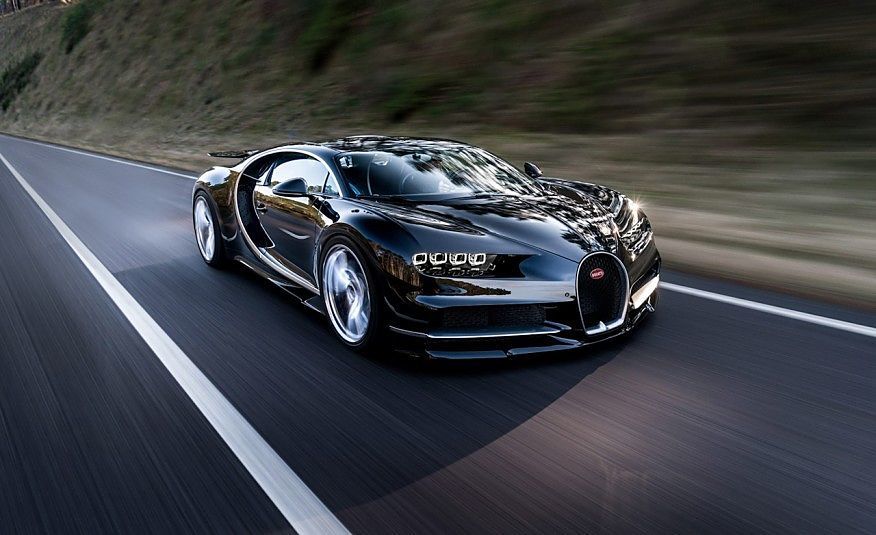 With a claimed top speed of 261 mph, the 2017 Bugatti Chiron is the world’s fastest production vehicle. The Chiron’s goal is to be so unattainable, unimaginable, and magical as to establish Bugatti as the ultimate automotive marque for the most discerning and deep pocketed customers.

Only 500 Bugatti Chiron models will be built for global consumption, because you know, nobody wants a mass produced hypercar that costs $2.6 million.

Like the Veyron, the Chiron’s passenger tub and body panels are all made from carbon fiber. Even though the Bugatti Chiron is 3.2 inches longer, 1.6 inches wider, and 0.3 inches taller than the Veyron, the extensive usage of carbon fiber helps maintain its weight close the 4,486 pounds of its predecessor. Bugatti engineers claim the Chiron’s structure is as stiff as the ones underpinning the LMP 1 racing prototypes.

The exterior design of the Chiron is more fetching than that of the Veyron. The C-shaped pillars are in homage to the 1930s-era automotive masterpieces like the Type 57 Atlantic and Atlante, as is the spear running along the vehicle’s spine. Up front, Bugatti’s trademark horseshoe shaped grille remains, while the center badge is rendered from five ounces of silver, surrounded by quad-LED headlights. The rear bodywork is beautifully sculpted and is more dynamic than that of the Veyron. However, when compared to the rest of the rear end design, the taillights looks like they belong on some other vehicle and not the Chiron.

Mechanical aero bits range from a hydraulically operated diffuser, front splitters, and a four-position rear spoiler that can either sit flush with the rear, extend slightly for top speed runs, fully extend, or fully extend and tilt when set in air-brake mode. The undercarriage protection panel is mostly flat, save for NACA ducts that feed massive amounts of air to the engine, transaxle, and the rear brakes.

The massive 8.0 L quad-turbocharged W-16 engine returns for duty in the 2017 Bugatti Chiron. However, the redesigned motor now pumps out a jaw-dropping 1,500 horsepower and 1,180 lb.ft. torque. Bugatti engineers tuned the Chiron’s quad-turbochargers to work sequentially, with two working at low engine speeds for better throttle response before the remaining two kick in roughly above 3000 rpm for maximum thrust.

RELATED
2020 Audi A5: This Hot Tamale Is Still Smokin'

Exhaust is routed from the engine and turbochargers via a new titanium unit which Bugatti estimates to weigh about 44 pounds.

As in the Veyron, power is routed to all four wheels via a seven-speed dual-clutch automatic transmission. Bugatti states that the clutches are the “largest, highest performing” components ever fitted to a car. I hope that claim is true and not some marketing hype because with 1,500 horsepower and 1,180 lb.ft. torque, the Chiron is estimated to sprint to 60 mph from standstill in under 2.5 seconds.

The 2017 Bugatti Chiron is equipped with five driving modes: the standard “EB” automatic mode, Lift, Autobahn, Handling, and Top Speed. Each mode alters the dampers, ride height actuators, power-steering calibration, rear differential, active aero, and stability control. The driver can toggle through the five driving modes via a dial on the steering wheel, but as on the Veyron, the Top Speed mode requires a separate “Speed Key” to uncork the Chiron’s full potential.

Other driving modes are limited to “just” 236 mph and the “Lift” mode automatically cancels out at 31 mph. Autobahn mode is activated at speeds above 112 mph. In the Handling mode, the Chiron lowers itself, raises its spoiler to the highest position, and stiffens the dampers.

The Bugatti Chiron can pull an estimated 1.5 g’s in lateral acceleration thanks to massive 20-inch rims wrapped in massive 285/30 front rubber and 355/25 rear rubber. Stopping the Chiron from eye-watering speeds are a set of massive carbon-ceramic brake rotors that are 0.8 inches larger in diameter and 0.1 inches thicker. Front rotors are 16.5 inches in diameter and the rear ones are 15.7 inches. The front rotors are clamped with 8-piston calipers and the rear rotors are clamped with 6-piston calipers.

Oh yeah, there is even an air-brake!

The interior of the Chiron has been completely redesigned and the attention to detail is second to none.

The overall layout is simple, yet upscale and includes a glowing rib that sweeps down the middle of the cabin and is said to be “the longest light conductor used in the automobile industry.” The center console features simple aluminum dials for the climate control system that pours down a bright aluminum strip, supported by carbon fiber ribbing. Infotainment and Navigation duties are handled by a pair of screens surrounding the analog speedometer. The entire gauge pod is milled from a single piece of billet aluminum.

Audio is provided by Accuton and it can be tuned to account for any of the 31 different leather choices and eight micro-suede interior upholstery options. The four tweeters feature a one-carat diamond membrane that deliver crystal clear sound.

With only 500 models planned, the 2017 Bugatti Chiron will be instantly snatched up by wealthy collectors. Once launched, the new Chiron will definitely blow minds, especially of those who have the means to purchase one.

RELATED
What Is TOGG? This Short Video Previews a New EV from Turkey 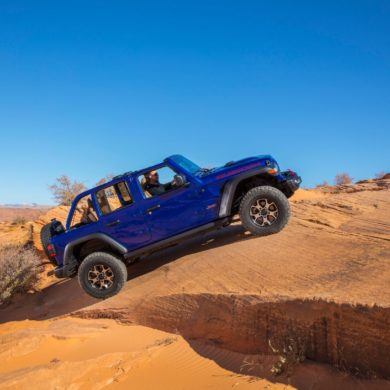