What Did That Say!? 14 Road Signs You Won’t Believe

Every once in awhile, you might see an old sign at an antique shop or on the wall of a restaurant. Although cool for nostalgia purposes, they don’t cause you to scratch your head and wonder. Most road signs on our daily commute don’t either.

I recently sat next to a gentleman on an airplane who boasted about his “No Dumping” sign. He had a raspy voice from too many cigarettes, the product of a “constant party life,” he said. The sign, above the couch in his apartment, was something the “chicks dug” and if not for that, he insists he would have pitched it long ago. Seeing how I am not a master with the fairer sex, I took his word but did, when he got up to use the restroom, ask the woman seated next to us what she thought of the sign.

“Maybe they have one of those signs in the bathroom so he will feel at home,” she said, rolling her eyes and thumbing though a magazine. “Then again, if he ate any of the airport’s fast food, he could be in trouble.”

Despite the ambiguous nature of the sign, if you have private property, this might be ideal for you. Unwanted refuse on your property can be a burden, especially if you are trying to lawfully abide by any regulations. For everybody else, including the nice lady on the plane, there is the ever so prevalent potty humor. 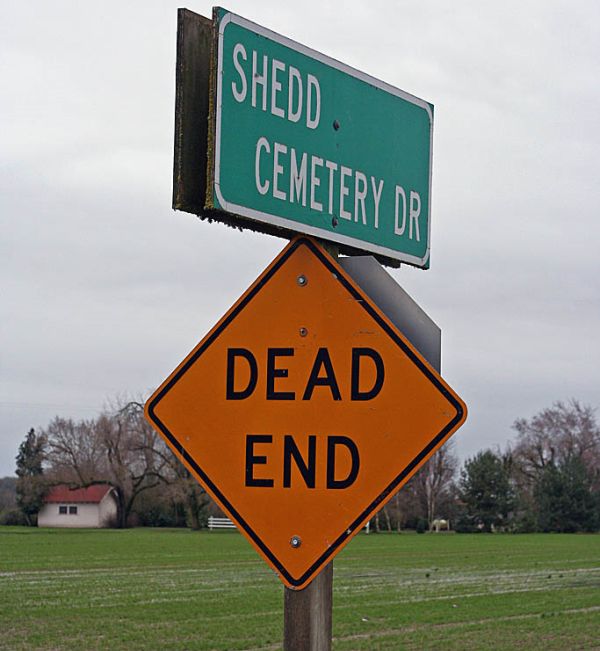 I feel like these signs were hung by the well intentioned person who inadvertently puts their foot in their mouth. Except, it’s not so much their words, as everything they do. Equivocal language is their worst nightmare, poking in at the most inopportune times, even if they aren’t talking.

With a stroke of bad luck, you now have two signs, otherwise harmless, combining for morbid humor. I’m not sure if this is real, but it’s awesome, referencing the Blondie song from 1978. I dread roundabouts and always cringe when I see one pop up on my navigation. They are to traffic what a battle royale is to professional wrestling: every man for himself!

One time, on a business trip, two colleagues and I were nearing our hotel but had to venture through the concrete labyrinth known as a roundabout. We turned the whole loop, more than once, debating which way to go, when our navigation suddenly went AWOL.

Cue up the “whoop, whoop, whoop” sound effect and you would have mistaken us for the Three Stooges turning a dismayed circle. After a few other motorists let us know their thoughts via horn, we departed down a channel leading out of the chaos.

Our friends at Netflights put together this wonderful graphic showing 14 other quirky road signs from around the world. Some of them are hilarious and others, downright strange. If you have any photos of a wacky road sign, be sure to let us know.

“Fartkontrol” means “Speed Control,” when translated to English, by the way. 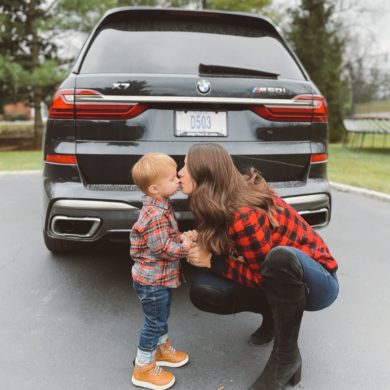