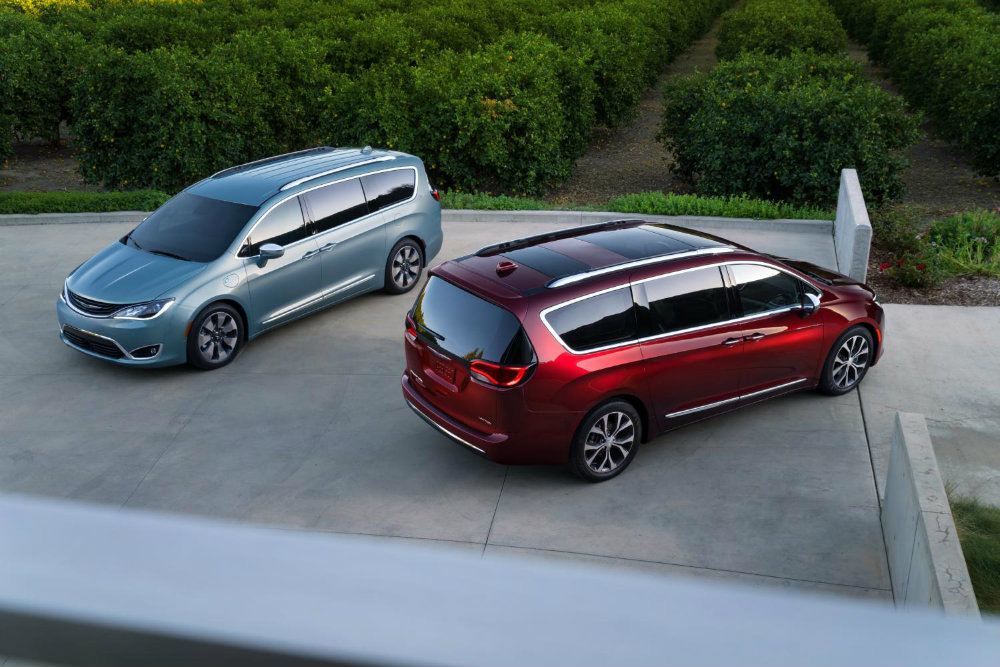 The 2017 Chrysler Pacifica is a minivan but it doesn’t seem like a typical minivan. My parents once owned a 1989 Dodge Caravan and were thrilled the day they purchased it. I can remember both of them remarking how “pretty” the wood grain looked. They even managed to get a turbo model, which if you knew my parents, the thought of them with a turbo charged anything is hysterical.

Nonetheless, our Dodge Caravan prevailed as the primary family vehicle.

Fiat Chrysler Automobiles created the minivan more than 30 years ago. Through the first five generations, Chrysler introduced 78 innovations. It’s a tremendous accomplishment but the unveiling of the 2017 Chrysler Pacifica at the North American International Auto Show proved the bar was further raised.

It presents 37 minivan firsts to the segment, nearly half of what the 5 previous generations brought.

“We looked at how to reinvent this thing and provide something that has the right exterior styling and design. We looked at the interior because it’s on the inside that counts on this vehicle. We looked at everything and asked how we make each one of those perfect for each family. We continuously researched and tried to get customer feedback on how to improve,” said Patrick Keitz, Chrysler Brand Product Manager, Chrysler Pacifica.

“We looked at what affects ride, handling, and cargo capacity and it all comes back to the new architecture,” Keitz said.

Inside, a vault style interior puts emphasis on quietness. Special care was taken to block wind and road noise. Active Noise Cancellation (ANC) is standard on all models, particularly nice for a road trip with family and friends.

The 2017 Chrysler Pacifica features a choice of two powertrains, including the segment’s first hybrid. Chrysler Pacifica Hybrid will see an estimated range of 30 miles, solely on zero-emissions electric power from a 16-kWh lithium-ion (Li-ion) battery. During city driving, 80 MPGe is expected.

The Chrysler Pacifica Hybrid uses an electrically variable transmission (EVT). Patented by FCA US, the device features two electric motors, both capable of moving the wheels.

“The performance is best-in-class,” Keitz said. “And we brought in the hybrid vehicle, which we look at as being a halo vehicle, not only for the brand, but also for Fiat Chrysler Automobiles as well.”

FCA focused extensively on this as the modern minivan was re-conceived. Viewing the Pacifica at NAIAS 2016, I thought it had a sleek exterior, unlike how I would picture a traditional minivan. The one on display in Detroit had tinted windows, adding a little bit of intrigue. The sliding door tracks are hidden under the rear-quarter side glass, making them near invisible. This also adds a bit of mystique to the Pacifica, which is accentuated by a long wheelbase, wide track, low ground clearance, and available 20-inch wheels.

“We wanted to be able to wrap it all up with an outstanding design and that’s why we are the only minivan in the segment today that is going to offer things like 20 inch wheels,” Keitz said. “We also have a tri-pane panoramic sunroof that adds to the spaciousness of the vehicle.” The 2017 Chrysler Pacifica is an advanced safety and security powerhouse with more than 100 standard and available features. The available Surround View camera, for example, uses four cameras around the vehicle to provide 360-degree views, including a bird’s eye perspective.

This will be quite handy in busy parking lots.

Other safety features include: ParkSense Parallel/Perpendicular Park Assist, which uses ultrasonic sensors to guide drivers into parking spaces, Adaptive Cruise Control with Stop and Hold, which maintains the distance between the Pacifica and the vehicle in front, and can bring it to a controlled stop under certain circumstances. Forward Collision Warning-Plus deploys the brakes and alerts drivers if an impact seems imminent and LaneSense Lane Departure Warning-Plus. That leverages the electronic power steering by delivering a torque input to alert and assist drivers with corrective action.

The body structure also increases safety with the use of high-strength steel. Furthermore, The Chrysler Pacifica has up to five seating positions that will accommodate LATCH child safety-seat installation.

“Safety is the price of entry because our customers have precious cargo,” Keitz said. “Yes, they want to get from Point A to Point B but we wanted to make sure family members are safe in this vehicle.” The 2017 Chrysler Pacifica has a Uconnect Theater entertainment system, 7-inch full-color driver information display, 8.4-inch touchscreen, and Uconnect Access which provides everything from fuel prices to movie listings. In case you can’t catch a movie, the Uconnect Theater rear seat entertainment system will take over. Passengers can enjoy movies, play built-in games, surf the Internet, and stream content throughout the vehicle via two high-definition 10-inch touchscreens.

“With the entertainment system, we wanted to make sure the whole family is connected,” Keitz said. “It’s always an evolving process but we always ask how we can incorporate the entire family in the vehicle.”

“People want minivans for functionality and versatility,” Keitz said. “We asked: how can we put one seat down and be able to have the kids get into the third row? How can we be able to take the kids, drop them off at school, get some landscaping supplies, and do a weekend project with the vehicle? The 2017 Chrysler Pacifica encompasses what it would take two or three vehicles to accomplish in one day.”

When you look at the 2017 Chrysler Pacifica, there is a lot to digest in terms of available technology and features. The idea behind the 2017 Chrysler Pacifica was to include it all under one roof, panoramic or otherwise. According to research from FCA, the number of children under 13 is going to grow by 4 million between now and 2025. The automaker believes this will increase demand of family vehicles by over 2 million units.

The 2017 Chrysler Pacifica is well positioned then.

“That’s why we encompassed all these features,” Keitz said. “We have a huge opportunity in the next ten years to really showcase to these families how this vehicle offers everything they want and need.”

The 2017 Chrysler Pacifica is available in six models and the hybrid in two. Expect the gasoline models this spring with the hybrid arriving in the second half of 2016. The Windsor Assembly Plant in Windsor, Ontario, Canada is responsible for production.

What do you think of the 2017 Chrysler Pacifica? 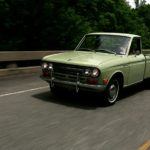 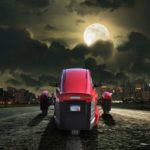