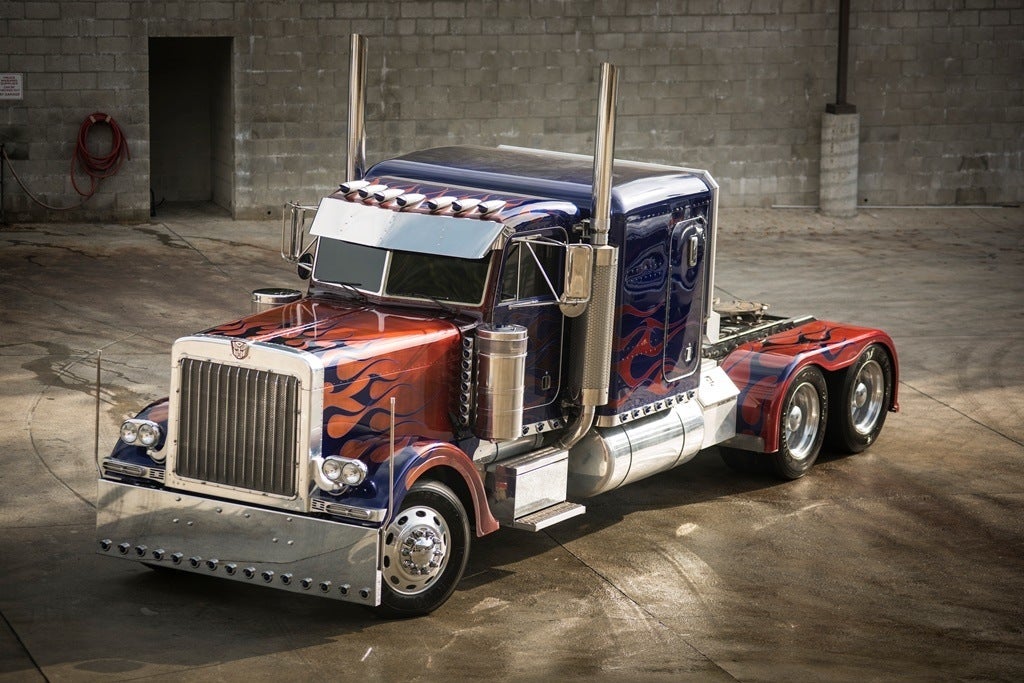 Autobots and Decepticons have been battling for Cybertron for decades in our bedrooms, books, televisions, and movie theaters. When it comes to picking my allegiance in the never-ending battle between good and evil, I have always sided with the Autobots.

If you are like me, then you are going to like the good news I have to share with you. Later this month, at the 2016 Barrett-Jackson Auction in Scottsdale, Arizona, two key Autobots will be crossing the auction floor.

These are the two most recognized and loved Autobots in the Transformers series: Optimus Prime and Bumblebee!

Optimus Prime (Lot # 1325.1) is a heavily modified, 1992 Peterbilt 379 semi. It makes a big presence wherever it goes with its distinctive, over-sized exhaust stacks that generate a unique rumble. The truck is fully functional and it also has a real VIN number and title. The title is currently registered with Paramount Pictures, which adds a true celebrity to the lucky winner’s garage.

As he is the leader of the Autobots in the Transformers franchise, Optimus Prime includes unique features like a mirror finished, custom aluminum bumper with matching aluminum wheels, tanks, and storage boxes. The truck also features an armor-like “headache rack” behind the extra-deep sleeper unit. To assist with the illusion that Optimus Prime is self-driven, the truck boasts dark tinted windows. The big-rig is also fitted with rows of glowing lights, which suggests that an intelligent being resides within the truck’s body.

However, the centerpiece of Optimus Prime is the custom grille, capped off with a silver and red “Autobots” logo. So, one thing is for sure: you definitely do not want to be the vehicle in front of this menacing, although gentle beast.

Bumblebee (Lot # 1325.2) is a 1967 Chevrolet Camaro Resto-Mod which starred in Transformers: Age of Extinction with Mark Wahlberg. In many circles, Bumblebee is the most beloved Transformers character.

The beauty of this particular Bumblebee is that it is owned by Transformers Director, Michael Bay. This Resto-Mod 1967 Camaro features so many unique parts, spotting this Hollywood movie star on public roads should not be an issue. After its appearance on the silver screen, the Camaro has lived a charmed life in Michael Bay’s personal collection (how cool and awesome is that?!)

However, that does not mean this car is only a movie prop. It is a fully functioning vehicle which can be enjoyed at the fullest by its new owner.

Since this 67 Camaro is a Resto-Mod, it features all the modern conveniences wrapped in classic, ’60s sheet metal. Like a brand-new Camaro, Bumblebee features a modern, fuel-injected V8 engine with an overdrive manual transmission. The chassis has been upgraded with heavy-duty suspension and four-wheel disc brakes. Inside, Bumblebee is fitted with air conditioning, stereo, and late-model leather seats.

From the outside, this 1967 Chevrolet Camaro stands out among the crowd, thanks to its massive, one-off carbon-fiber flares which cover extra-wide Nitto tires, wrapped around custom three-piece wheels. A massive front splitter complements the wide fender flares. Behind the original-style “hideaway” headlight doors are custom LED Halo headlights that emit an ominous yellow glow when turned on.

Bumblebees’s look is completed with various yellow accents, which include a RideTech “Tiger Cage” roll bar inside the cabin, with a yellow spoiler and striping.

If you are a big Transformers fan, and especially a supporter of the Autobots like me, then this is your once-in-a-lifetime-chance to go home with Optimus Prime, Bumblebee, or both. If you are interested, then visit the 2016 Barrett-Jackson Auction in Scottsdale, Arizona from January 23rd to the 31st.

You will find these two Autobots and many more desirable rides. 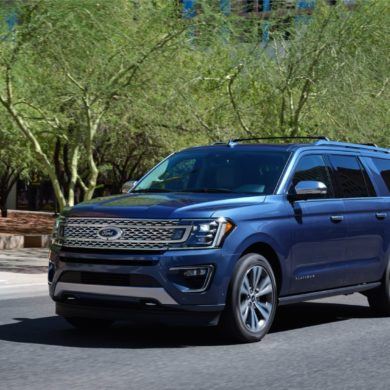