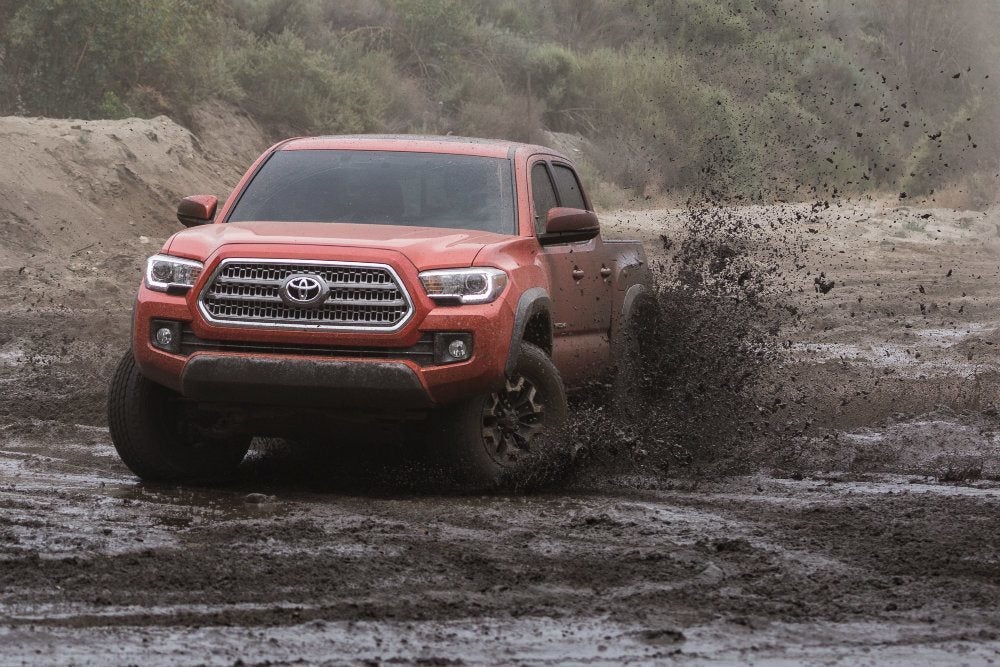 Consumers have been waiting for the new 2016 Toyota Tacoma pickup and it’s finally here. Many Toyota enthusiasts will be looking to trade in their older Tacoma and many new buyers will also be looking to trade up. The pickup has been a stalwart in the mid-size truck category and Toyota completely redesigned the Tacoma for 2016. We’ll see what the changes are and what it means for midsize pickup buyers as we drive the 2016 Toyota Tacoma TRD Sport 4X4 Double Cab.

The 2016 Toyota Tacoma boasts a new V6 engine, interior, and even more available off-road performance. Outside it gets fresh styling, a new cabin structure, a new transmission, retuned suspension, and improved noise insulation.

One thing Toyota didn’t change on the new 2016 Tacoma is the high floor and low roof. You need to watch your head getting into the cab and it can feel cramped inside for tall drivers. Our tester came with an attractive, all-black interior and lots of soft-touch materials throughout, however. It features plenty of storage and Toyota added a convenient cell phone charging pad in front of the gear shifter.

We thought the front seat had limited adjustment capabilities and offered minimal support. The steering wheel tilts/telescopes making it easier to find the right driving position. A rear backup camera made backing up easier before it got covered with ice and snow this week in Denver. Double Cab models feature a full-size rear seat, (split 70/30) and flip up to reveal convenient underseat storage to stow away valuables out of sight.

The rear seats offer adequate room for two adults but would be cramped with three.

The 2016 Toyota Tacoma’s new V6 power output is 278 horsepower (an increase of 42hp over the previous 4.0-liter V6) with 265 lb-ft of torque. EPA fuel mileage estimates for the six-cylinder Tacoma automatic Double Cab 4X4 are 18/23 city/highway and 20 combined mpg.

With the optional tow package, this Tacoma is rated to tow up to 6,800 pounds, but that might be a stretch considering the V6’s available power.

The biggest improvement in the Tacoma’s ride quality is the cabin being noticeably quieter than its predecessor. Toyota added more sound-deadening insulation and we could tell the difference. Toyota engineers made the cab a nice, quiet place where you can have a conversation or listen to music in an improved acoustic atmosphere. The Tacoma’s 3.5-liter V6 engine is also quieter and smoother than the outgoing 4.0-liter engine.

Tacoma’s V6 offers plenty of power for city commutes, but we felt it was underpowered in the high-altitude driving in the mountains west of Denver. We were testing it at 7500-9000 feet in elevation which does make a difference. If Toyota cranked up the power to around 300hp and 290 lb-ft of torque, it would be the ideal setup for high altitude driving.

We took the Tacoma on some icy, snow-covered dirt roads this week and the pickup felt stable. We felt completely in control even with the standard all-season tires. Put on a good set of winter or mud tires and the truck will go just about anywhere.

Driving up I-70 into the mountains the new 6-speed automatic wants to hunt for the right gear and kept down shifting. On the flats, the trans does a good job, with quick and easy shifts.

The new 2016 Toyota Tacoma TRD Sport 4X4 Double Cab is a capable midsize pickup but with a high floor and low roof. It continues with having a reputation for durability and a strong resale value. The new V6 is supposed to get better fuel economy than the previous engine too. Despite our skepticism on a few things, if you are transporting dirt bikes, or heading up the mountain to go snow skiing, or pulling a small trailer with machines, this truck will certainly fit.

Check back in a few weeks because we’ll get our hands on the 2016 Tacoma TRD Off-Road. 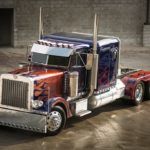 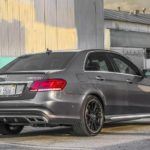 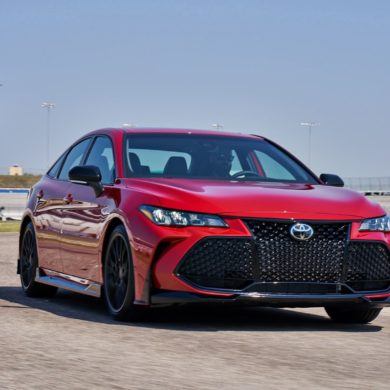