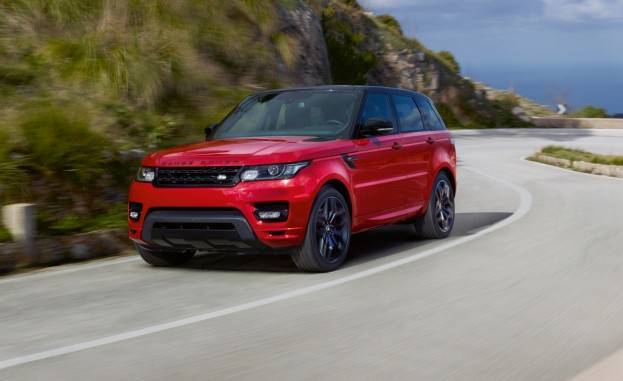 Earlier this year at the 2015 Detroit Auto Show, Land Rover made a huge announcement by launching the first-ever Ranger Rover Diesel in the United States.

So, if you’re a Range Rover and diesel engine enthusiast, then there’s more good news waiting for you at the 2015 New York Auto Show, which starts on April 2nd, so mark your calendars now.

At the 2015 New York Auto Show, Land Rover will be debuting the 2016 Range  Rover Sport with the same 3.0 L turbo-diesel V6 found in the standard Range Rover, which produces 254 horsepower and 440 lb.ft. of torque. Even with all of this power, Land Rover estimates that the 2016 Range Rover Sport Diesel will achieve fuel efficiency ratings of 22 miles per gallon in city and 28 miles per gallon on the highway.

Compared to the 2015 models, the 2016 Range Rover Sport models come standard with hands-free gesture controlled tailgate, Terrain Progress Control with advanced off-road capability, and new InControl Remote app, which allows the driver to connect the vehicle with their smartphones.

Performance wise, the 2016 Range Rover Sport HST also comes standard with upgraded suspension and brakes. The vehicle also features a unique Dynamic Mode, which is a part of the Terrain Response System, which optimizes steering and other systems for smoother on-road driving experience.

When compared to the base 2016 Range Rover Sport, the HST model is differentiated by 21 in alloy rims, painted in dark satin gray finish and behind them are red painted brake calipers. Additional design elements include the hood, grille, fog lamp, headlight and  taillight bezels and front fender vents painted in gloss black.

Outside, the 2016 Ranger Rover Sport HST features “Range Rover” lettering on the hood and tailgate and also features unique HST badging on the front fender vents.

To remind its occupants that you are in a special Range Rover Sport model, the interior of the new Range Rover Sport HST features Oxford leather seats, bright “sport” pedals and ebony door trim and center console.

To further remind you that you are driving a special Range Rover Sport model, the interior designers at Land Rover have inserted additional HST badges to the SUV’s carpets, dashboard and the instrument panel.

As of this writing, Land Rover has not provided any information regarding the 2016 Range Rover Sport’s price tag. But, more information will become available next week and expect an announcement on the pricing as the vehicles reach closer to their launch date later this year.