Affordable, fuel-efficient, and stylish are three characteristics consumers want in a new compact sedan. This is what Chevy has given the U.S. market in the redesigned 2016 Chevrolet Cruze. The compact sedan comes in at a starting price tag under $20,000 ($17,495) for the base model – but be careful with the options – because you can get it up to $30,000 in the blink of an eye.

Over the weekend, we tested the top-of-the-line, 2016 Chevy Cruze in Premier trim.

The 2016 Chevrolet Cruze has been completely redesigned. It gets revised styling and many new technology features.

The first words that come to mind after sitting in the Cruze cabin is stylish and contemporary. The new dash has a curving line that runs diagonally through the dashboard. It’s especially attractive and visually appealing. It sets the stage for everything that happens in the cabin. There’s also lots of soft-touch materials and the all black interior is complemented by stitching on the dash, seats, and door panels.

The Premium cabin has a luxury feel.

The interior features are well laid out with easy to use controls. We appreciated the cell phone tray that keeps your phone from falling on the floor or sliding between the seats. There’s lots of technology to keep you connected too. Chevy includes their MyLink infotainment system, which employs the optional 8-inch screen on this Premier. The inclusion of Apple CarPlay and Android Auto lets you enjoy a fully integrated smartphone experience.

The interior is also functional with the 60/40 split rear seats folding flat for additional cargo. There’s a surprising amount of legroom for adults in the back. We took two co-workers to lunch and they commented on the roomy back seat. The heated rear seats, fold down tray, and 120V AC outlet add extra comfort and will keep passengers connected.

The 2016 Chevrolet Cruze is powered by a turbocharged 1.4-liter four-cylinder engine rated at 153 horsepower and 177 lb-ft of torque. It comes mated to a 6-speed automatic transmission powering the front wheels. EPA estimates are 30/40 city/highway and 34 combined mpg.

We were immediately impressed with the new 1.4-liter turbocharged engine in the Cruze. It’s offers strong acceleration from a stoplight and we could pull up I-70, heading into the higher altitudes of the mountains, without a problem. The extra torque – lower in the revs in the new engine – allowed us to pull hills without any constant downshifts.

The 6-speed automatic is a real pleasure to drive over the annoying CVT automatics in many compacts.

We adjusted the tilt/telescoping steering wheel and sat back for a comfortable ride all week. The new aerodynamic exterior design is more than just for appearance – it kept wind noise to a minimum. The cabin is quiet at higher speeds and the ride is smooth for a compact car even with the larger 18-inch wheels.

The Cruze tackled the commute with ease as we navigated through the city streets and busy highways of Denver. The enhanced rear suspension on the Premier is worth it for mountain driving, or through any area with curved roads. You won’t notice it much in the city, but the Cruze suspension carved the tight corners with minimal body roll and lean.

Overall, the Cruze is a good urban commuter during the week that will handle double duty on the weekends if necessary.

The 2016 Cruze is a fuel-efficient, stylish compact sedan from Chevy that is a very capable commuter. It has a sporty ride that’s a six out of ten on the fun-to-drive meter. It features new technology that will keep you connected and if you don’t load up on the options, the Cruze is very affordable. 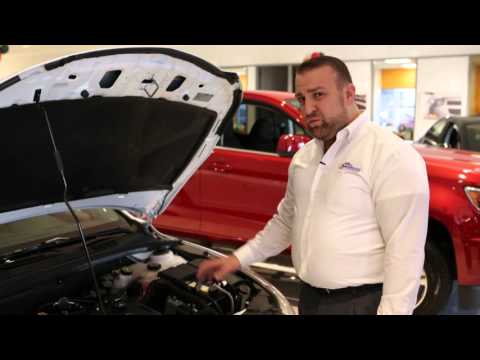