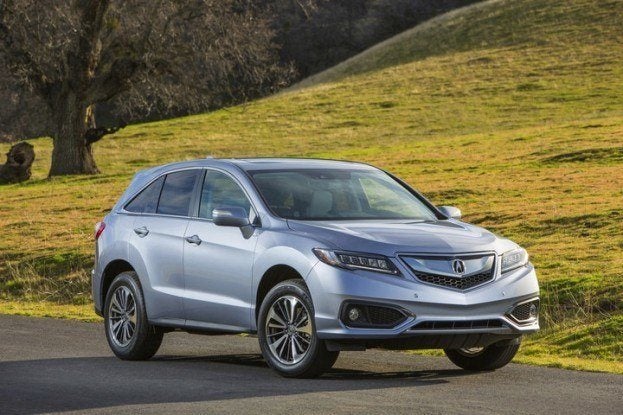 When guys decide to have a day out, it usually involves one of three things, guns, cars or sports. This week we decided on guns and went to an outdoor shooting range for some clay pigeon shooting. What does this have to do with the 2016 Acura RDX? We loaded four guys and their guns in the new sophisticated compact crossover and took it out east of Denver to the shooting range. Let’s see how it performed.

For 2016, the Acura RDX gets a new AWD with Intelligent Control that’s been tuned for greater rear torque bias to further enhance dynamic stability and all-weather performance. For 2016, RDX receives new sporty and prestigious upgrades, including refreshed front and rear styling, the addition of Acura’s signature JewelEye LED headlights and LED taillights, an array of interior enhancements, and two new wheel designs.

All 2016 Acura RDX models can be equipped with the AcuraWatch Plus package of advanced safety and driver-assistive technologies and comes standard on the Advance Package. Featured technologies available include Collision Mitigation Braking System (CMBS) and Lane Keeping Assist System (LKAS). MSRP of the 2016 RDX is just $175 more than the 2015 model. 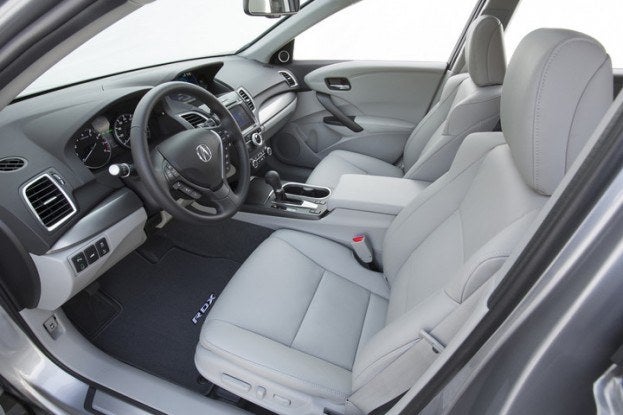 As we piled into the RDX for the road trip to the shooting range, we noticed the interior had lots of soft touch materials and what we would call a semi-luxurious feel. The front leather seats are comfortable, with eight-way adjustment and a tilt-telescope steering wheel so six-footers are fine.

The Acura RDX shares its structure with the Honda CR-V, making it a five-seat compact. In the back, the two large guys felt crowded on the one hour ride out east to Byers. The guys in back did like the rear console vents on the hot day. We cranked up the air and they were fine after that. We were able to store our ammo under the rear cargo area for security when we stopped for lunch and the guys were impressed with that. The four shotguns fit nicely behind the second row seat with plenty of extra room for our other gear. We did notice there was limited visibility out the rear due to the smaller side windows. Maybe it was the because of the guys two big heads we had to look around. 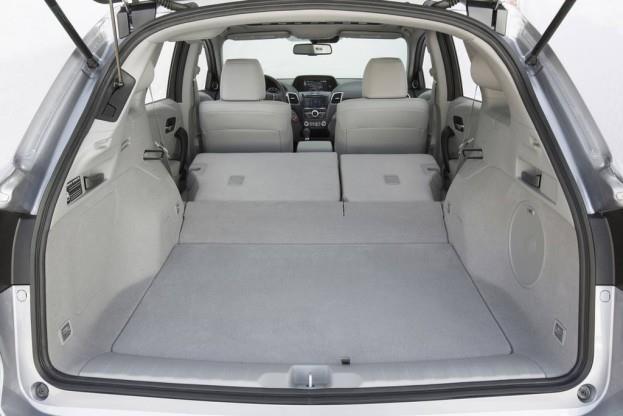 The 2016 Acura RDX comes with a smooth 3.5-liter V6 engine that makes 279 horsepower and 252 pound-feet of torque, coupled to a 6-speed automatic with paddle shifters. For 2016, The V6 gets more power, 1 mpg improved fuel economy ratings and a fatter torque curve across all engine speeds. RDX picks up one mpg in EPA highway fuel economy (AWD: 19/28 city/highway and 22 combined mpg. RDX does recommend premium fuel. The RDX can shut down three of the six cylinders to improve fuel mileage when not needed. This is seamless and we never felt it.

Most of our driving was done on the 4-lane interstate, but we did get a good feel for how the RDX performs in the city. The compact crossover is nimble and maneuverable in tight spaces and super easy to park. Once we got off the highway, it had excellent balance in the curves, making it enjoyable to drive on the winding two-lane road leading to the range. 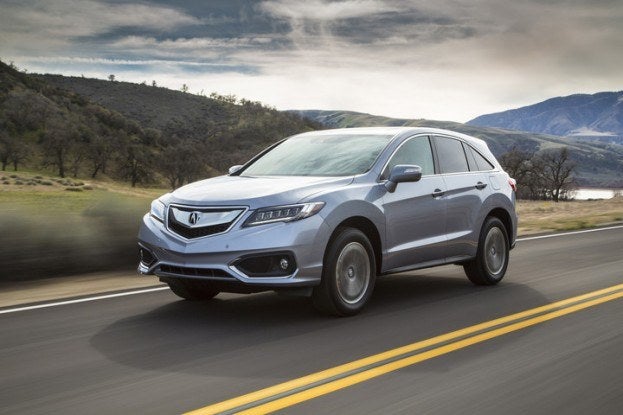 We could feel the extra six horsepower increase in the V6 which it needed as we hauled the four guys and gear. The broadening of the torque range makes it more responsive at almost all engine speeds, especially improving drivability around town. RDX felt quick as we pushed it hard from 0-70 mph. It also made passing on the two-lane road easy.

The RDX is fairly high on the fun to drive meter especially on winding roads. The suspension is refined to the point we could barley feel the vibration and jolts on the rough dirt road leading off the two-lane to the shooting range. In spite of the guys feeling a little cramped in back, they arrived in good shape to drop a few clays out of the sky. 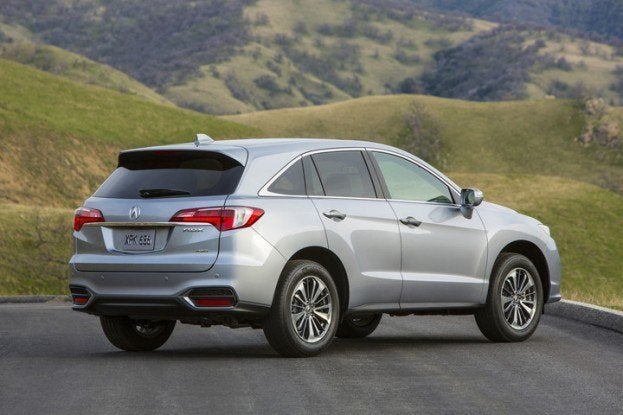 The 2016 Acura RDX is a semi-luxurious premium compact crossover with a smooth and powerful V6. It makes for an ideal city commuter that’s easily maneuverable in tight city streets. It offers nimble handling, a comfortable ride, strong safety results, and an upscale cabin with good cargo carrying ability.