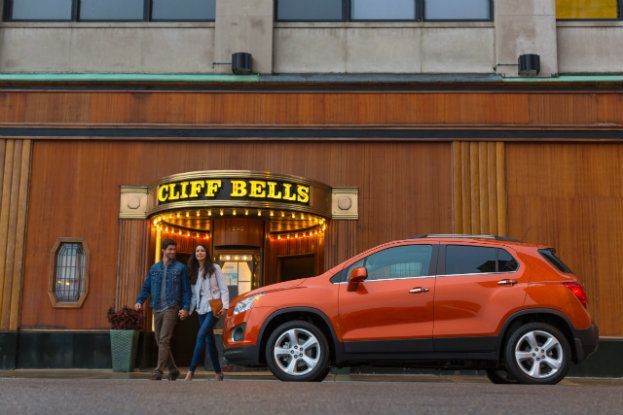 Sometimes bigger isn’t always better, and for urban commuters, the Chevy Trax could make perfect sense. In tight urban areas where size really does matter, a small crossover hatchback can make a lot of sense. The Chevy Trax is an affordable city commuter that’s easy to drive, easy to park, and features the latest technology for a new generation.

In its second year of production, the Chevy Trax remains essentially unchanged except for a few new colors. Exterior colors include Crimson Metallic, Sable Metallic, Cyber Gray Metallic, and Champagne Silver Metallic. It comes in LS, LT, and LTZ trims.

There is the latest technology inside to satisfy a new generation of buyers with Trax’s standard MyLink interface that links with your smartphone.

Stepping inside, the Trax feels like a larger vehicle. We liked the Trax’s taller roof line that offers good visibility in congested city traffic and navigating tight parking spots. It’s easy to see out of the bright, airy windows. There’s plenty of useful interior space and it offers useful utility for transporting sports equipment and hauling extra cargo. Up front, headroom and legroom are plentiful, and while Chevrolet says it seats 5, the rear seat has really only enough room for two adults.

The Trax offers 18.7 cubic feet of cargo space in the back, and with the rear seats fold down, it expands to 48.4 cubic feet. The front passenger seat folds flat for transporting longer items too.

We couldn’t figure out why Chevy didn’t include a center console which impacts available interior storage.

Furthermore, the issue we had with the interior is the substandard quality of the materials. The cabin has a rental car feel with all the hard plastic and not much soft touch material on the surfaces.

The Chevy Trax is powered by a turbocharged 1.4-liter four-cylinder engine coupled with a six-speed automatic transmission. The engine produces 138 horsepower and 148 pound-feet of torque. Estimated fuel economy figures are 26/34 city/highway mpg and 29 combined with front-wheel drive.

For urban commuting, the Trax’s short wheelbase makes it an especially good city runabout. It’s small and compact, making it ideal for navigating city side streets, parking lots, and congested highways. The 1.4-liter turbocharged engine has enough power for most city dwellers and is adequate for the occasional trip to the mountains on the weekend.

It will struggle going uphill with four adults and loaded with gear, however.

The Chevy Trax is easy to drive and in the middle of the fun-to-drive meter. We took it up into the mountains and pushed the curves and the small crossover offered average handling, yet it remained well-controlled. The engine was quiet until we pushed it hard above the 3500 rpm mark where it can get a bit noisy. The 6-speed automatic transmission is geared for city driving which aids fuel economy but the overdrive sixth gear offers an enjoyable cruising experience on the highway.

For urban dwellers, the Chevy Trax offers an affordable city commuter that has the utility of a five-door hatch, with good visibility, above average fuel economy, and it’s easy to live with. The small crossover offers up-to-date technology and comes with lots of standard equipment for the money. 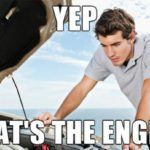 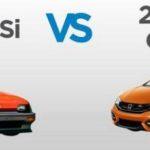