I’m a bit of a vehicular technoskeptic and generally find most new in-car technology ranges from semi-useful to “gimme-a-break” useless. Dash cams, while certainly serving a practical purpose, tend to strike me as possibly another tech innovation that answers a question no one ever thought to ask.

Thus, when the opportunity to test one of Garmin’s newest dash cams with some innovative new features was offered, I was eager to find out for myself whether a dash cam should become a must have for car owners.

And maybe I just might capture something on video never before seen, like Bigfoot or maybe Donald Trump admitting he’s wrong.

The Garmin Dash Cam 35 was released in September, the newest and most capable of the company’s small family of dash cams. The GPS-enabled Dash Cam 35, with a suggested retail price of $199 (as of this writing), not only records video, but labels footage with date, time, latitude, longitude, and speed so the user knows exactly when and where events take place. 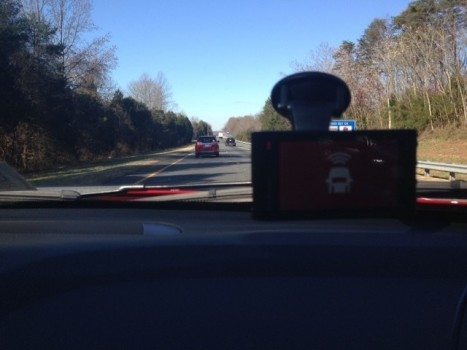 One of the most unique features of the Garmin Dash Cam 35 – the thing that really drew me to it – is the Forward Collision Warning feature, which provides visual and audible alerts to users when they are driving too closely to the vehicle ahead. The 35 will also warn you of red lights or speed cameras, something I never encountered, so I’ll take their word for it.

Straight out of the box, the 35 is simplicity itself. Set a few preference parameters, stick it on your windshield, plug in the included charger to your car’s lighter (it can also run on battery), and record away. When powered on, the device automatically starts recording, and while the screen darkens after a few minutes to reduce driver distraction, a red LED indicates the unit is constantly recording.

The user can define a few settings, such as whether date and time stamps are included on the recording, as well as whether audio is recorded. Take my advice on this: turn off audio recording straight away. In some states recording someone without their consent may be illegal, but I also seriously doubt any of us will gain much sympathy in court from what we were saying before, during, or after a car crash.

Video is recorded to an included 4 GB micro SD card, but Garmin says memory can be upgraded up to 64 GB (which I recommend—4 GB runs out quickly). As an added safety feature, the Dash Cam 35 has what Garmin calls “Incident Detection,” a G-sensor that automatically saves videos when a crash is detected. This is useful, since the memory is essentially a loop and once capacity is reached on the card, older, unsaved videos are recorded over.

You can play back footage on the device’s three inch color monitor, but the clunky controls and small screen make this impractical. A USB cable is included, so the best way to view footage is to connect the device straight to your computer. The images captured are crisp and very wide angle without feeling like a distorted fish-eye lens. The 35 can also capture still images, useful for cataloging crash damage shots from outside the car, or perhaps snagging that shot of Bigfoot when your cell phone is not handy. Like so much else in life, however, there are some caveats to the 35’s capabilities and ease of use.

For one, the Dash Cam 35 I received came only with an adhesive mount, which included a warning saying it is “extremely difficult” to remove once installed. Since I drive more than one car, I got the optional suction mount. The lack of a more portable mount in a $199 device is puzzling – all the more so because the box says a suction mount is included.

Mine was an early production model, so perhaps it was just an oversight in packaging?

The automatic recording feature also comes with a hitch. It works so long as your car has a “switched” power outlet to plug into—meaning, the outlet turns on and off with the ignition of the car, thus triggering the 35 to turn on or off. Without a switched outlet, the Garmin will stay on when plugged in, recording constantly until you manually turn it off or simply unplug it. This is not an insurmountable obstacle, but I’d love to see something more foolproof. In an era of always-on devices, it’s not hard to imagine forgetting to turn the cam on and realize it only after an accident.

The Forward Collision Warning System was interesting, but it had some drawbacks. It certainly worked—perhaps too well. I frequently got alerts on the highway, usually in situations that didn’t seem to present any real danger.

Garmin says the system compares the speed of the vehicle that the Dash Cam 35 is in and the car that the 35 is tracking to offer warnings of a potential collision. It only works if your car is traveling at least 30 mph, so it usually won’t provide any collision warnings around town or in stop-and-go traffic—unfortunately, you can’t depend on it to maintain your distance in the next traffic jam. 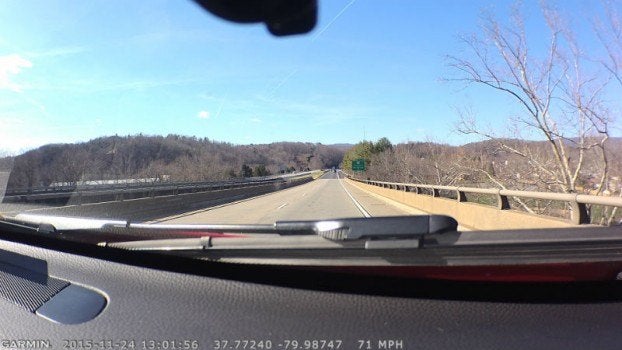 You can adjust the sensitivity of alerts, but I found this only made minor differences in the propensity to signal a collision alert. The frequency of the alerts I received leads me to believe the system is less precise than Garmin would like you to believe. I’ll give them a pass here since they certainly don’t claim the Dash Cam 35 is meant to be as sophisticated as the collision warning and control systems on, say, a new BMW 7 series or Mercedes-Benz S Class. But to serve as a truly useful feature and not just an annoyance, the Dash Cam 35 needs to be much more discriminating with its warnings.

Other than my few nits above, after a couple of months with the Garmin, I found it to be a nice, simple product. I’ve not used other dash cams, but I didn’t encounter any flaws serious enough to make me not recommend the 35 to a friend if they are eager to use one.

That said, I don’t know that I am convinced a dash cam is an essential tool for a driver. Dash cams can have their drawbacks, and other than serving as a silent witness, do not provide a great deal of added value on your daily drive. Whether you come to consider them an useful piece of vehicular tech may largely depend on how worried you are about protecting yourself in case of a worst-case scenario crash.

If you want to learn more about the history of dash cams, look here.

*Jonathan Orr is a writer, car aficionado, PR pro, Afghanistan veteran, and proud father of three. He considers his beloved Porsche 911 a member of the family. Follow him on Twitter: @jonathanjorr