We have examined autonomous driving and the technology increase in vehicles. However, it will see a race track before city streets. Formula E and Kinetik recently announced a partnership with the intention of developing a global race series for driverless, electric cars. ‘Roborace’ will take many of the autonomous technologies being developed by the automotive and tech industries and pit them against each other.

Roborace will support the FIA Formula E Championship, with the first race intended to take place during the 2016-2017 season. Roborace would take place before each Formula E race, using the same circuits in major cities across the world.

Ten teams with two driverless cars will compete in one-hour races over the full championship season. All teams would have the same cars and compete using real-time algorithms and Artificial Intelligence.

“We passionately believe that, in the future, all of the world’s vehicles will be assisted by AI and powered by electricity, thus improving the environment and road safety,” said Denis Sverdlov, Kinetik and Roborace Founder.

Sverdlov believes Roborace will create a world stage to display such advances. “It’s a global platform to show that robotic technologies and AI can co-exist with us in real life. Thus, anyone who is at the edge of this transformation now has a platform to show the advantages of their driverless solutions and this shall push the development of the technology,” he said.

In addition to highlighting future automotive and information technology, Roborace will show how such advances would hold up under harsh conditions like racing. Elements of a grassroots movement show as one of the teams will be open to all software, technology, and automotive experts.

“It is very exciting to create a platform for them to showcase what they are capable of and I believe there is great potential for us to unearth the next big idea through the unique crowd-sourced contest,” said Alejandro Agag, Formula E Chief Executive Officer. “Roborace is an open challenge to the most innovative scientific and technology-focused companies in the world.”

Charge, an automotive start-up founded by Kinetik, will provide additional support for both Formula E and Roborace. Charge develops extended range powertrains for commercial vehicles and will become the Official Truck Partner of the FIA Formula E Championship.

More information regarding teams, races, and car technologies will be available in 2016.

“We are very excited to be partnering with Kinetik on what is surely one of the most cutting-edge sporting events in history,” Agag said.

Are we entering a world of racing without the race car driver? What do you think? 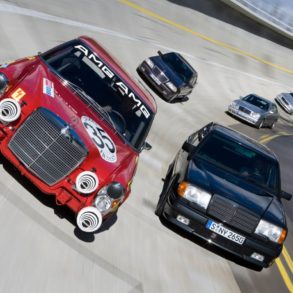