Over the years many great, title-winning Formula One drivers have been accused of simply having the better car. From Alain Prost and Ayrton Senna, to Michael Schumacher and his compatriot Sebastian Vettel; all have had their exploits undermined by those who claim their advantage was a mechanical one, unrelated to their quality behind the wheel.

Recently, Lewis Hamilton wrapped up his third world title, joining the pantheon of greats responsible for inspiring him to drive in the first place.

But, when driving a dominant car, just how much recognition should he get?

The feeling remains in Formula 1, that since the start of 2014, the season in which Hamilton won his second world title, the Brit has benefited from the huge advantage of being behind the wheel of a superior Mercedes-Benz car. But the notion that he is lucky to be in control of a car, which allows him to rack up the race wins, is far too simplistic a view. While it’s true Mercedes-Benz cars of the past two seasons have been well ahead of their rivals, the best drivers make the most of that advantage, and certainly can’t rely on the car’s capacity alone to pull them through over the course of a season.

Those who question the validity of Hamilton’s title wins forget that he has achieved them while being pushed all the way by a very capable teammate. This season it was Nico Rosberg, who’s unfortunate accident in the last race allowed Hamilton to claim the title. Back when Ayrton Senna was dominating the sport for McLaren in 1988 and 1989, his only real competition was his teammate, Alain Prost. But Hamilton has been able to see off the challenge of his German counterpart, who has been ready all season to take advantage of any slip-ups.

True champions have quality teammates pushing them all the way, just as Michael Schumacher had Rubens Barichello and Sebastian Vettel had Mark Webber. 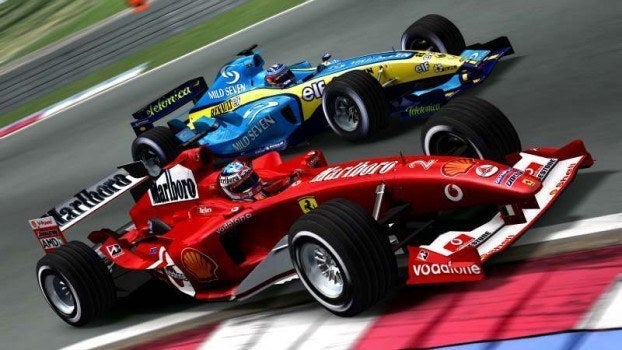 Champions Are Appreciated After Their Time

Amid all the claims of car advantage, it’s obvious that Formula One champions aren’t properly appreciated until everyone has had a few years to digest their achievements.

With seven title wins between 1994 and 2004, Michael Schumacher is now a true sporting legend, but back when he was winning races he was blamed for making F1 boring due to his relentless dominance.

In the case of Hamilton, should he go on to achieve more success (a feat which is highly likely) he may one day be appreciated as the best racing driver Britain has ever produced.

Man & Machine Need to Peak Together

In Formula One, the best drivers inevitably end up with the best constructors. Despite it seeming impossibly individualistic at times, this is ultimately a team sport. It’s in every racing team’s interest to acquire the best talent, whether that’s behind the wheel or in the garage. Giving too much credit to either Hamilton or Mercedes-Benz misses the point entirely.

F1 is about the smallest of margins and the pursuit of perfection by an entire team.

The driver is just a cog, albeit an incredibly significant one, in the whole process. This leads to one conclusion about Hamilton’s third world title: he deserves much of the credit, but not all of it. Dominant drivers can only win world championships behind the wheel of dominant cars.

What are your thoughts?