Old Man Winter is not the most enjoyable companion and for those living where snowfall is common, it’s only a matter of time. If the rush of pumpkin spice, peppermint, cinnamon flavored everything wasn’t a sign of winter approaching, certinately the endless array of holiday romance movies, adorning my Netflix account are.

Danielle informed me her holiday movie marathon would start the day after Halloween.

I’ve even watched a few with her.

Having a vehicle ready for winter is imperative but long before cars arrive on the lot, they are subjected to rigorous weather conditions. This is done to ensure both overall performance and safety. In a quiet community, south of Detroit, Ford Motor Company puts future automobiles through bitter, cold conditions, ensuring they are ready for harsh winters and heavy snow. In Allen Park, Michigan, Ford uses a climatic wind tunnel to help determine winter capability by simulating blizzard-like conditions. Every aspect of the vehicle’s behavior, during testing, is examined. For example, a continuous inhaling of snow will affect an engine and thus, air ingestion is monitored closely. Ford engineers also watch shift linkages and other components that may freeze. They document where snow, blowing upwards of 125mph, accumulates the most on the vehicle.

However, it’s not just winter performance Ford is after. Inside the climatic wind tunnel, engineers will create a polar swing, from frigid cold to blistering heat, subjecting the vehicle inside to this violent shift. A typical “swing” goes from as low as minus 40 degrees Fahrenheit to as high as 130 degrees Fahrenheit. Further testing requires Ford vehicles carry a full load of passengers and cargo, while some tow heavy loads, all while engineers document the findings.

Every Ford – from F-150 to Fiesta – experiences these scenarios so they are prepared for a range of climates in the real world. Ford has develop some cutting edge features to combat hard weather because of their work in Allen Park. Explorer’s Terrain Management System is one such advancement. The technology analyzes weather conditions about 20 times faster than we can blink our eyes, for pinpoint handling and solid traction. There are four modes to Ford’s Terrain Management System, one of which is snow. Front and rear camera washers are now available on Ford vehicles, so driver’s can still see the area around them in messy conditions.

Between Ford and Lincoln, 197,000 employees represent the company’s workforce. Snow testing moved to Allen Park in 2006. 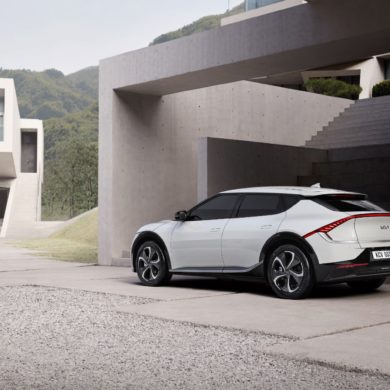