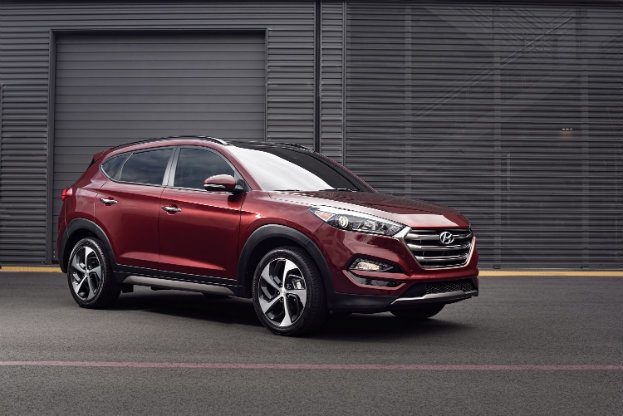 In the competitive compact crossover/SUV segment, the only way to survive is to keep improving on what you have. That’s what Hyundai has done with the all-new, 2016 Tucson compact SUV. It’s what the brand is doing across their entire lineup and it’s why the South Koreans are catching Toyota and Honda.

Hyundai Tucson competes with the Honda CR-V, Toyota RAV4, Ford Escape, and Subaru Forester. Hyundai has completely remodeled the Tucson for 2016 and it keeps up with the competition. We tested the 2016 Hyundai Tucson Sport AWD to see how it performs in Colorado, where SUVs are popular for commuting and weekend recreation.

The Tucson cabin is immediately inviting and it was easy to get comfortable with its power driver’s seat and tilt/telescoping steering wheel. We turned on the heated seats for a cold Colorado morning and checked the rearview camera as we pulled out on the road. The visibility out the front, sides, and rear is excellent and the blind spot detection let us know there was a car immediately approaching from the rear.

The cabin is a quiet, comfortable place for families to spend time and there’s enough room for four adults. There’s ample cargo carrying ability but its not as good as other small SUVs, like the CR-V, RAV4, and Escape. The rear seats split 60/40, creating 62 cubic feet of cargo space when they’re folded, and 30 cubic feet then they’re up. To accommodate taller items, the cargo floor can be lowered with a lever by two inches. While loading some cargo this week we were able to power the liftgate up with a touch of the key fob.

The Tucson Sport is powered by a small, turbocharged 1.6-liter four-cylinder that generates 175 horsepower and 195 lb-ft of torque. It comes mated to a seven-speed, dual-clutch automated manual that works just like a regular automatic. The larger 19-inch tires on the Sport means it’s not as good as other Tucson models on gas.

Fuel mileage is an EPA estimated 24/28 city/highway mpg and 26 combined mpg with AWD.

We were initially skeptical of the small, 1.6-liter engine because it’s a bit small for this size vehicle. After a few hundred miles behind the wheel of the Tucson Sport, we were impressed with its overall abilities. We tested the Tucson at altitude in the mountains of Colorado where the thin air can chew up vehicles and spit them out. The four cylinder in the small SUV is turbocharged and saved the day as we pushed the vehicle hard this week. 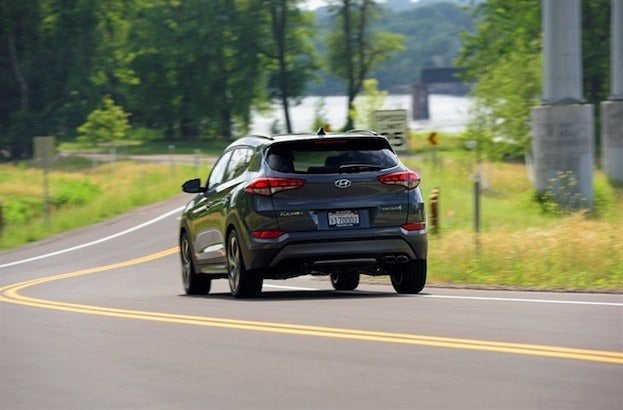 There are no worries here as the turbocharged engine is peppy and gets fairly decent fuel mileage. The turbo’s 7-speed transmission impressed us with its smooth shifts and quick responses, so there’s really no downside. The Sport comes with larger 19-inch wheels which are great for appearance sake, but can be hard on the occupants back side when you hit a bump in the road.

Outside, the Tucson Sport looks “sportier” than any small SUV on the market, but it’s driving dynamics don’t quite match the looks. We were able to power through tight mountain corners but with body roll that showed it’s still a city commuter at heart.

Handling is more predictable, safe, and competent in the city. The steering is similarly down to earth and doesn’t encourage spirited driving. On the fun to drive meter, we would rate the Tucson a 6 out of ten. These driving dynamics, however, are probably right on target for most small SUV buyers.

The Hyundai Tucson is redesigned for 2016 in an attempt to stay competitive in the popular compact crossover field. Hyundai is getting there with the Tucson Sport for sure.

Its exterior styling is what sets it apart from the crowd. Its driving dynamics are good for city commuting and it comes with sure-footed AWD for all-weather capability.

*Denis Flierl has invested nearly 30 years in the automotive industry in a variety of roles. Follow his work on Twitter: @CarReviewGuy

*The rating scale of Automoblog is based 1-5 with 5 being the best. 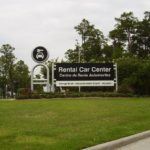 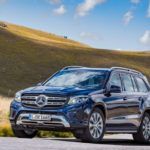 Read This Next
2020 Lexus ES 350 F Sport Review: Fun to Drive During The Week & Twice on Sundays!