The Stonecutters famously sang in the 6th season of The Simpsons they were responsible for holding back the electric car. Although, Volvo is slipping out from under the grasp of the Stonecutters, revealing one of the automotive industry’s most detailed electrification initiatives.

Volvo will introduce plug-in hybrids across their entire lineup, with a forthcoming range of smaller, electrified cars. The Swedish automaker intends on bringing a fully electric car to the market by 2019.

These types of vehicles will account for 10 percent of Volvo’s global sales by 2020, according to President and CEO, Håkan Samuelsson.

Volvo’s electrification strategy begins with the plug-in hybrid versions of its 90 and 60 series, based on the new Scalable Product Architecture, often called SPA.  This unique framework allows Volvo to more easily integrate electric and battery technology, without sacrificing their longstanding commitment to safety.  SPA is also responsible for the more stretched and powerful look vehicles like the XC90 emit.

Volvo will soon unveil a new line of 40 series cars, riding on their recently developed Compact Modular Architecture. Similar to SPA, it was designed to accommodate electrification without compromising safety. Volvo stands out as a rarity, showcasing two new vehicle architectures, both capable of supporting plug-in and electric power-train configurations.

Volvo believes this new approach offers the best combination of efficiency and power.

The numbers are on their side too.

For example, the XC90 T8 Twin Engine delivers over 400 horsepower with an electric cruising range of nearly 27 miles.  The luxury SUV hits 62 mph in 5.6 seconds with an astounding 112 miles to the gallon.

“With around 40 years of experience in the field of electrification, Volvo Cars has learned a lot about battery management along the way, delivering the best range per kilowatt hour in the industry. We have come to a point where the cost versus benefit calculation for electrification is now almost positive. Battery technology has improved, costs are going down, and public acceptance of electrification is no longer a question. Our research has shown that people are driving our Twin Engine cars in electric mode around 50 percent of the time, meaning our plug-in hybrids already offer a real alternative to conventional power-train systems.” ~ Dr. Peter Mertens, Senior Vice President for Volvo Research and Development

What do you think of electrified vehicles?

Would you own one? 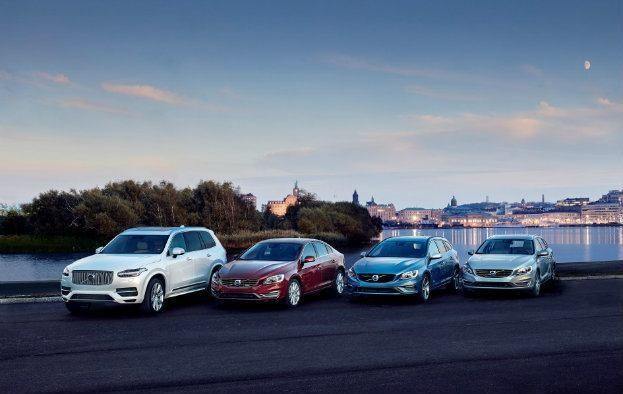