Scion performance fans would like to see a turbocharged FR-S sports coupe, but unfortunately, Toyota and partner Subaru have chosen to stick with the 2.0 naturally aspirated boxer engine.

However, the FR-S is still a fun performance machine that rates high on the fun to drive meter.

For less than $26,000, the 2016 Scion FR-S offers more fun per dollar than any other sports car on the planet. That was the goal of Subaru and Toyota when they made the joint decision to collaborate and build a two-door rear-drive sports car back in 2012.

For 2016, Scion FR-S gets a standard rearview camera, a new 7-inch touchscreen, and silver interior trim.

Over the weekend, we test drove a Hot Lava Scion FR-S ($25,305) with the 6-speed manual gearbox. Scion offers just one trim level and it comes with 17-inch alloy wheels, automatic headlights, a height-adjustable driver seat, a tilt-and-telescoping leather-wrapped steering wheel, rearview camera, Bluetooth phone and audio connectivity, and an eight-speaker sound system with a 7-inch touchscreen.

Voice commands, HD radio, Aha radio, an auxiliary audio jack, and a USB interface round out the list.

The cabin of the FR-S is built around the driver and emphasizes the sports aspect. The new silver-tone trim additions in the interior help brighten up the 2016 Scion FR-S over the outgoing model. The sport seats offer plenty of bolstering, comfort, and support for both spirited driving and longer trips.

The touchscreen-based audio system gets updated with a new 7-inch screen and the standard rear-view camera is a welcome addition for 2016.

The backseat in the sports coupe remains useful only for kids and cargo carrying duties. The FR-S is essentially a two-seat sports car but with an useful storage area. The rear seat can be folded down, expanding cargo-carrying abilities even more. The 6.9 cubic feet of trunk space was handy this week as we had two boxes that would have been a pain to get over the front seat, even when folded down. 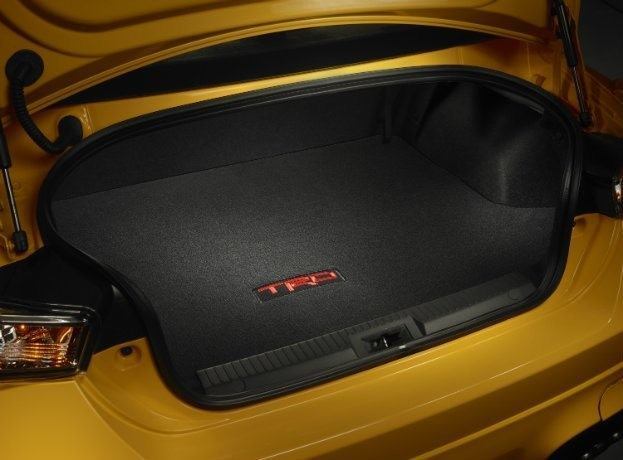 Scion FR-S is still powered by the Subaru naturally aspirated, 2.0-liter four-cylinder boxer engine. It produces a respectable 200 horsepower and 151 pound-feet of torque. It’s potent enough when paired with the 6-speed manual and the well-designed chassis and suspension dials up driver engagement.

Underneath, Scion FR-S features the same performance-oriented goodies that include a front MacPherson front suspension, double-wishbone rear suspension, and ventilated disc brakes on all four corners. 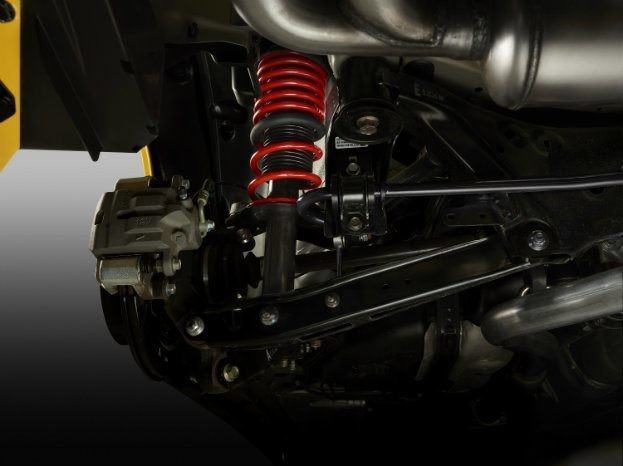 This is where it gets fun for anyone who is a driving enthusiast and wants a car that is high on the fun-to-drive meter. In Toyota’s joint venture with Subaru, they used the Subaru boxer engine because the design allows the powerplant to be tucked low and farther back in the chassis. The balanced design gives FR-S a lower center of gravity for almost ideal handling characteristics.

Anyone who likes to drive and gets behind the wheel of the two-door FR-S sports coupe will know they are in for some fun. Even though performance fans have been wanting a turbo FR-S from the factory, the sports coupe has plenty of power for the average driver. It won’t snap your neck back when you hit the gas pedal, but it’s a boat-load of fun for $26,000.

We would recommend the six-speed close-ratio standard gearbox as it’s the best choice for driving enthusiasts. The clutch is smooth and works in synch with the throttle and shifter for an engaging driving experience.

On the open road, at altitude near Evergreen, Colorado, Scion FR-S can be a bit under powered because there’s no turbo to help generate power in the thin air. But for those living at sea-level, FR-S has more than enough power to dial up driver engagement over most other cars you will drive.

Scion FR-S gets a sport-tuned suspension for sporty driving dynamics, which make for a rougher ride over bumpy roads. Where the this rear-drive coupe excels is being extremely well balanced in the corners. We felt nearly no body roll while taking tight mountain corners, west of Denver at above average speeds.

Scion FR-S is impressive when pushed hard in the curves, and it’s an ideal car to take to the track. The downside to the FR-S is its loud cabin from wind and tire noise at high speeds.

Toyota and Subaru’s joint venture produced an affordable sports coupe for the average driving enthusiast. Subaru provided the drivetrain and Toyota provided most of the design of the sporty coupe. They came up with a winning formula that we see in the 2016 Scion FR-S.

It’s still a formula that dials up driver engagement even though a turbocharged FR-S, with more power, would blow the lid off the fun-to-drive meter!

The rating scale of Automoblog is based on 1-5 with 5 being the best.
We recently looked at the 2015 Scion FR-S.  For a Scion of a different style, click here.