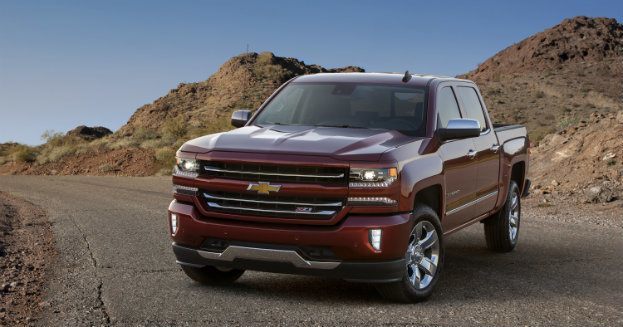 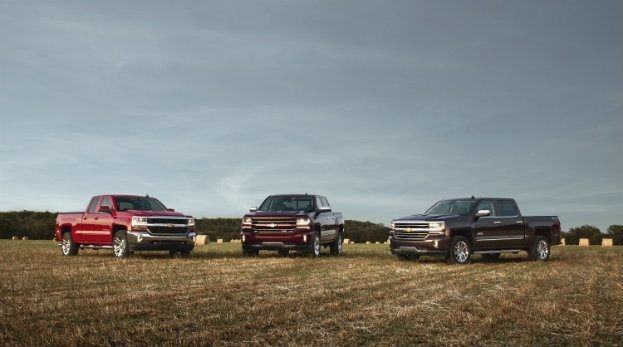 I recall my when my father let me drive his 1987 Chevy Silverado to school.  My classmates were eager to know all about this mysterious, red and gray Silverado, now gracing a parking lot full of hand-me-down vehicles.

That infamous bowtie emblem opened a floodgate of vicarious praise.  As one of my best friends said, “I call dibs on always riding with Carl.”

In the fall of 1999, I pulled up to my high school for the first time with it.  One month shy of my 18th birthday and basking in the upper class glow, I was invincible; the keys hanging from my bag so everybody could see.

When teachers started asking about the Chevy key ring, I knew I had arrived.  I was the most popular kid in school and I did it without throwing one touchdown pass or dating the prom queen.  I was a “car guy” with a Silverado, but it launched this inconspicuous band geek atop the most elevated pedestal of high school society. 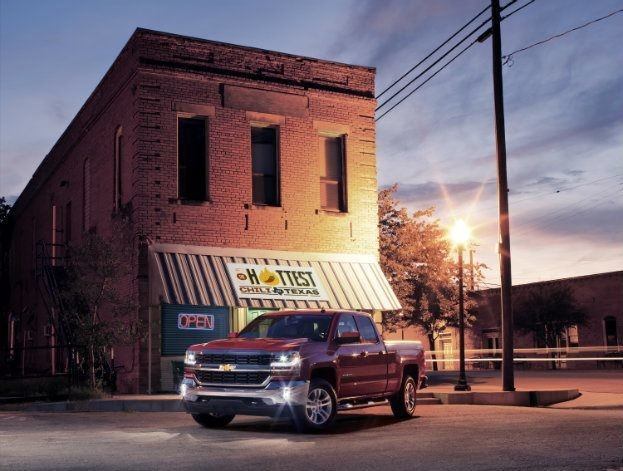 A lot has changed with Silverado since that autumn day.  From engines and transmissions to technology and connectivity, they are far different from my father’s 1987.  And yet, the 2016 Silverado, although the pinnacle now for Chevy trucks, still represents that legacy wonderfully.

One can tell just by looking at it.

Silverado designers for 2016 examined the entire history of Chevy trucks, with particular emphasis given to the late 1940’s.  Chevy trucks then displayed unique horizontal elements, bold, sweeping grille bars, and an unmistakable stance.

“That gave the trucks a real presence and a very identifiable look.  When our designers looked at this over the years, they realized this is what set Chevy trucks apart.” ~ Tom Wilkinson, Chevrolet Spokesman

Special consideration was given to the 2016 Silverado front end to honor such longstanding tradition while separating it from the competition.  Designers focused intently on sculpting the spline elements running through the hood for the perfect effect.

“We paid a lot of attention to how the hood looked.  The design elements in the hood were done as much for the people inside the truck looking out as they were for the people outside the truck looking in.  We were rethinking the entire front of the truck to the point where we integrated HID and LED lights into the deep, horizontal pockets of the truck.  This creates strong dimensions and dynamic looks.” ~ Tom Wilkinson, Chevrolet Spokesman

“We wanted to come back with some really strong updates and to make sure people understood them as new trucks.  Design helps carry that message.  If it looks fresh and new, then it reminds them of all that new technology.  We can build on that, from the basic work truck to the fully loaded High Country, but still have that foundation of strength and dependability.  Silverado stands for that and it’s something we take very seriously as we are developing new trucks.” ~ Tom Wilkinson, Chevrolet Spokesman 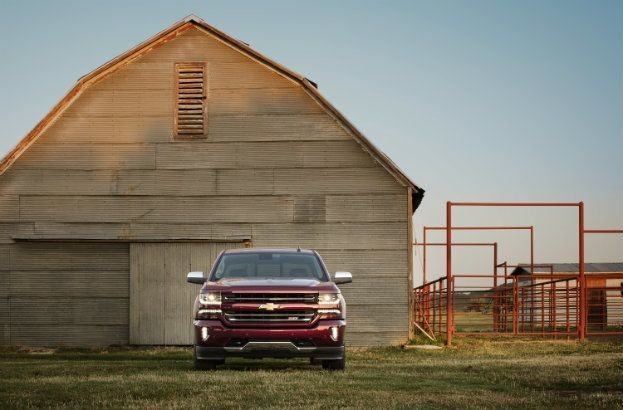 The 2016 Silverado will be powered by the 5th Generation of Chevy small block engines.  The Direct Injection, Variable Valve Timing, Active Fuel Management trifecta remains a signature of the engine family.

Direct Injection maximizes power during piston strokes by controlling a precise amount of fuel into each cylinder.  Variable Valve Timing optimizes the engine valves for near peak levels of torque across a range of engine speeds, from wide open throttle to casual driving.  Active Fuel Management then deactivates cylinders under light load conditions, reducing the Silverado to a 4 clylinder application to conserve fuel.  The moment additional power is needed, however, the dormant cylinders are seamlessly reactivated.

Under that chiseled 2016 Chevy Silverado hood, a harmonious relationship of engine advancements lay out the uncompromising balance between power and fuel economy so craved by the truck market.

“Our philosophy is to continue to improve the small block truck engines which have a very long heritage at Chevrolet. We build on a tremendous amount of knowledge because these engines have been used in every type of vehicle and Motorsport.  All of that learning comes back to our engineers who can draw on it as they revise the engines.  These Gen 5 engines are very compact and lightweight with a rugged construction that can incorporate really advanced features.” ~ Tom Wilkinson, Chevrolet Spokesman 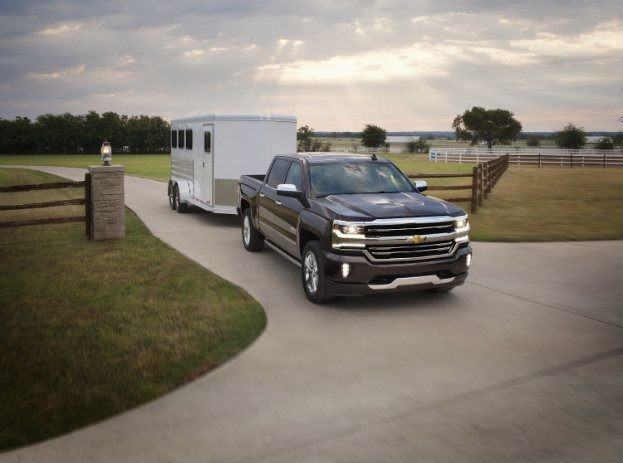 The 2016 Chevy Silverado derives support from a high strength, fully boxed steel frame. Ride and handling are enhanced as the truck refuses to twist, loaded or unloaded. Suspension engineers can better dampen road vibrations and prevent unwanted feedback as a result.

Chevy truck enthusiasts often remark on such smoothness, citing their overall confidence in one of Silverado’s core attributes.

The body is forged from high strength steel too, giving Silverado a safety advantage and lower body repair costs.

While the competition uses a different material, Chevrolet backs their reputation of high strength steel with genuine merit.

“I was with a Texas rancher and we were riding in his Silverado HD.  As we were driving around the ranch, he pointed out how the truck was still really tight and not shaking and rattling.  He has over 225,000 miles on it and still uses it everyday.  That kind of performance is a real testament to the things like the frame and body structure.  They really matter in how the truck feels.  The high strength steel gives a sense of quality and dependability.” ~ Tom Wilkinson, Chevrolet Spokesman

Before I took it to school in the fall of 1999, I learned how to drive in my father’s Silverado, two years earlier.  My fondest memories of him are in that truck as he taught me on my learner’s permit.

I was so nervous but he reassured me.  The truck did too.

There are many good things about the 2016 Chevy Silverado.  There are many good things about the larger family it joins from previous generations.  In many great states across this country, I have talked until the sun went down about the legacy of the Silverado with current owners.  It’s more than engines and transmissions, trailer sway control and chrome wheels. It’s about how the truck makes you feel and the connection you ultimately have to it.

Chevrolet, in my opinion, does that better than any truck.

The day I first drove my father’s truck to school, I was asked by a teacher if he would sell his 1987 Chevy Silverado.  This particular teacher said he would phone my house that very evening with an offer.  I dismissed it, emphasizing my father might gift me the truck one day.

Less than a year later when he passed away unexpectedly. 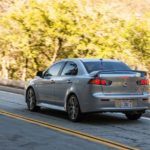 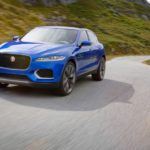