Speeding Costs Around the World

I sometimes share a unique experience I had at Sioux Falls Ford.  On my 7 month anniversary, in walked a younger guy asking to test drive a new (2009 at the time) Mustang.  I was fairly green yet to the car business but I was confident in our sales process.  After giving him an overview of how our dealership does business and a needs analysis, I grabbed a set of keys.

The first leg of the demo drive is pretty normal.  I am getting a feel for who he is as a person and learning more about his buying motives and desires.  I am showing off the vehicle a little bit but most of the conversation revolves around his life growing up in South Dakota.

Matt was young and successful but wasn’t entitled.  He seemed calm and I was enjoying our ride.

Matt asked how much horsepower the Mustang had but before I could answer, he punched it. The bright red pony car shot down the ramp – 50, 60, 70 and climbing!  As we were merging onto 29, a South Dakota State Trooper was right there, cruising casually up the interstate. 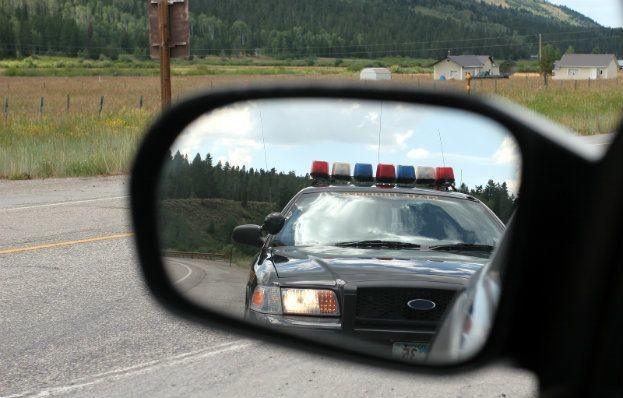 On a bright, sunny August day, a red Mustang doing 100 plus sticks out like parachute pants.  We were pulled over without hesitation by the trooper.  We both got a stern reminder of the speed limit and Matt received a hefty ticket. The drive back was awkward and when we pulled into the lot, I remember thinking there was no way I was going to make the sale.

Matt turned the car off.  About 5 seconds of silence followed, a near eternity after what just transpired.

“I have to say, Carl, this was not the day I expected and this is a sign,” Matt said.

“Oh,” I said nervously, suggesting something to the effect of scheduling another test drive for a different day.

“No, it’s a sign that I am meant to have this car,” he exclaimed, waving the speeding ticket in the air and smiling.

Within the hour, Matt was doing paperwork on his new Ford Mustang and to this day, he still keeps the carbon copy of that speeding ticket in the glove box.  Every once in awhile, I talk with him and he verifies each time, the copy of the speeding ticket, now over 6 years later, remains inside the Mustang I sold him.

Our friends at Avis have put together this handy infographic from their blog.  In the world’s modern infrastructure, a lead foot is greatly discouraged.  Having one can go so far as to send your car to an impound and you to jail.  You might even end up having to get a psychiatric evaluation!

Here’s what speeding is going to cost you around the world.  I ended up selling a car out of one but not everybody is so lucky.

Read This Next
Escort Radar Flash Sale: Save Up to $80 on Our Favorite Radar Detector