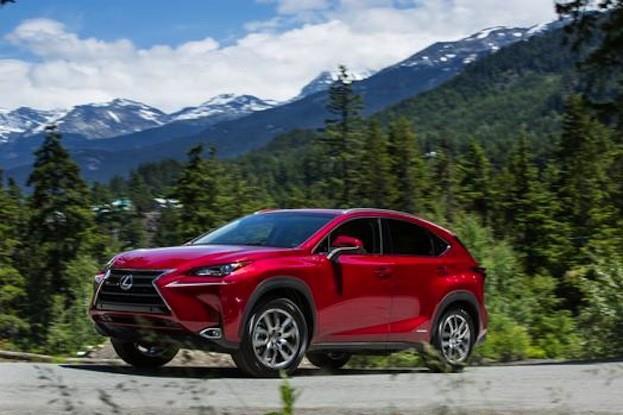 Toyota touts the new 2015 Lexus NX as a compact crossover that offers a utility-focused alternative to a sport sedan. It’s one size smaller than the popular RX model and is designed with a younger generation of buyer in mind built to compete with the BMW X3, Mercedes GLK and Audi Q5. This week we’ll test the 2015 Lexus NX 300h with the first application of the 2.5-liter Lexus Hybrid Drive with AWD.

The 2015 Lexus NX 300h is an all-new model. It comes with new styling that sets it apart from the RX with a raked roof and athletic stance. Does it drive as well as it looks? We’’ll find out in the high altitude and mountain roads west of Denver. 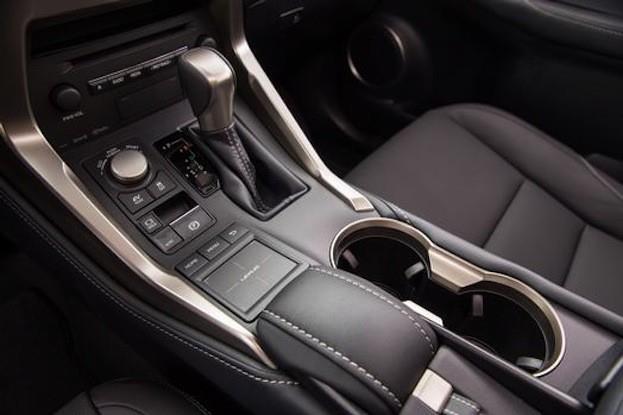 Standard electronic features include a 7-inch display screen, a rearview camera, Bluetooth phone and audio connectivity, Siri-based voice controls and readouts for iPhones, the Display Audio electronics interface and an eight-speaker sound system with HD and satellite radio, a CD player, an auxiliary audio jack and a USB/iPod audio interface.

This tester came with the Luxury package ($4,665) that includes a power liftgate, automatic wipers, a tow package, leather seats, a heated steering wheel and wood trim. It also came with 18-inch wheels, auto-dimming exterior mirrors, a sunroof and heated and ventilated front seats. A power-folding rear seat ($400) was added to the Luxury package.

The cabin of the new NX 300h is certainly impressive and our impression is that it’s sporty and modern. The Lexus quality and workmanship is evident everywhere. The cabin features lots of leather, soft touch materials and attractive stitching on the seats, console and dash. The front seats reminded us of what you find in a sport sedan with plenty of side bolstering for spirited driving. This model was upgraded with the handy wireless phone charger tray under the arm rest in the console for Qi-compatible smartphones.

There’s a popup screen on the dashboard, whose functions are managed by way of a touch pad that Lexus calls RTI, Remote Touch Interface. We found it to be potentially distracting for the driver and not touch-sensitive enough to use easily.

The back seat is roomy for a mid-size with enough legroom for taller adults crossover and this tester also came with the optional power-folding rear seats that recline. Our passengers commented on the relaxing experience as we went to lunch this week. The cargo are will accommodate four golf bags if they are laid longitudinally. Unfortunately, we didn’t get to go on a golf outing this week, but the power liftgate made it easy to open and close as we carried some extra cargo. The 2015 Lexus NX 300h features a gasoline-electric hybrid powertrain that combines a 2.5-liter four-cylinder with a pair of electric motor/generators supplied by a nickel-metal hydride battery pack. The hybrid powertrain makes 194 combined horsepower with its two electric motors, and the AWD system adds a third electric motor to drive the rear wheels when it’s slippery. The NX 300h AWD is EPA-rated at 33/30 mpg city/highway and 32 combined mpg. It takes 87 octane unleaded, so don’t worry about forking up for premium fuel like most of today’s luxury models.

When Toyota says the new 2015 Lexus NX is a compact crossover that offers a utility-focused alternative to a sport sedan, they hit it right on the head. Like a sport sedan, this crossover has a firmer ride, responsive steering and agility in the tight mountain corners. We felt a driver-engagement not felt in other Lexus SUVs. The driving dynamics of the hybrid is like that of other Toyota hybrids and offers a quiet all-electric driving experience when accelerating from a stop and driving through the parking lot.

When the driver needs more power, there’s enough power for most driving situations. When you get at altitude and encounter steep hills, the hybrid lacks the power of a sport sedan. Most buyers will find the hybrid model has enough power to get you and your passengers around town in time for the meeting. The all-new 2015 Lexus NX 300h hybrid offers the handling and sporty driving dynamics that sets it apart from its stablemate Lexus RX. Lexus has come up with an attractive alternative to the German models and the cabin in the NX is a strong point. This model combines excellent fuel economy with a surprisingly sporty driving experience.