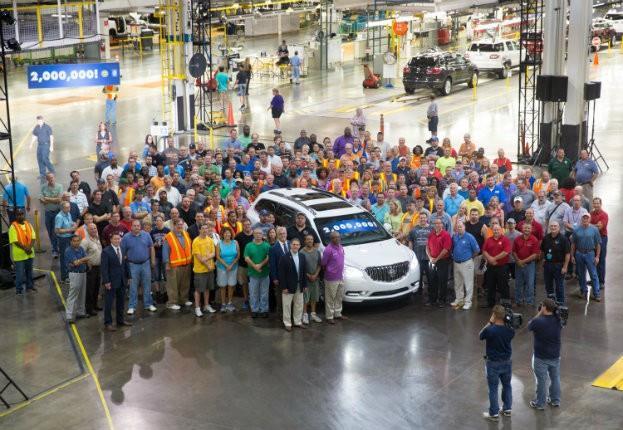 “This milestone directly reflects the dedication and hard work that our employees put into these crossovers every day.  This team has established a strong foundation since opening to enable us to produce our 2 millionth vehicle in nine years, which is quite an accomplishment.” ~ Mike Trevorrow, Lansing Regional Plant Manager.

“Producing the 2 millionth vehicle would not be possible without the great people we have here.” ~ Bill Reed, UAW Local 602 President.

Located at 8175 Millett Hwy, Lansing, Michigan the plant sits on 3.4 million square feet with the stamping facility. It was the first automotive manufacturing facility to be named a Gold Certified Leader in Energy and Environmental Design.  By this time next year, the Lansing Delta Township Assembly Plant will have saved and estimated 40 million gallons of water and 30 million kwh of electricity.

Other sustainability honors include:

GM has invested more than $580 million in the Lansing Delta Township facility, including $63 million last year to expand the plant by nearly 263,000 square feet.  Another $520 million was invested earlier this year to support future vehicle programs. 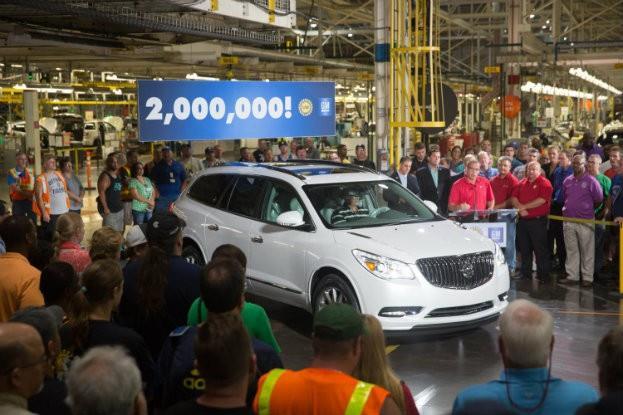 The Buick Enclave has continued an overall upward sales trend, minus dips in 2009 and 2012.  In 2014, Buick Enclave sales marked a 39 percent increase when compared to the vehicle’s first year of production.

Given the success of the Buick Enclave for General Motors, it being the 2 millionth vehicle for the Lansing Delta Township Assembly Plant seems ideal.

“The Enclave led Buick’s product renaissance, redefining what consumers should expect from a full-size luxury crossover.  It is fitting that an Enclave is the 2 millionth vehicle to roll off the line in Lansing, demonstrating continued consumer demand.” ~ Duncan Aldred, Vice President of Buick. 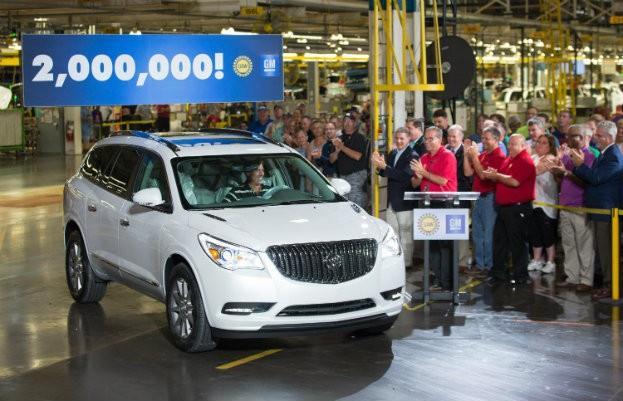