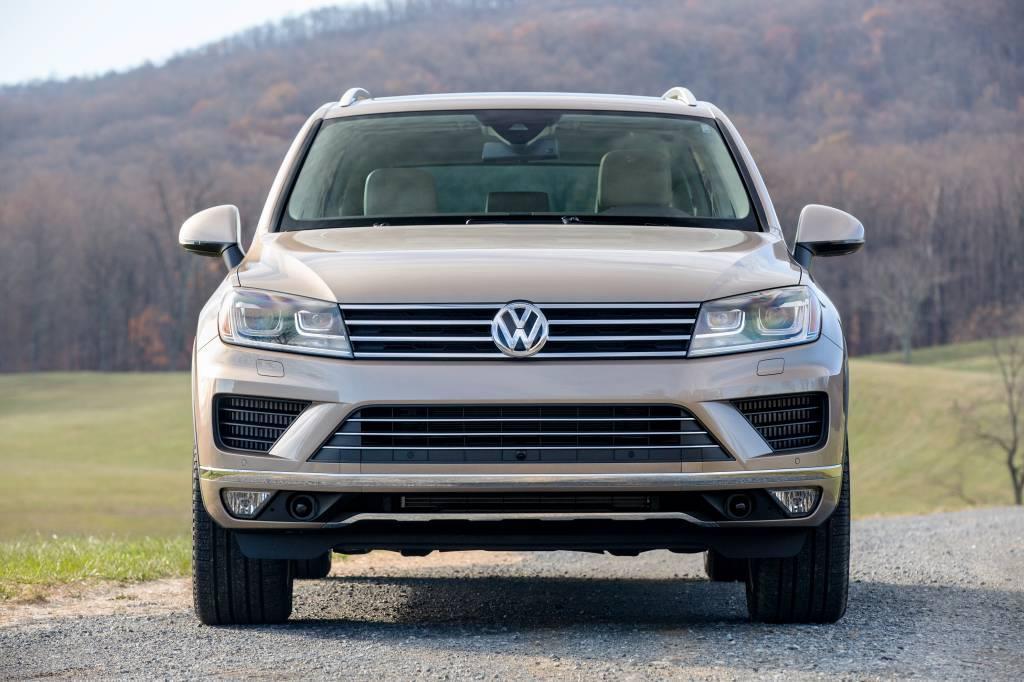 When the 2015 Volkswagen Touareg arrived for our test, we didn’t have time to check out any details on the five seat SUV. When we finally saw it was the TDI Sport model, we were surprised! We drove 26 miles without realizing the 3.0-liter V6 turbocharged engine under the hood was a diesel.

It’s so quiet, we thought it was the gas.

The days of the noisy, smoky diesel engines are gone. The age of clean diesel technology has arrived and this 2015 VW Touareg TDI Sport is proof things have changed.

The VW Touareg gets mild styling changes and gains xenon headlights and LED taillights for 2015. It also receives a new suite of standard and available driver-assistance safety features. These include: blind-spot and lane-keeping warnings and adaptive cruise control with forward-collision warning plus brake intervention.

The 2015 VW Touareg Sport with Technology trim ($52,245) comes standard with the TDI diesel engine.  It also adds keyless entry and ignition, a navigation system with an 8-inch color touchscreen, blind-spot monitoring, a rear-view camera, a trailer hitch, and a hands-free power liftgate.

You can open it by placing your foot under the rear bumper. 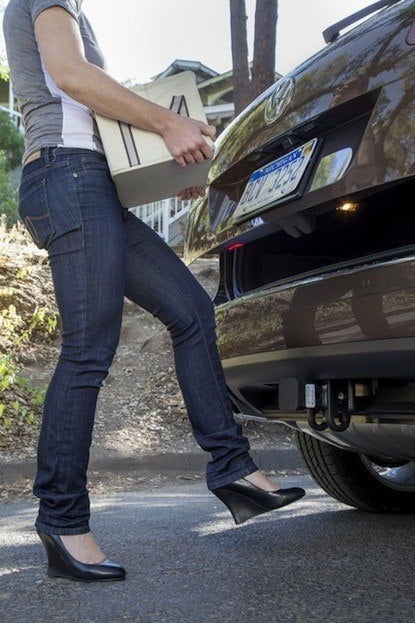 The VW Touareg cabin comes with all the goodies to make it comfortable with things like heated, leatherette seating and 8-speaker sound. The SUV seats five and has an air of simple luxury with quality and craftsmanship throughout the cabin.

It gets new chrome and wood accents that give it a more luxurious feel than the outgoing model.

VW Touareg Sport with Technology gets an 8-inch touchscreen with navigation that features sharp graphics. It’s even easy to use  – refreshing in this age of high-tech infotainment systems. If we can’t figure out how to change the radio station, it’s too complicated.

In the back, Touareg’s rear seat is comfortable for taller passengers and is very versatile for carrying extra cargo. The seat backs even recline and come with 6.3 inches of fore/aft seat travel to make things more comfortable on longer trips. Our passengers this weeked commented on the high seating position that allowed them to easily see out the side windows.

We loaded some home remodeling items in the back with the 60/40-split rear seatbacks stowed away. This allowed more room for the big items we carried. With the seats up there was a generous 32.1 cubic feet.

The TDI models are powered by a turbocharged 3.0-liter diesel V6 rated at 240 hp and 406 lb-ft of torque. An eight-speed automatic transmission and 4Motion all-wheel drive are standard.

The Touareg’s TDI V6 gets an impressive EPA estimated 20/29 city/highway mpg and 23 combined.

We were impressed from the get-go with the Touareg TDI, since we didn’t even know it was the diesel until we checked the spec sheet. It was so quiet inside the cabin.

VW Touareg TDI feels solid and substantial and gives the driver a feeling of confidence on the open road. When we ventured off the beaten path in the mountains, west of Denver, the SUV’s 4Motion all-wheel drive worked well despite its lack of low-range gearing. Most buyers will not be taking their SUV for serious off-roading, but the Touareg has enough ground clearance so owners can use it for weekend recreation trips to the mountains or beach.

On dirt and rougher roads, we were impressed with Touareg’s ability to soak up the bumps on such washboard paths.

Thanks to its exceptionally responsive electro-mechanical power steering, the VW Touareg rates high on the fun-to-drive meter, especially in the corners for an SUV. It also excels on the highway, where our passengers commented on the quiet cabin and smooth comfortable ride.

The TDI diesel V6 comes with plenty of torque and will get the SUV moving quickly even going up a steep hill. It features both performance and fuel efficiency along with superior driving ranges. From inside the quiet cabin, most people will never know there’s a diesel engine under the hood, and it’s even quicker than a gasoline power plant.

If you don’t need a third row, Touareg will transport five quietly and comfortably. With diesel prices falling below that of gasoline, the TDI diesel even becomes more attractive for consumers. The Sport with Technology offers even more tech and standard features that many SUV buyers are looking for.

If you like to drive, the VW Touareg is fun and makes the commute a lot less boring.

*The rating scale of Automoblog is based 1-5 with 5 being the best.
Photos:Volkswagen of America, Inc. 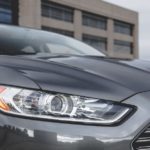 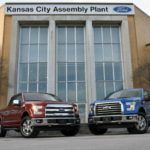 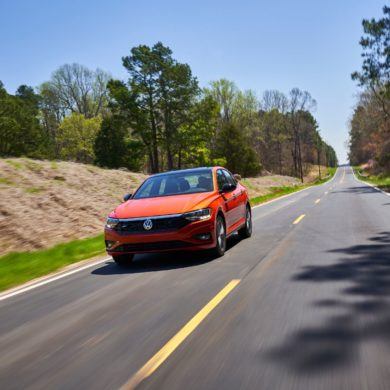 2020 VW Jetta R-Line Review: We Took This Thrifty & Sporty Sedan for a Spin