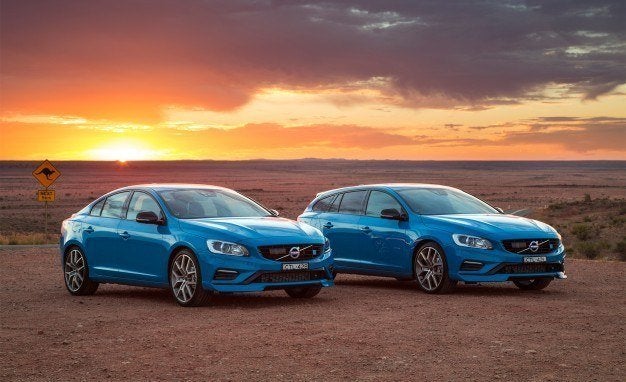 Ladies and Gentlemen, IT’S BACK!

Based on the overwhelming success of the 2015 Volvo V60 and S60 Polestar models in the U.S., Volvo of America has decided to import another batch of these hotrodded sedans and wagons for 2016.

Volvo is known for building some of the safest and most technologically advanced vehicles.

The V60 and S60 Polestar are based on the R-Design models of each vehicle. In order to develop the Polestar versions of each car, Volvo engineers had to either change or upgrade 50 different components from the R-Design.

Overall, these minor exterior tweaks give the Volvo V60 and S60 Polestar models a more sinister and aggressive look compared to their R-Design counterparts.

Volvo officials did not announce any mechanical changes for the 2016 V60 and S60 Polestar, so it will carryover with the 3.0 L turbocharged inline-six cylinder engine, which produces 345 horsepower and 369 lb.ft. torque.

Power is sent to all four wheels via a six-speed torque converter automatic transmission with paddle shifters on the steering wheel.

The chassis of the Polestar models are enhanced with Eibach coil-over springs and Ohlins Dual Flow Valve Shocks.

Up front, the brakes are six-piston Brembo calipers clamped to 14.6 inch vented rotors.  The brakes out back are vented rotors, similar to the R-Design models.

To improve the handling and cornering capabilities of the V60 and S60, the Polestar models are fitted with unique 20 inch alloy wheels, wrapped with 245/40/R20 Michelin Pilot Super Sport tires.

Like rest of the V60 and S60 models, the Polestar versions gain auto-dimming exterior mirrors on top of the existing power-folding mirrors.

Inside, Volvo designers have added an additional button to the center console, which enables built-in internet connectivity.

For 2016, Volvo of America is allocating 274 Polestar models, which is huge compared to the 120 units shipped for this year.

Though this reduces the exclusivity of the Polestar cars, the chances of spotting them in the wild is still very slim.

The 2016 Volvo V60 has a starting price of $62,240 and the S60 starts at $61,200. These prices might seem expensive, but it needs to be noted: Polestar models come loaded with every option available from the factory and feature advanced upgrades in performance.

Don’t rub your eyes, check your glasses, or think we’re nuts. The horsepower number in the title is not a typo, but an actual estimated figure. And yes, the car company announcing this news is Volvo; the same Volvo that is better known for its boxy wagons and safety innovations.

So where does the 600 horsepower come in?

As of this writing, Volvo Cars has yet to confirm the availability of these two Swedish hot rods in America, but Mertens says he would like to see them being sold in the U.S.

With a hybrid powertrain, the S90 and V90 Polestar models could produce up to 600 combined horsepower. Mertens says Volvo’s 2.0 L four-cylinder engine can be tuned to deliver close to 450 horsepower using a supercharger and two electrically augmented turbochargers. The T8 plug-in hybrid uses an 87 horsepower electric motor to drive the rear wheels in the S90 and V90, and it could be replaced with a more powerful unit to meet Polestar’s requirements.

With an estimated 600 horsepower, the Volvo S90 and V90 Polestar models will have 200 more horsepower than the T8 hybrid models. This amount of horsepower should easily enable the two Polestar models to compete with the Audi RS, BMW M, and Mercedes-Benz AMG models – who all use twin-turbocharged V8 engines to achieve similar power output ratings.

With that being said, I cannot wait to get behind the wheel of the Volvo S90 and V90 Polestar models! 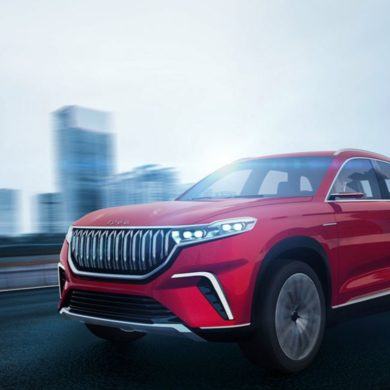 What Is TOGG? This Short Video Previews a New EV from Turkey