Chocolate and Vanilla are the two most popular flavors when it comes to desserts. But, when you combine them into a chocolate and vanilla swirl, then your taste buds feel like they have landed in the sweetness heaven (and oh yeah, the brain freeze follows soon after.)

Now, after reading this, you might be wondering: “why is he using a chocolate and vanilla flavor analogy to describe the 2015 Acura TLX” OR “what is  wrong with this author?”

Well, my answers to these questions are: “please bear with me and by the end, everything will make sense.”

Last year when Acura announced that they will discontinue the production of both the TL (chocolate) and TSX (vanilla) and combine them into a whole new model range (chocolate and vanilla swirl), Acura enthusiasts nationwide started to freak out and began to wonder “what now?!”

However, after seeing the debut of the new TLX model range, Acura enthusiasts let out a collective sigh of relief and started breathing properly again knowing that the new TLX is a vast improvement over both the TL and the TSX.

It perfectly combines the two cars into one, advanced, fun-to-drive sports sedan. 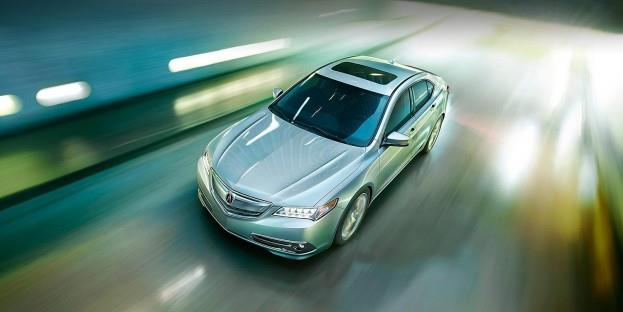 To be more specific, here is the list of all seven trim levels and their exact starting prices:

If you want more power, the 2015 Acura TLX can be optioned with a V-6 engine, with five trim levels.  The final two trim levels will include all-wheel drive.

As for the 2015 Acura TLX with SH-AWD (Super Handling All Wheel Drive), my colleague Denis Flierl reviews it here.

Acura and Japanese auto manufacturers in general are known for combining optional features into a simple and convenient package – which not only saves the consumer’s mind from going crazy, but it also saves them a sizable amount of money.

Regardless of the engine and transmission choices, the 2015 Acura TLX comes with the Technology and Advance Packages as optional.

Owing an Acura vehicle is a unique experience in itself but if you want your TLX to be as unique as you are, Acura’s accessories department has you covered.

On the outside, the 2015 Acura TLX already looks aggressive and seems like it is ready to take on any of its German competitors. But, if you want your TLX to look even more sinister and unique, you can always add these additional accessories, among others.

Inside, the cabin of the 2015 TLX is quite luxurious and sporty already, but again, if you have the spare change, you can make the cabin feel as comfortable as your living room.

You can option your TLX with these following interior accessories, among others.

All of the power from the engine is sent to the front wheels but it also offers P-AWS or Precision All Wheel Steering. At low speeds it enables the TLX to turn in the opposite direction of the front wheels, thus making a sharp turn or corner a breeze.

However, the car in today’s review is a 2015 TLX with the optional 3.5 L naturally aspirated V-6 engine.

All of the power is either routed to the front wheels with the P-AWS system or to all four wheels via the SH-AWD system.

Regardless of the drive-train choice, the sole transmission backing the V-6 is a new 9-speed torque converter automatic with steering wheel mounted paddle shifters.

Fuel tanks on all TLX models hold up to 17.2 gallons of premium unleaded fuel. The EPA rates the TLX with the V-6 engine at 21 mpg city/34 mpg highway, and 25 mpg combined.

The driving dynamics of the Acura TLX are a vast improvement over the previous TL and TSX models. As it was intended, the TLX combines the luxury offered by the larger TL while combining the performance capabilities of the smaller TSX into one, wonderful package.

Steering in the TLX is a rack and pinion unit and the feedback from the steering column is very satisfying.  Like all sports sedans currently available on the market, the suspension setup on the TLX consists of a MacPherson struts up front with a multi-link suspension setup at the back.

Brakes on the TLX consist of 4 wheel discs with anti-lock braking (ABS) bringing the TLX to a safe and secure stop, with minimal brake fade, despite a couple cycles of heavy braking.

The standard wheels on the TLX are 18-inch alloy, wrapped with 225/50R18 series rubber. Since this is a “sports sedan,” I was hoping that Acura would at least fit 235/40R18 series rubber in order to provide additional contact patch between the road and the vehicle, but for 95% of Acura TLX customers, the lack of tire width will not be that glaring of an issue.

Overall, the chassis of the new Acura TLX is much more enjoyable than the one which underpinned the TL. But, if you want a little more excitement from your Acura, then I would recommend that you buy the TLX with the optional SH-AWD system as it eliminates a majority of the torque steer.

Torque steer plagues the handling on the FWD version but aside from this small kink in performance and chassis setup, the TLX was a blast to drive around town and on the highway.

Is this car perfect?

But then again, can cars ever be perfect? To be quite frank, the entire auto industry is not perfect.  That is why major automakers, from around the globe, hire engineers and designers to constantly update and refine their product lineups year after year.

The 2015 Acura TLX is a well packaged sports sedan with a very acceptable entry price point. Is this car meant for the hardcore sports car enthusiast?  Not entirely – if you want something that handles like a go cart and has enough space for four adults and one child, then I would recommend a BMW 3 Series at the higher end or the Mazda 6 at the lower end of the sports sedan spectrum.

However, if you are in the market for a reasonably priced, reliable and fun-to-drive family sports sedan, with an infusion of luxury and refinement, then the 2015 Acura TLX should be at the top of your list. 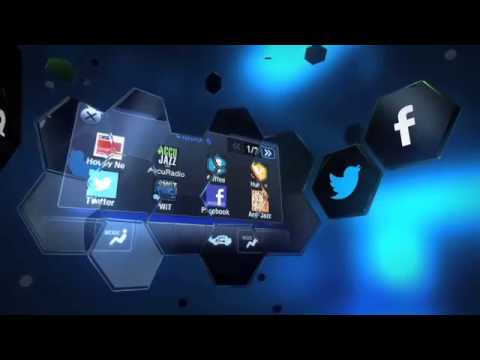 Editor’s Note: The rating scale of Automoblog is based 1-5 with 5 being the best.