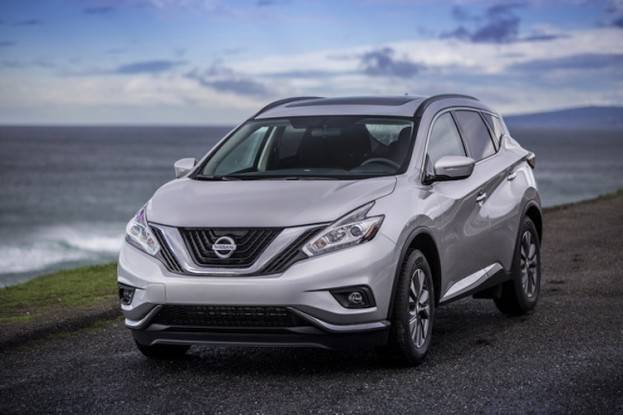 The transformation from the 2014 Nissan Murano to the 2015 model is dramatic to say the least. The only thing that wasn’t changed on the new SUV was the drive-train and the Murano badge on the rear lift gate. Nissan Murano gets a total redesign with new, bolder looking exterior styling plus a more upscale cabin.

We have spent the first part of the week testing a new prototype, middle-range SL AWD model.

The only thing that carries over for the new-generation, 2015 Nissan Murano is the 3.5-liter V6 engine and CVT automatic. Although, Nissan says there’s a 20 percent improvement in fuel mileage over the outgoing model. The exterior sheet metal on the new Murano gets extensive changes and gives the SUV new, unusual lines and a bolder look. It gets a complete styling update while keeping the same futuristic look as the previous generation.

The blacked out C and D pillars create an all-glass look. 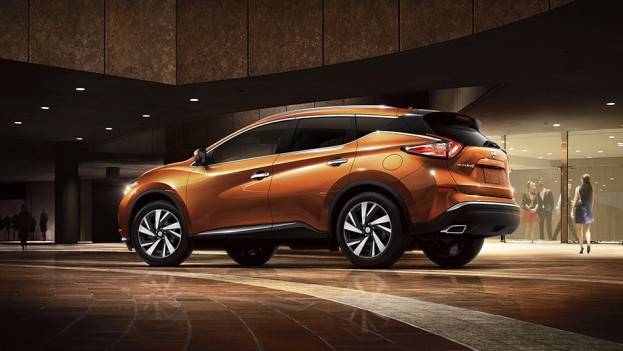 The interior of the new crossover is not as flashy as the outside and far more conservative for the remodel. Interior materials and finishes are upscale with new, modern touches throughout, however. Wood trim has been replaced with contemporary metal for a bright, airy feel in the new cabin.

The leather covered front seats are comfortable and use what Nissan calls their Zero Gravity design they say will reduce driver fatigue on longer trips.  The construction of the seats are based on the natural shape the human body takes when gravity is not present. 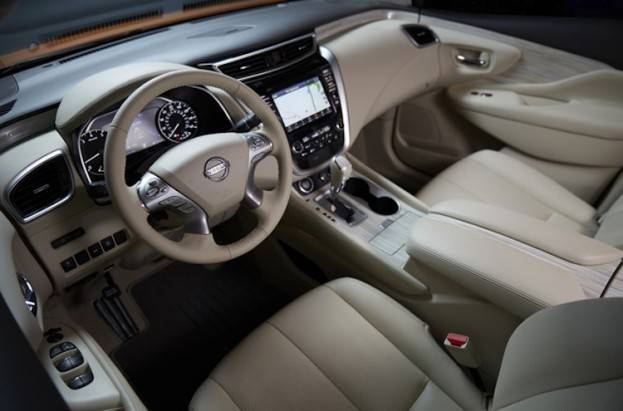 There’s room for three adults in the back and the seats offer a reasonable amount of support. Cargo space is much improved in the new Murano and measures 39.6 cubic feet, with the rear seats in place.

Rear seats fold easily, using either a pull-tab accessed from the second row or handles in the trunk.

We would have been easily able to carry boxes, groceries or equipment. 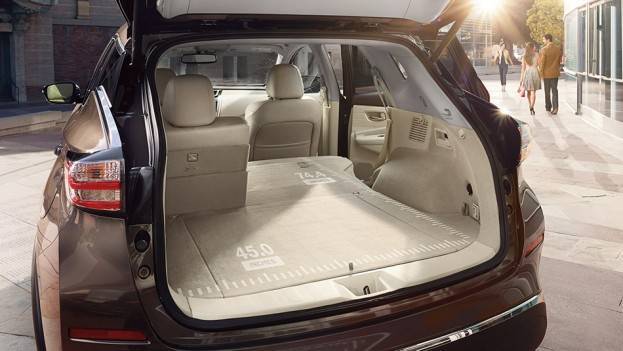 The drive-train remains the only thing unchanged on the new generation Murano. It still comes with a 3.5-liter V6 that produces 260 horsepower and 240 pound-feet of torque. The V6 comes mated with an Xtronic continuously variable transmission (CVT).

Fuel economy ratings for the 2015 Murano have improved from the outgoing V6. EPA estimates are 21/28 mpg city/highway for both FWD and AWD models. Nissan says it’s a 20 percent improvement which is due to the new exterior sheet metal that is more aerodynamic.

There is a 146 lb. weight reduction over the last generation, which helps with the improved fuel economy ratings too.

The Murano’s 3.5-liter V6 has enough power for most driving situations and the reduction in weight seems to help.

We had enough power for city maneuvers and heading up I-70 into the mountains, Murano could hold its own in the fast lane as we headed west. The new SUV uses a Xtronic CVT automatic for increased fuel mileage and Nissan’s CVT is better than most.

We still found that the automatic transmission hesitated when we needed an instant response.  Still, automakers are using CVTs for their efficiency and it helps give the Nissan Murano improved fuel mileage. The new generation Murano sheds 146 pounds compared with the outgoing model and that translates to more nimble driving dynamics. We experienced this in the mountain curves, at slow speeds with city maneuvers and then fast driving situations on the open road.

On the fun to drive meter, the new Nissan Murano would rate middle of the pack compared to other sportier competitors.

On the open road, the new crossover is both comfortable and compliant with a ride quality that is more car-like than SUV.

Interior noise has been reduced and road noise was less at highway speeds with the addition of a new acoustic windshield.

The 2015 Nissan Murano SL AWD comes with new, bolder exterior styling and new upgrades for the interior that improve on the ongoing model. The SL trim offers a multitude of standard luxury features that will satisfy those looking for a luxury SUV without the luxury price. What do you think of the new Nissan Murano?  Tell us here.
Photo Credit: Nissan USA