The long-awaited Lexus GS-F made its official North American debut earlier this year at the 2015 Detroit Auto Show. When this car arrives at your local Lexus dealership later this year, it will become the fourth model in the company’s high performance F brand after the IS-F, LFA and the RC-F coupe.

The car is designed to compete with its German counterparts like the Audi S6/S7, BMW 540i M-Sport, Cadillac CTS V-Sport, and Mercedes-Benz E 400. With the arrival of the car right around the bend, now is the perfect time to checkout Lexus’ most powerful mid-size family sport sedan, so, lets get started, shall we?

The 2016 Lexus GS-F is by far the most powerful sedan created by the F brand. After ignoring the high performance family sedan segment for decades, Lexus finally waved the white surrender flag by throwing the GS-F into the highly contested battle.

The car was designed and tuned by Yukihiko Yaguchi, the chief engineer of the F performance brand at Lexus. Since the start, he wanted the GS-F to emphasize stability and predictability instead of top speed and quarter-mile times. This is clearly evident as the 2016 Lexus GS-F is least powerful car when compared to its European and American rivals.

While other high performance sport sedans are either turbo or supercharged, the 2016 Lexus GS-F goes about its business with a naturally-aspirated V8. So, when one looks at the discrepancy in the power output between it and its European and American rivals, the eyebrows will inevitably go up and many will surely wonder “what the heck was Lexus thinking by not force feeding their high performance sedan?”

I have said this before and will say it again now, “Don’t ever judge a book by just reading its cover”. Sure, Lexus engineers did not design the new GS-F for drag racing duties, but I am sure they have spent millions of dollars in research and development to come up with a chassis and suspension set up which will enable the driver to confidently push the car to its limits without crashing it into a ditch, tree or some unfortunate individual’s living room.

But, that does not mean that the 2016 Lexus GS-F is a slouch because its V8 produces enough power to outrun a 1980s Ferrari and that is saying something.

The 2016 Lexus GS-F is powered by a high-revving, naturally-aspirated 5.0 L V8 which produces 467 horsepower @ 7100 RPM and 389 lb.ft. of torque @ 4800 RPM.  All of this power is routed to the rear wheels via an eight-speed automatic transmission and a torque-vectoring differential. This drivetrain combination is powerful enough to propel the 4100 pound 2016 Lexus GS-F to 60 mph from 0 in 4.4 seconds. Lexus engineers estimate that the car will complete the quarter-mile in 12.9 seconds and has a top speed of 171 miles per hour.

Unlike some of its main rivals from around the world, the 2016 Lexus GS-F will not feature any adaptive damping technologies, but Lexus engineers ensure me that the chassis is compliant and stable enough to tackle any twists thrown at it.

The car is connected to the pavement via Michelin Pilot Super Sport tires measuring 255/35 up front and 275/35 out back. The tires are wrapped on a staggered set of 19 inch forged aluminum wheels.

Brakes on the 2016 Lexus GS-F are standard steel rotors measuring 15 inches in diameter up front and 13.6 inches in diameter out back. Unfortunately, Lexus does not offer any carbon ceramic brake rotor upgrade on the GS-F. But, for a few additional dollars, they will paint your brake calipers bright orange, how cool is that?

The Lexus GS model range first appeared on American shores in the 1990s. Since then, this is the first generation of the model to wear the coveted F performance badge, so in general, the entire car is new for us.

Aside from the massive engine and chassis upgrades, the 2016 Lexus GS-F also features many exterior and interior enhancements and upgrades when compared to its less expensive cousins.

Inside, the 2016 Lexus GS-F is fitted with the usual F performance steering wheel, a huge, centrally mounted tachometer, and new stitched, contoured and perforated sport seats. Aside from these upgrades, the rest of the interior components are shared with other GS models.

So far, the launch of the 2016 Lexus GS-F is going according to the planned schedule. The car made its North American and Global debut earlier this year at 2015 Detroit Auto Show. With that being said, expect to see the first shipment of 2016 Lexus GS-F to arrive at your local dealership later this year.

When it arrives, the maximum suggested retail price for a base Lexus GS-F is set at $75,000, which puts it right among its European  and American rivals like the Audi S6/S7, BMW 540i M-Sport, Cadillac CTS V-Sport and Mercedes-Benz E 400. 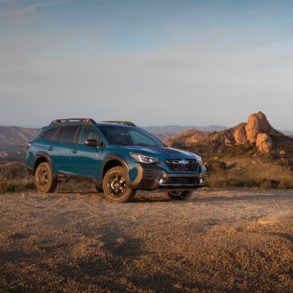