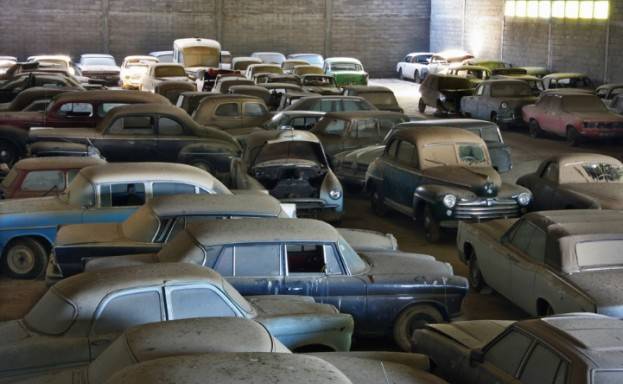 Although it saddens me to think that some folks have mistreated these really gorgeous cars, it puts a glimmer of warmth in my heart to think that all of you have the chance to find these and restore them to their original glory.

While rare barn finds aren’t an every day event – hence the “rare” word I used – anytime someone finds one, it puts one amazing, beautiful, old car back on the asphalt for the rest of us to “oooh and aaah” at.

If you have ever randomly seen a fully-restored ’55 Ford Thunderbird on the road, you know what I’m talking about.

Some cars are just too damn pretty to be rusting in a barn.

Here are some rare, barn find cars that you can dream about finding and restoring.

This 1930s work of art came in many different versions and options but only about 710 were produced from 1934-1940. It was designed by Jean Bugatti and was one of his proudest build designs ever.

It was supplied with a 135hp 3.3L Grand Prix-inspired motor. Close your eyes for a moment and imagine yourself back in the ‘30s. Now imagine you are in one of the only production cars that could reach 95 mph!

Well, one of these has recently been found, in Europe, completely deteriorate . . . an artfully, crafted rust-bucket. However, after being sold for $8,745,000 in 2013, it was restored to its original beauty, complete with the two-tone “shimmer black” and “canary yellow” paint job!

You’ll be rolling in the dough should you ever be lucky enough to find one of these and decide to sell it.  They range anywhere from $5.1 million to $15.5 million, depending on which model you find.

This amazingly, gorgeous car was specifically designed for export to the United States. Of all of the versions, the ’61 SWB is, hands-down, the most valuable. It came with a 276hp 3.0L V12, disc brakes, and a lightweight aluminum body.

The transmission was borrowed from the 250 Tour de France racer, which offered plenty of pull for the V12 engine.

Should you choose to restore and keep it, ya know . . . once you find one, you can contact Ferrari and they will custom make interior components from the original plans because they just don’t carry parts for this car at Autozone.

So you may not count this one because only prototypes were completed and none were actually made for production, but you should.

This cool ride was built on the design of the 914 but was made as a seriously upgrade version. The 916 was to have aerodynamically designed front and rear bumpers plus engine options from the 911s and the Carrera. The 911s and Carrera were considerably fast cars for their time, however, at nearly two-thirds of the weight, the 916 would have been even faster.

So why would I include this on the list if none were produced? Because the prototypes had to have gone somewhere!

There were a total of 11 prototypes completed before the project was abandoned by Porsche.

With a name like “15hp”, how could you not want one? This 1905 masterpiece by Rolls-Royce was packed with luxurious-for-the-time exterior options, and a 3,000cc motor.

Only six of these were ever made due to the complexity and cost of the design.

The motor was quite an issue as making 3 cylinders fit into a 2-cylinder block was expensive and took a lot of man-hours. The result of those hours, though, was a top speed of 39 mph and a standing quarter-mile time of somewhere around a month.

Of the six that were made, only one is known.

That leaves you 5 to find!

It wasn’t the speed that made this car amazing though. Just look at the thing!

It makes you want to put on some suspenders and bare-knuckle box a samurai. This car truly captures the essence of the gearhead golden days.

Its aerodynamic, curvy design makes this ride one of the sexiest ever built; like putting a set of spoke wheels on Scarlett Johansson.

If you ever happen across one of these, be prepared to grow the handlebar moustache this car deserves its owner to have! 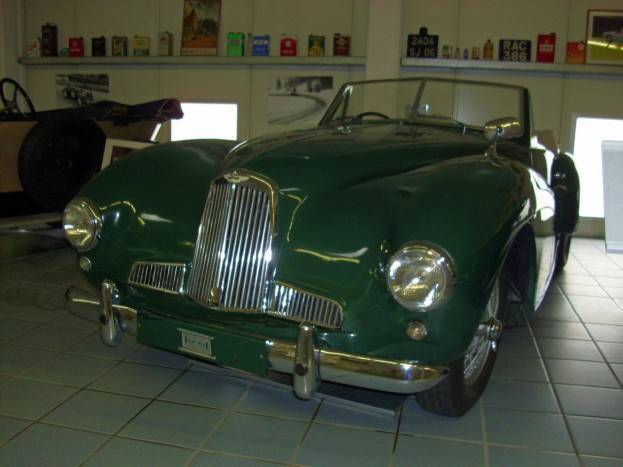 *Editor’s Note: We don’t recommend putting spoke wheels on Scarlett Johansson but if you want to grow a handlebar moustache, then you have our support.*