Chevrolet is showcasing their all-new 2016 Malibu at the New York International Auto Show and raising the bar in a segment loaded with serious competition.  Malibu received a top to bottom, front to back redesign that targeted key areas customers consider when purchasing new vehicles: performance, fuel efficiency, technology and safety.

“We forget that for most people, a car is one of the most expensive investments they’ll make in their lifetime, so they expect a reliable vehicle,” said Chad Lyons, Chevrolet Spokesman.

Reliability for the 2016 Chevrolet Malibu is more than a buzz word – it’s a total, one of a kind mindset.

And the ninth generation Malibu is so important, General Motors will not let it be anything but.  As Lyons stated, a car is one of the most expensive investments for a family.  When those customers come forward, they have lots to choose from in Malibu’s class.

Yet, GM is trying to gain the edge through contemporary technology backed by old fashioned dependability. Power to weight ratio shines for the 2016 Chevrolet Malibu as an all-new, Ecotec 1.5 liter turbo charged, standard engine compliments a vehicle now 300lbs. lighter.  The balance of engine power versus the car’s weight helps Malibu reach a GM estimated 37 mpg on the highway.

Malibu’s 300 lbs. weight reduction comes through higher strength, steel structural enhancements; in turn, complimenting the performance of the engine.  The less the motor has to actually move of the 2016 Chevrolet Malibu, the more power available, with less fuel required, to actually move the whole vehicle. 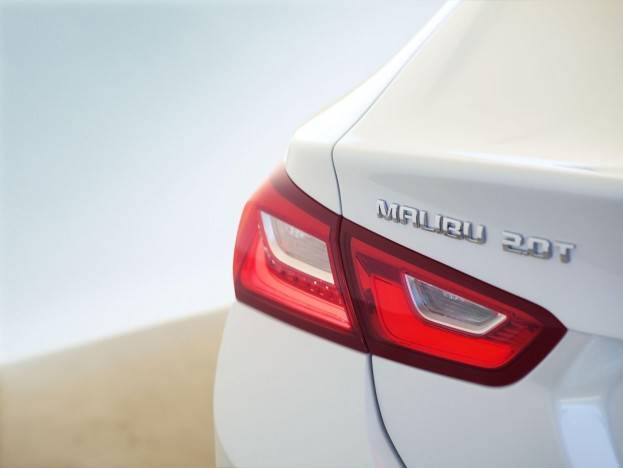 Furthermore, the Ecotec 1.5 utilizes a stop/start feature that shuts the engine down in any situation causing extended idle.  Waiting at lights or railroad tracks or being stuck in traffic all begin eroding the fuel economy landscape and the 2016 Chevrolet Malibu addresses this accordingly.

Aerodynamic changes for 2016 serve Malibu well on the performance and fuel economy fronts.  And yes, looks are part of it too:  The headlamps have a slender, sweeping effect to them and the three body-side creases and dual-port grille accentuate a mold that could only be recognized as a Genuine Chevrolet.

Malibu is more than a pretty face. The area where the windshield and hood meet, for example, is lower than previous models. This allows for smoother airflow over the car for better performance and fuel economy.  Style must have practicality and for the 2016 Chevrolet Malibu, style must also translate to reliability.

Combine the more streamlined airflow over Malibu with its refined balance of power to weight ratio and it radiates reliability.  The engine is experiencing less wear and tear, fuel economy is going up and neither power nor safety is compromised.

Power to weight ratio has roots in performance, yes, but it does in safety as well.  A lighter 2016 Chevrolet Malibu will stop quicker and handle more precisely when the unexpected occurs.  And should the unthinkable happen, Malibu’s body structure, although lighter, is laced with more high strength steel than ever before to maintain integrity during an impact.

That shell of safety is assisted by 10 standard air bags and available technologies like Forward Collision Alert with distance indicator.  Front Pedestrian Alert is channeled though an on board camera, bonded with a system that will apply the brakes at the last moment if necessary.

Even minor fender benders can be avoided with Automatic, Front and Rear Parking Assist.

Technology and safety are further married by Lane Keep Assist with Lane Departure Warning, new on the 2016 Chevrolet Malibu.  This will notify the driver when drifting unintentionally while Side Blind Zone Alert with Lane Change Alert provide an extra set of eyes.

Even technological advancements of the headlights advance safety.  Intellibeam, for example, automatically switches to high beams when necessary for improved illumination.

LED daytime running lamps on LT and Premier models help a driver not only see but be seen. For Malibu customers with kids getting their license soon, Teen Driver offers a wonderful, confidence boosting mix of technology and safety.  Even when a parent cannot be behind the wheel with their younger driver, they still can feel like they are.  Reckless driving is curbed as parents can view how their teen actually drove on any given day.

Things like top speed, distance, and number of safety alerts are all recorded for parents to view post drive.

Chevrolet is the first in the automotive industry to offer something like this.

Safety and technology for the 2016 Malibu must be usable and applicable but it must also be reliable. Parents who are monitoring the safety of their new drivers cannot afford to guess or worry.  They need to know and they need a car trustworthy enough to provide that information.

The 2016 Chevrolet Malibu is that car. 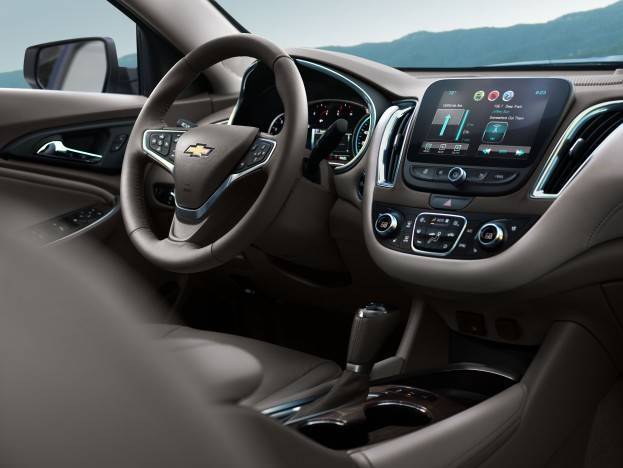 The 2016 Malibu will be available fourth quarter and GM’s Fairfax Assembly Plant, in Kansas City, Kansas will roll production.  A $600 million investment for upgrades in 2013 will no doubt prove beneficial to the Fairfax Assembly team as they build this promising Chevrolet.

The Malibu first appeared in 1964 and although times were different then, I don’t believe much has changed. Families then wanted the latest advancements in performance and safety just as they do now. A 1964 Chevrolet Malibu looks different from this 2016 but what drives it really isn’t – the honest, hardworking person.

And that’s why the 2016 Chevrolet Malibu changed so much . . . because the reasons why customers depend on it have changed so little.

Photo Credit: Chevrolet
Special Thanks: Chad Lyons, Chevrolet Spokesperson
About Chevrolet: Founded in 1911, Chevrolet is one of the world’s largest automotive brands, with a presence in more than 115 countries.  From the rugged Silverado to the iconic Corvette, performance, fuel efficiency, technology and safety remain cornerstones of the brand.  Chevrolet resides in Detroit, Michigan under the General Motors namesake.