In 2009, there were about 14,500 engines with Ford’s EcoBoost namesake.  At the time, I was a Master Certified Sales Consultant at Sioux Falls Ford in Sioux Falls, South Dakota.  All of us sales guys loved the power of the EcoBoost but the quantities on the lot were certainly limited.

By 2010 production had jumped  to around 62,700 units but to most of our customers, EcoBoost was unknown.

A client of mine, in 2010, admitted they thought the leaf on the EcoBoost logo meant it was “some sort of new hybrid.”   It wasn’t until after I delivered the vehicle and made a follow-up call a week later they told me.

They thought I was “pulling a fast one on them” as a “typical car salesman” when I began explaining how the Flex was turbo charged.

EcoBoost was a new concept then but that changed when the 2011 F-150 rolled into town. 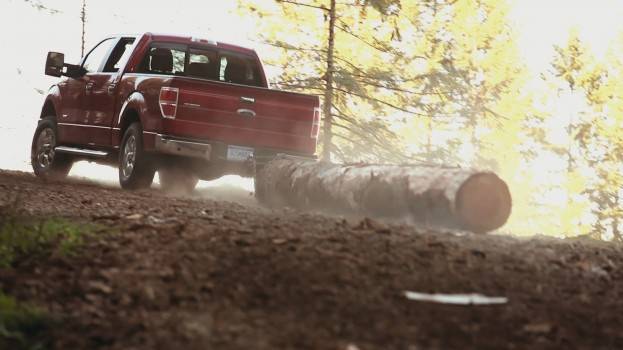 As we catered to a Midwest market, there was the inevitable objection from hardcore truck buyers; ranchers, hunters, fishers, general contractors, off road enthusiasts etc. about how a V6, in a truck, was actually going to perform.  I mean, trucks are supposed to have V8 engines, right?

It appeared to many at the time Ford was literally betting the farm by putting the EcoBoost in their number one seller.

Deep down, I knew the EcoBoost F-150 was going to be successful but I never predicted it would redefine Ford’s stance in the automotive industry.  I don’t think any dealership in 2011 anticipated the demand for EcoBoost F-Series trucks would grow so high.

Regardless of displacement, EcoBoost engines share common character traits, particularly in how they make use of fuel and air.  The combination of these elements reduce fuel consumption and emissions but increase power.

It is how Ford gets away with putting smaller engines in automobiles that are typically associated with bigger displacements.

Direct injection is the first, allowing a concentrated and precise delivery of fuel to the cylinders.  Through a common rail, highly pressured fuel is fed to the combustion chambers via the solenoid injectors.  The injectors are optimized for a specific relay of fuel as to ensure not a drop of gasoline is wasted.

At certain points, injections can happen more than once per stroke, creating additional on demand power. Direct injection further reduces knocking and helps cool the air in the cylinders, through the evaporation of fuel in the combustion chamber.

Turbo charging creates the low end torque associated with the EcoBoost engine by forcing more air through it. The EcoBoost is regenerative on this front, as the turbos turn exhaust gases into measurable torque under the right foot.  High rotational speeds of the turbos better prepare a driver for the conditions ahead, especially if they warrant more snap.

The EcoBoost turbo charging model is designed specifically to give appropriate power across all types of driving.

Another EcoBoost personality is Twin Independent Variable Cam Timing, which controls the duration in which both the intake and exhaust valves remain open, otherwise known as valve overlap.  Depending on the driving conditions, Ti-VCT will either advance or retract the cams, independently of each other, for the best performance in that particular situation.

The EcoBoost does not have to sacrifice say a smooth idle for efficiency and/or horsepower and torque.

Ti-VCT is not a “fixed” cam shaft and it’s flexibility in opening and closing the valves is of particular benefit to the turbos. Under heavy acceleration, Ti-VCT provides maximum valve overlap, so air can glide freely through the engine.  This eliminates the need for high boost pressures so the turbos can remain smaller for better responsiveness.

On the opposite end, under low stress conditions or idle, the valve overlap is dialed back as to block the combustion chamber. With both valves closed or near closed, fuel cannot enter the exhaust and escape through the tail pipe unused. Here is the cast of Ford’s EcoBoost show, now playing at a Blue Oval dealership near you.

This three-cylinder EcoBoost has earned Engine Technology International’s top honors three years in a row and only Ford has pulled that off.

This little fuel sipper is found in the Ford Fiesta SE with a manual transmission and the Focus SFE; the latter boasting 42 mpg highway.

The 2015 Ford Fiesta ST houses this near 200 horsepower engine, giving the car a combined fuel economy of 29 mpg.  The Ford Escape also features the 1.6 EcoBoost.

Upgraded 2015 Fusion engine, found on the Titanium trim level.  This EcoBoost hashes out 240 horsepower on premium fuel with 270 lb. ft. of torque at 3,000 rpm.

The Ford Edge and Escape also run the 2.0 displacement EcoBoost as does Focus ST.  The latter can hit a top speed of over 150 mph.

Ford debuted the newest member of the EcoBoost family at the 2015 Geneva International Motor Show. The 2016 Ford Focus RS will disperse more than 315 horsepower through the car’s all wheel drive configuration.

Production is expected later this year.

The power of the 2.7 is accentuated by F-150’s lighter weight, courtesy of the High Strength Steel Frame and aluminum body.

The growl of this engine is the best part.  It’s truly raw, American muscle.

A Ford Focus, equipped with a 1.0-liter EcoBoost, carried the distinction.

And the workers in Wayne carried the determination for the next 5 million. About Ford Motor Company: Founded by Henry Ford in 1903, the Dearborn, Michigan manufacturer holds a presence in six continents and was called “the most important industrial company in the history of the United States,” by Forbes Magazine.  A workforce of nearly 187,000 employees represent the company’s two main brands, Ford and Lincoln.