Acura continues their safety reputation with their new TLX, earning the highest possible marks with both the National Highway Traffic Safety Administration (NHTSA) and the Insurance Institute for Highway Safety.  A 5 star rating from the government’s New Car Assessment Program and IIHS’s Top Safety Pick honors are forthcoming as well.

The 2015 Acura TLX is one of three new midsize, luxury automobiles to receive such accolades.

The 2015 TLX is the first Acura equipped with AcuraWatch contributing to its overall safety.  Millimeter wave radar and a monocular windshield camera enhance the depth of the vehicle’s sensing capabilities with AcuraWatch.  This allows the TLX to correctly respond to an unexpected person, child, car or barrier on the road.

Technology of this kind provides greater safety for both driver and passenger. AcuraWatch, although prevalent on the TLX now, will be available on all their models in 2016.

“Safety is a core value of the brand and all 2016 Acura models are expected to earn top safety scores,” Accavitti said. 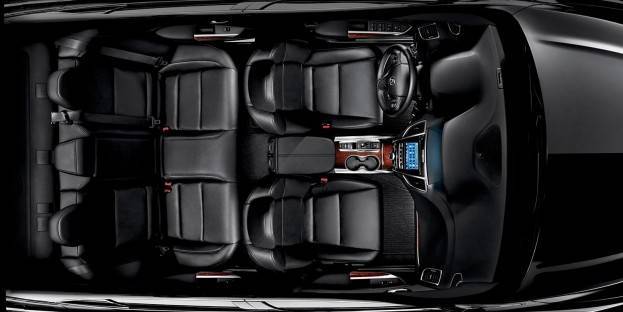 The TLX also employs Acura’s next-generation Advanced Compatibility Engineering.  In the event of an accident, the force of impact is directed around and away from the occupants.   This couples with front, side and side-curtain airbags to further the level of protection inside.  The TLX stands as one of Acura’s best-selling models and while a number of factors contribute to that, safety features like ACE remain a top reason.

Standard and available features in AcuraWatch: