For those of us that have a solid understanding of physics, the Porsche 911 has always been a little off. With motor hanging off the ass of the car, the 911 has been quite a handful in previous generations. All that junk in the trunk really helps with acceleration but it has been a problem in the corners. Basically, if you lift off the throttle mid corner, you and the ditch are going to become good friends. The more weight towards the rear of the car, the more likely this is to happen. It’s called snap steer and a lot of mid and rear engine cars are capable of this (obviously you won’t notice this in a Ferrari or McLaren). 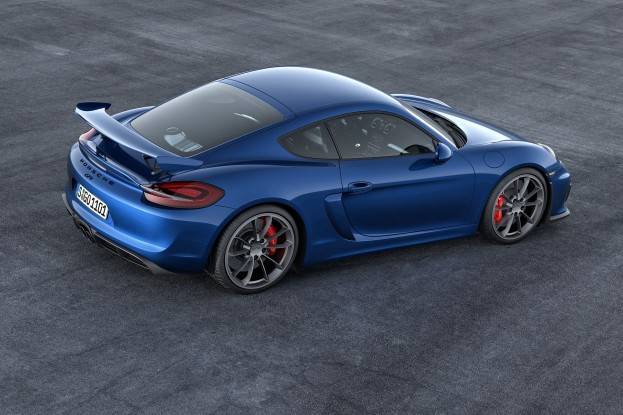 In the last 20 years, Porsche has finally figured out how to engineer around that problem. REALLY wide tires and fancy electronics help control that J-Lo sized booty. The real answer has always been to center the weight. Physics prefers to centralize the mass between the front and rear tires. Any weight on the overhangs of the car is substantially more detrimental to handling than the same weight centered between the tires. This is why Subaru and Audi are known to understeer (engine is ahead of the front axle) and 911s have been known for lots of oversteer which then leads to snap steer when the car changes momentum quickly.

Porsche has had a model for almost two decades that corrects this. The Boxster (and subsequently the Cayman) had the engine directly behind the passenger compartment, ahead of the rear axle. This makes a lot more sense in the world of lateral Gs and inertia. The biggest issue with the Boxster and Cayman has been power. Porsche didn’t want those two cutting into the 911s segment and have kept a lid on the engine options. This line seems to have finally been crossed with the Cayman GT4. The GT4 is sporting the Carrera S engine making 385 HP. This is a 45 HP gain over the GTS, which is the next model down. The top speed is 183 MPH, only 12 MPH short of the new 911 GT3. The GT4 comes exclusively with a purist friendly 6 speed manual, the kind with three pedals. It’s not all about speed though. The GT4 has lots of 911 GT3 parts installed. The majority of the braking system is from the GT3. The suspension is uprated to GT3-esque levels allowing the GT4 to tear apart the North Loop of the Nürburgring at 7 minutes and 40 seconds. That is Italian supercar territory. The interior is covered in leather and Alcantara, just as you would expect from a road going Porsche.

The best part, however, is the price. The GT4 will start at $84,600. That is a lot of car for the money. To get a 911 with similar performance, you have to spend over $115k on a Carrera GTS that isn’t as well suspensioned or braked. To get similar driving dynamics, you are going to have to get a GT3, which is $130k. The GT3 is a fair bit faster but you can buy a lot of stuff for that extra $45k. Like a supercharger or a bunch of track entry fees.

I doubt these will ever get down to an “every man” price like a regular Cayman. If you want to try one out, in a poor substitution sort of way, EA (e-mail me if you want to talk about them) has released an update on Real Racing 3 with the GT4. I am not sure that you can get a real feel for a car in a mobile game, but for some people it might be worth the endless grind and microtransactions to get it. No animosity here, I promise.