Anyone Else Going to Kick Ford in the Balls If the New Focus RS Doesn’t Get AWD? At this point, we are all waiting impatiently to see what the Ford Focus RS will be like in its production uniform. Since the introduction of the 2012 Focus, the US has finally been brought up to global standards with the Focus. Before that we just kept getting the same warmed over junk that came out 10 years earlier. The Focus was comfortable, sporty, and really well screwed together. I had a 2012 sedan for a couple of years and liked almost all of it (the hatch is more practical and the Powershift automatic transmission was completely USELESS). I have thought about getting an ST but am not too sure that I would like that level of torque steer.

Likely, the first time I got into second gear hard that thought process would go away. Then I heard that we were getting an RS version of the Focus. That means more power right? Of course! But with more power through the front tires might be less than useless. This is where the rumor mill lit the fires and started grinding out possibilities. The biggest, and most logical, possibility was that Ford would install an AWD system to deal with all that new power. 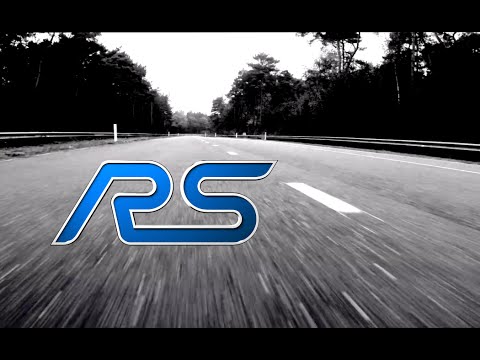 AWD would make the new RS have some serious clout. With proper tuning, it could take on serious tracks and party with the big boys. If I were Subaru, I would be getting nervous about this. The new WRX and STI seem to be going well but, as usual, they aren’t exactly lookers. Subaru also won’t let you have a hatchback with your turbo like they used to. If you wanted a fun AWD hatch your choices were now VW and nothing. Since I would rather light my hair on fire than buy most VW products, I was screwed.  Then along comes Ford with the possibility of AWD on the new RS. Needless to say, if this happens, I might be raiding the couch for a down payment. At this point it seems pretty likely that the RS will be blessed with four spinning tires. However, until that particular press release drops, I’m not holding my breath. The stuff that we do know for certain about the RS is this. We are getting it! It will have a version of the 2.3l Ecoboost four cylinder found in the Lincoln MKC and Ford Mustang. The Mustang makes 310 hp and 320 lbs-ft so we can expect at least that much from the RS. I am throwing my hat in for 340 hp. This should keep it a tiny bit behind the Mustang GT’s 4.4 0-60 mph but still fast as hell. The handling should be at least as good as the Focus ST, which is already killer. You can also expect to see such things as Recaro seats and dual exhaust. I just hope it doesn’t have this silly wing on it.