I thought that it would be nice to dedicate some space to tired car design trend retreads that are being passed off as new and refreshing. We are talking about Recycled Car Design Delivery (ReCarDeD), putting a team’s great design work on your own vehicle line until the entire automotive landscape looks the same.

What once was startling and even groundbreaking, has now become a victim of in the best case stale; and in the worst case a sad parody of once brilliant design innovation. Although there are many troubling design trends that will be tackled in this series, we will start with one that has gotten out of control and has little to do with anything except trying to ape some upscale street style. Now do not get things twisted, this feature has been on serious race cars for years and also on some concept cars stretching back to the 1950’s, however Lamborghini deserves the credit for putting it out there for the world to see.

Lamborghini’s massive angular front air intakes were once a bold statement symbolizing automotive design aggressiveness and brutality in the name of stunning fascia beauty. First seen on the Murcielago in 2001, this particular statement has popped up on nearly every vehicle type regardless of price segment or performance attribute. I invite you to look below at some examples of automotive plagiarism that range from the tolerable to the ridiculous. 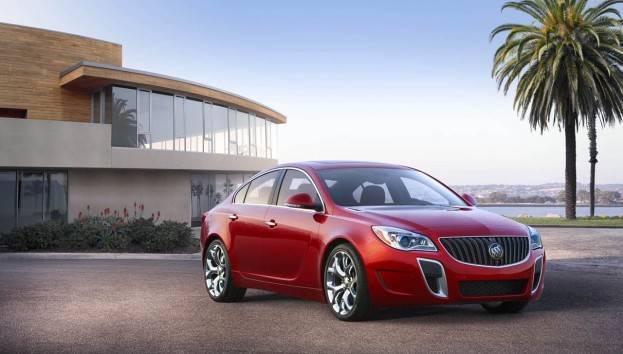 The Benz – maybe I can accept from a form follows function perspective, the Buick and the Mazda certainly not. Some try to brush it off by placing fog lights or subtle patterns in the opening, they are fooling no one and the result is a look that is equal parts cheap and disgusting. There are dozens of examples of ridiculous applications of the Lambo treatment including SUV’s and Pickups – just look around your average parking lot and commence face palm.  Next in the series will tackle the scourge that is the giant single frame grill.