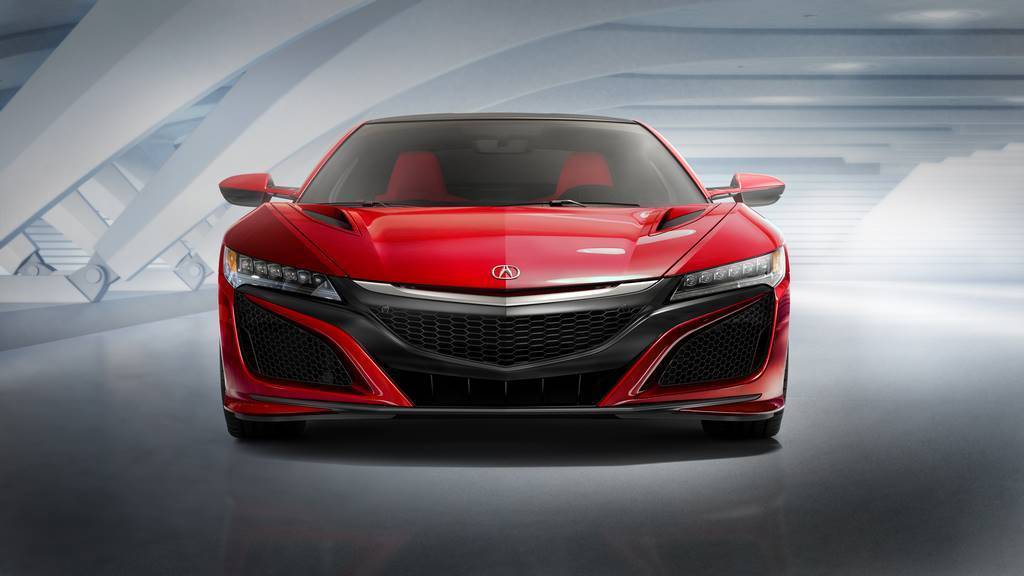 So, Acura has FINALLY released the production version of the next gen NSX. We saw a concept in 2012 running around in The Avengers, but this is a real car. It may not look as exotic to me as the Ford GT that we posted about yesterday, but it has at least as much tech inside. I will get to that in a minute. The overall shape is vaguely R8 esque, which isn’t a bad thing although a little generic. Acura claims that the front and rear fascias are a throw back the last generation of NSX. I’m not seeing it, but the new one looks even better than the 2005 NSX posted below. 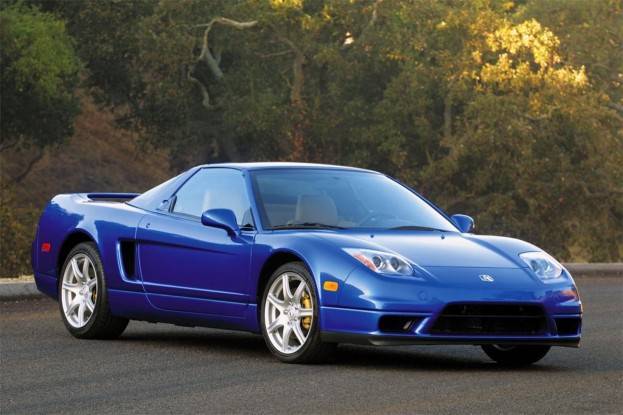 The original NSX was a crazy combination of chassis innovation and reliability that the industry had never seen before. It used an all aluminum chassis, the first ever, and lived up to Honda’s reputation for quality. I have heard that the NSX wasn’t thoughts of as prestigious or intimate as a Ferrari because you didn’t develop a relationship with your dealer or repair shop. I.E. since the NSX didn’t constantly break down or need service every 12 feet; it was treated as a regular car not a rolling art piece.

To me, a regular Joe that needs to get places on time, this makes the NSX much better than its competitors, not worse. While not a fire breather, the original naturally aspirated V6 was plenty to make the NSX quick and perfectly balanced. It was the epitome of a driver’s car. Lets hope that the new one lives up to that legacy.

The new NSX isn’t as simple as the original. That’s ok though because at the time the original NSX was pretty cutting edge. It had V-TEC, electric power steering, titanium connecting rods, and an all aluminum block long before any of these were standard items on your new Honda (Ti connecting rods excluded). The new NSX continues this trend with a three motor electric hybrid drive and a twin-turbo V6. Acura is calling it the Sport Hybrid Power Unit, which sounds like a lot of buzz words to me. Basically, it is divided into two main components. At the back of the car is the main drive unit. This consists of a twin-turbo V6 mated to a nine-speed dual clutch transaxle. In between the engine and transmission is a direct drive electric motor. At the front of the car are a pair (one for each wheel) of electric motors that supply power to the wheels when needed. This basically means that when you need AWD, you get it and when you don’t, it’s gone. This should make for a very interesting and capable sports car. No word on what this combo makes powerwise, but the rumor is north of 550 hp. I think that Honda is capable of doing that without the electric drives, so here is hoping the we can snag an extra 120 hp off those.

The chassis is also packed with new tech. It uses a combination of aluminum and steel around a carbon fiber floor to create an extremely rigid vehicle. The body itself is a combination of aluminum and sheet molding composite (SMC). I had to look that up. It is a process where you take glass or carbon fiber (most likely carbon in this case) and chop them into strands a few inches long. Then you glue them between two layers of material, such as plastic sheeting, to provide a very stiff panel. This process isn’t as difficult as traditional woven carbon fiber with most of the benefits. The takeaway is that you get lightweight panels that are much more durable than plastic but don’t cost $26K for a fender. No word on the overall weight of the NSX but since it doesn’t need a AWD transfer case and front differential, like the Nissan GTR, I can’t imagine it weighing more than 3500 lbs. Not as light as the original but not bad in a world of 5500 lb Bentley GTs. 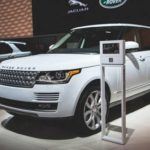