At last year’s Los Angeles Auto Show, Ford pulled the covers off of the new Shelby GT350. It was somewhat of a foregone conclusion that a GT350R was going to be coming, but when. Well, the wait is now over with Ford unveiling the Shelby GT350R Mustang at the North American International Auto Show, which is said to be the most track-capable production Mustang ever. This is a big claim, but considering what Ford has done recently it’s hard to argue against them. The new GT350R will follow in the spirit of the original GT350R, that Carroll Shelby gave us in 1965, but will it live up to its name sake? Thanks to innovating aerodynamics, chassis-engineering and weight savings it looks like it will.

“The Shelby GT350R Mustang is a no-compromise car in the pursuit of maximum track capability,” Raj Nair, Ford group vice president, Global Product Development said. “It is a thoroughbred street car making use of technology and ingenuity to deliver performance few enthusiasts have ever experienced.” 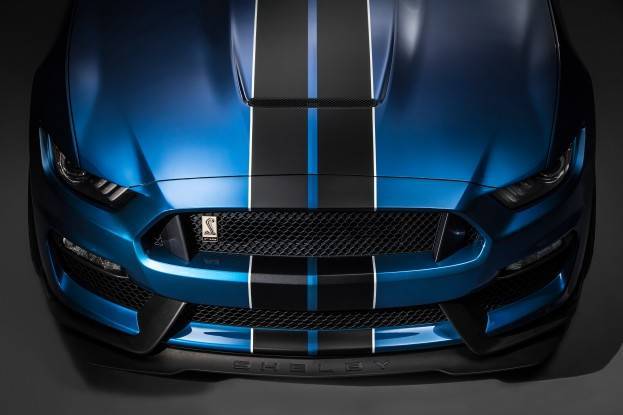 Like the standard model, the GT350R will feature a 5.2 liter flat plane crankshaft, which is also the most powerful naturally aspirated engine Ford has ever produced. Of course it’s not just about the engine the suspension has also been given a fair amount of attention. It’s been fitted with revised spring rates and anti-roll bars, a lower ride height, unique track-tuned alignment settings along with other changes that promise agility for any road course.

“The Shelby GT350R Mustang is a car with the nimbleness and power delivery you want on a road course,” Nair said. “This isn’t just about horsepower. The Shelby GT350R is an all-around balanced athlete – one that is extraordinarily precise and agile.” 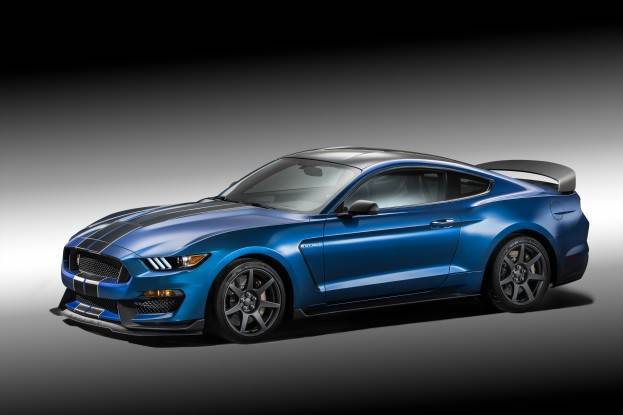 Having carbon fiber wheels isn’t just for show, there’s a weight savings of 13 pounds per corner and that means less unsprung weight and a reduction in of rolling inertia. I’m quite excited about this, but still I fell like it would be more impressive if it were on the standard GT350, instead of the limited production R model. That being said I’m still excited since it means we could begin to see more manufacturers producing carbon fiber wheels.

Wrapped around those wheels will be Michelin Pilot Sport Cup 2 tires, with a specially designed compound for the GT350R. The Camaro Z/28 set the bar for weight reduction in an American sports car and the GT350R is doing the same. 130 pounds have been shaved in comparison to the GT350 with the track pack by removing the air conditioning, stereo system, rear seats, trunk floorboard and carpet, backup camera and other items.

Some of these things can be added back in, but it seems wrong to do so. If you want those items, just get a standard GT350. Aerodynamics have also had quite a bit of attention paid to them with a number of details including a hood vent, underbody pans, diffuser, vented wheel wells and other features that contribute to the amount of downforce the GT350R will generate.

Then there’s the engine as previously mentioned it will be a 5.2 liter dual-overhead-cam V-8 with a flat-plane crankshaft. No numbers have been announced, but Ford said it will make over 500 horsepower and 400 pound feet of torque. Not to be ignored are the design details. The exterior will feature red calipers and red pin striping at the edges of the racing stripes.

To say I’m excited would a bit of an understatement. The GT350R looks to take the Mustang reputation to the next level and could finally be a true successor to the original GT350R. We’ll have to wait until later this year to find out though. 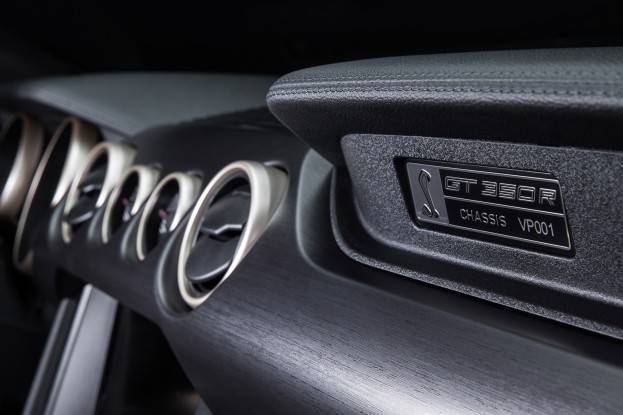 “This is the pinnacle of performance Mustangs today,” Dave Pericak, director, Ford Performance said. “The Shelby GT350R Mustang lays the groundwork for a story that will play out for years to come on the track and the street.”

Ford seems to be on a roll recently and based on what Pericak said, it looks like Ford will be giving enthusiasts more reasons to be excited in the coming years.