I wasn’t sure that we would see this until Ford’s 150th anniversary but here is the new Ford GT. This was one of the first big reveals at the Detroit Auto Show. Ford has done a great job keeping the lid on this. I haven’t heard any rumors about a new GT. One Ford insider said “This comes as a shock to me.” I do love a good surprise.

Back in 2002, Ford released the Ford GT concept. This was the beginning of a two year run (2005-06) of production GTs. They had retro styling and gnarly power. It was an excellent homage to the classic racing car, the GT40. Seeing that these were limited production, the MSRP of around $150K was never the actual cost of one. From what I saw, most traded hands for well into the $200k range. To me, this means that there was a demand that outstripped what Ford was willing to produce. The 2005-06 GT has done nothing but appreciate since. A quick Google search shows many examples for sale over $300k with the “cheapest” coming in at $240k. The new Ford GT will hopefully have large enough production to avoid repeating this.

Lets get into the meat of the new car. The new GT makes “over” 600 horsepower from a version of Ford’s 3.5L Ecoboost V6. This motor has already been proven very potent in the SHO. Now, with damn near double the power in a car bound to weigh a half ton less, it should be quite the spectacle to behold. You may say “but I don’t want a super car with a Taurus engine.” That’s fine, buy a Ferrari. For me, this means that the end result will be A) cheaper to build, B) cheaper to maintain, and C) more reliable than the italians and the previous Ford GT. Not to mention that it may actually weigh (a lot) less than the old GT. The new GT will only be offered with a seven speed dual clutch transmission. More than likely this is a unit that is already used in another mid-engine super car today. No third pedal. Oh well, you can’t win them all.

The chassis sounds similar to what Chevy is doing on the new Corvette Z06. It has a combination of aluminum and carbon-fiber. This means that you can once again expect a (relatively) reasonable price. I fully expect the new GT to weigh in around 3200 lbs or less. The last GT was 3,350 lbs with a V8 and much older chassis technology. The passenger cell, unlike the Corvette’s, has a carbon-fiber tub. For those that remember, Ferrari did this on the Enzo. That is good company to have. Basically, even though I will never be able to afford one or likely see it in public, I am stoked this is happening. It means that the car enthusiast is alive and well. That we are spoiled for choice with all the great cars for sale now or in the near future. That I don’t have to spend all my time writing about how the new econobox has two inches more headroom than the previous model. I am very thankful for that last one.

And of course, here are plenty of pictures of the new and awesome Ford GT: 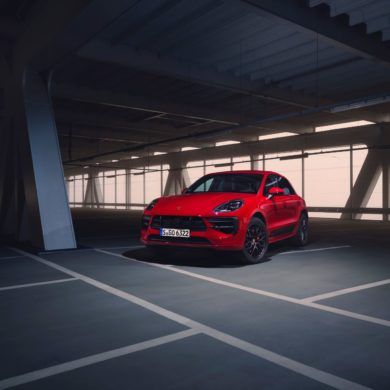