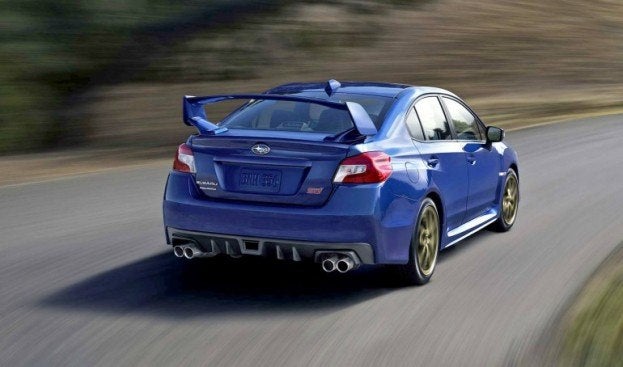 When the 2015 Subaru WRX debuted late last year at the L.A. Auto Show everything seemed, well, peachy!  Still the same flat 4 cylinder single turbo approach, however it has been downsized to a 2.0 liter from a 2.5, but actually slightly upsized the power from 265 to 268 hp.

For the first time, Subaru is putting a 6-speed manual gearbox, offering automatic transmission with 6 or 8 speed manual override modes controlled by paddle shifters.  The styling was an improvement as well, but still looked like a glorified Toyota sedan. 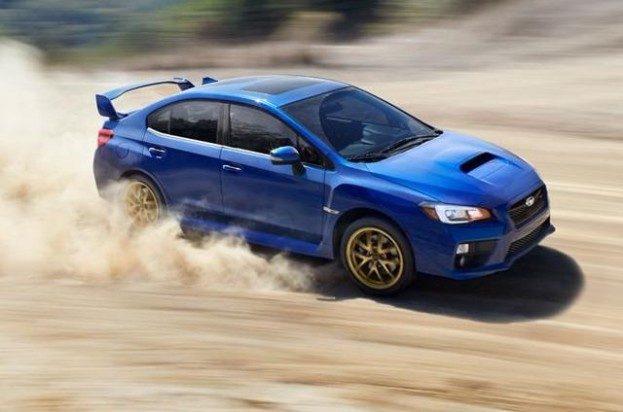 With all this in mind we were getting rather excited for what the steroid boosted brother (aka WRX STI) would have in store for rally enthusiast and hooligans around the world!  That was until every slight improvement was over-shadowed by the fact that Subaru is using the exact same EJ257 2.5 liter DOHC turbocharged engine and transmission that they have been using since 2008.  The figures are identical as well so they haven’t even tuned it up.  You get the same 305 hp and 290 ft lbs of torque from the outgoing model.  You get the same DCCD (Driver Controlled Center Differential) that offers the same modes as before: Intelligent, Sport, and Sport Sharp.  The same Auto modes are included with Auto [+] and Auto [-], directing the power towards the front in plus mode, and the rear in minus mode.  Fan boys will be happy that they stuck with the hydraulic steering as well. 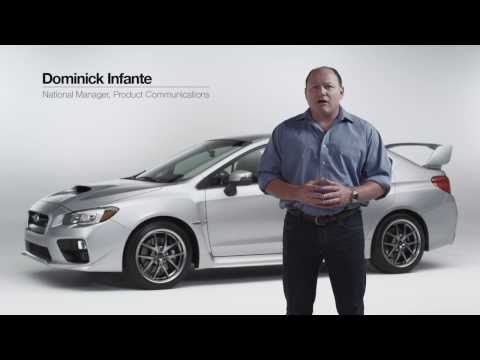 So what’s changed?  Well when you watch Subaru’s “in depth” video, he simply drones on about how the looks have been changed and denote more aggression.  Aside from that there are some minor changes.

Right off the bat, they’ve put in equal length headers in the WRX to improve performance, you can probably expect the same for the STI.  This devastatingly means no more Subaru rumble!  It has a longer wheelbase and more room in the back seats, but they have quickened the steering ratio from 15.0:1 to 13.0:1 to sharpen the response.  They also have a brake-based torque vectoring system that’s supposed to reduce the understeer that has so plagued these rally-inspired cars on dry pavement. That should be great when you all of the sudden wish you had a Mitsubishi Evo IX, and will allow you to toss the arse around a bit.  All of the stability control and vectoring of your torques can be taken away and the driver can choose a 50/50 power distribution or if he’s feeling “hoony” they can put 65% to the rear wheels the same as before.

Subaru also put in a remastered sport tuned suspension that’s going to reduce body roll by 16%.  The chassis has also been stiffened up with larger front and rear anti-roll bars.  All of this should also be helpful to reduce that awful and embarrassing understeer. Hopefully there will be no more need for a skid pad to have fun. 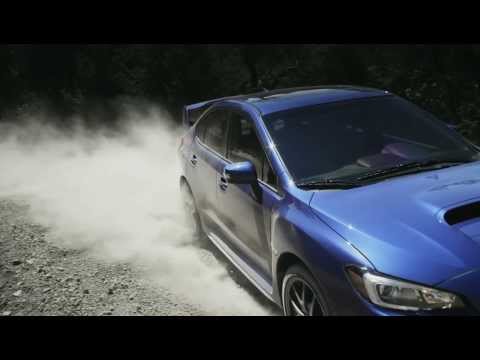 There’s no alternative to the new STI, it has completely cornered the daily AWD enthusiast market.  The Evo has shown no signs of returning within the next year as Mitsubishi has stated they are more focused on hybrid technology right now, leaving the new STI running unopposed.  So what does this all add up to?  Here is the good and the bad. Because it’s keeping the same power plant, upgrade performance parts and tuning will be not cost you any more than the previous STIs.  The parts are everywhere and the R&D has already been done.  The handling should be drastically better as well.

Here’s the bad: Once again it didn’t increase in power, sorely disappointing us all.  300 hp was something back in 2004, but a decade on a 5 hp increase is laughable.  People expect more out of a top of the line turbocharged performance car.  350 hp would be something to be excited for…even 330.  As it stands right now the dealers will have a hard time convincing people to buy it.  Your best option is to find a used STI, and put the left over money towards improving the handling and getting a good tune for increased power.