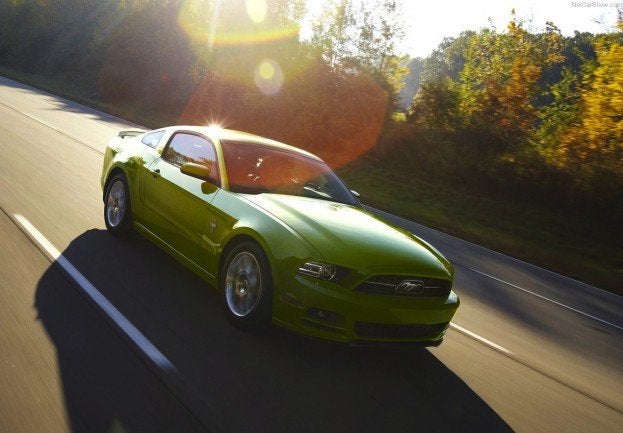 The Ford Mustang has always been a uniquely American product if there ever was one. The pony car craze started with the original 1964 Mustang and while it has waxed and waned, never left the American auto scene. When the competition saw the original Mustang, they didn’t think it would be a success. But a success it was, and one of the most enduring for Ford Motor Company.

Chevrolet tried catching up with the original Camaro, and saw some success but never captured lighting in a bottle like the original Mustang. The current Camaro nearly repeated this; coming years after the Mustang. History began to change with the Camaro consistently outselling the Mustang in the sales race. Over the years the Mustang has consistently led. Now, a new report is out saying that Ford is looking to turn the Mustang into more of an international product. The current car, like all previous generations, has been designed specifically for the American market – in other words to fit our regulations and the like. Barb Samardzich, head of Ford Europe, says the next-generation Mustang will be designed to meet European Union pedestrian safety rules. Popular Hot Rodding has a big new feature article on the 2015 Mustang that is a must-read.

A desire to move into the future and be sold in global markets like the United Kingdom, Australia and Japan is resulting in a big change in focus. The next-generation Mustang will be sleeker, and more modern – aiming to carry Mustang in to the future. It’s true, you can only look back for so long. We’re eager to see what Ford design comes up with to take the car into future. Also in the article is news that the next-gen Mustang will be dropping by about 300 pounds. Losing weight like this would mean a big boost in performance right off the bat, without having to crank up the power output. Under the skin, the car will also finally be getting the long-awaited independent rear suspension. The magazine reports that the next-generation car will debut at the 2014 New York International Auto Show, in time for the Mustang’s 50th birthday. 50 years is a long time, and it makes the 2015 car the most important Mustang yet. We can’t wait to see what they come up with.