Stop what you’re doing; I’ve got some breaking news. Cars have changed significantly since they began hitting the roads. I know this isn’t breaking news, but it’s no less interesting. Since the beginning cars have been evolving. Many features have come and gone.

For some enthusiasts, of which I count myself as one, I see all of this technology and miss some of the features that gave cars a little more character. Some had to be done away with because of safety concerns, others fell out of style, while others were killed by designers.

Ardauto.ie has compiled a list of features that can no longer be found on new cars that many people remember fondly. Looking at this list it brings back a lot of great memories and reminded me why I have such a love for old cars.

Depending on how old you are or your exposure to old cars you will remember bench seats. Yes, they can still be found in the back of many cars, but there was a time when bench seats also were the front seat. A fixture in many large American cars they added to the experience of driving these land yachts. Bench seats are gone now replaced by bucket seats in order to have the shifter, center console, switches and storage placed between the two seats.

Climb into most any old car and you will find an ash tray. These started to disappear in the 1990s and by the 2000s they could be had as an option. Why? It was seen as something that was taking up space. It happened so quietly that many people didn’t notice. I can’t imagine the new Toyota or Honda having multiple ash trays. The only purpose they served for me was a place to put spare change.

The next time you’re at a car show look at the size of the trunks of any old car. They are cavernous. You could get lost inside of them. There was a time when it wasn’t uncommon for a car to have 25 square feet of trunk space. Now if you want a large trunk you are forced to buy a large SUV or van (personally that is no way to go through life.)

Spacious trunks had to be done away with so that cars could become more aerodynamic, which translates into better fuel economy. It’s hard to argue with increased fuel economy, but when I have to put one set of golf clubs in the back seat and one in the trunk, it’s a bit annoying.

Inspired by the Lockheed P-38, the first tail fins appeared on the 1948 Cadillac. GM designer and automotive legend Harley Earl was credited for introducing the trend. Tail fins weren’t limited to American cars as many European cars sported them. Sadly by the mid 1960‘s tail fins were gone. 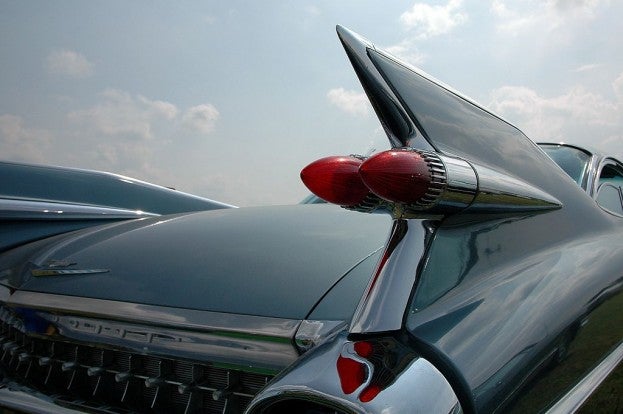 Interest in the space-age in the 1950‘s meant that tail fins weren’t going to be around for long.

I always looked at tail fins as an interesting part of the design language of the time, the way larger wheels have become more common today.

There was a time that every car not just Jeeps had a full size spare, not some space saver. Another feature lost so that vehicles could be made lighter and smaller.

Like the bench seat, this was a feature that the younger generation may not know about. The switch was placed near the brake or clutch pedal and was used to turn on the brights. In order to emulate European luxury cars American manufacturers started placing the control on a stalk on the side of the steering wheel.

The truck I learned to drive in had one of these and I loved it. I didn’t have to move my hands to turn the brights on and off. It also helped me with my foot work as I would be heel and toeing while also having to engage and disengage the brights on the back roads I would drive at night. 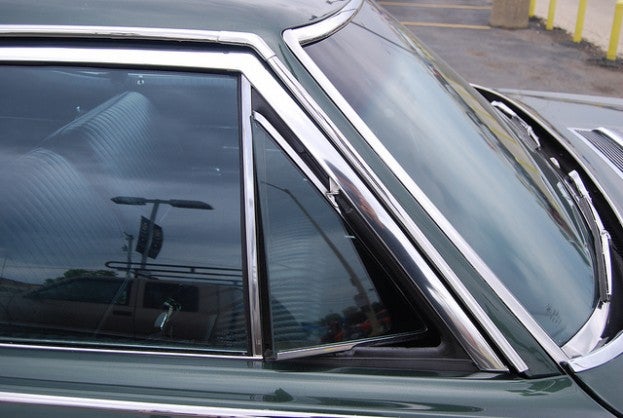 If you didn’t have air conditioning window vents were a God send. They helped air circulate within the car without having to have the windows down, which at highway speed can be a bit irritating. By the 1980s they began to disappear as air conditioning became a standard feature.

Thankfully those dark times are behind us.

Now, the horn is a part of the steering wheel.

A product of the 1960s, suicide doors meant there was no need for a b pillar. This meant that the opening was significantly larger and more convenient. Safety concerns killed this feature since it was there was the possibility of it opening while driving. 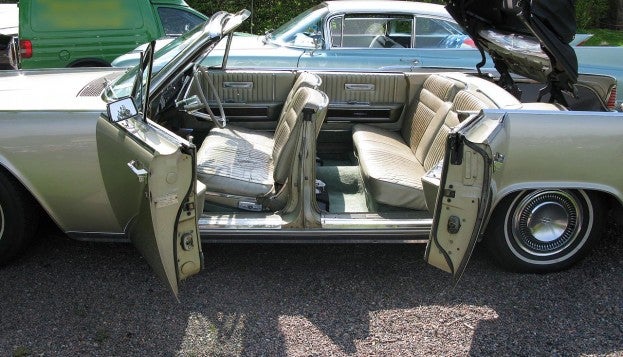 Like tail fins, suicide doors were an iconic styling feature that was unique and added a level of character to a car that has been lost in today’s modern styling.

These are not gone yet, but are not as prevalent with the rise of technology in cars. Now, we are seeing more buttons moved to the steering wheel and only one control knob. With touch screen technology becoming the norm in many other applications, the control knob’s days are numbered. Personally I would rather keep knobs.

The automotive world isn’t that different than the rest of the world, when a better solution is found, the older ones get phased out. Is there something lost? Yes, but that’s just how it works.

Thankfully old cars can still be purchased that have all of these bygone features.

Was there something missed on the list or do you have a good story about features no longer in cars? Let us know in the comments!