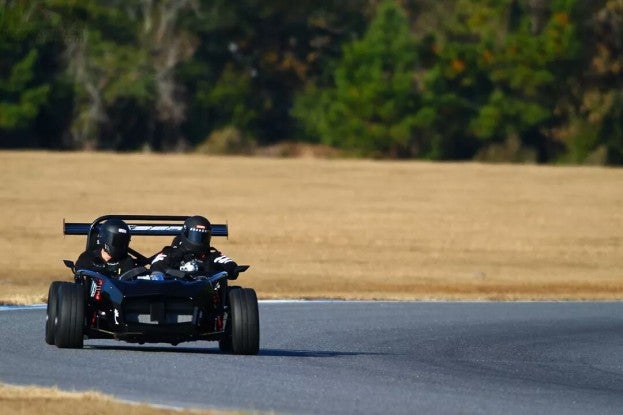 If you’re like me, your wife isn’t too keen on motorcycles. She especially doesn’t like the road going type. Which sucks, because, let’s face it, they are awesome! Well, if you are being asked, politely of course, to hang up the Shoei and start crocheting or something, here are a couple alternatives: the Exomotive Exocet and the Local Motors SF-01. These two cars have a different approach to a similar problem. That problem, of course, is to go silly fast on four wheels.

The idea behind these cars is that you have a bare frame and minimal body work. While body panels are nice and all, they are really expensive to produce in small quantities. For example, the Exocet has a competitor called the Catfish (Very cool looking) but the kit is almost twice the cost. The puts a pretty big dent in your funds for the drive train and suspension. The Exocet is what is known as a kit car. This means that it shows up in a box and you have to put it together. While this sounds daunting, they have done their best to streamline the process. All the parts for a basic build come from a Mazda Miata and the entire process can be done a couple of months on nights and weekends.

Compare this to other kit cars out there and the Exocet takes a quarter of the time. The biggest draw of the Exocet is price per pound. One builder had his Exocet weighed at just under 1,700 pounds. That is impressive.

It gets better though; that particular car has a Chevy LS3 engine and T56 transmission installed. That adds well over 100 lbs to the car. A basic build using the Miata parts would shave close to 800 lbs off a Miata while strengthening the chassis at the same time. The price, you may be wondering, starts at just $6,500. That means that with a junky, old Miata you would have less than $10k in a legitimate track car. I can definitely see one of these in my future. 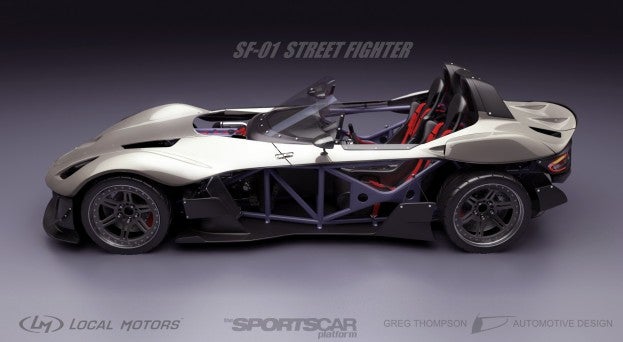 The SF-01 is still in the planning stages. However, if anyone remembers Local Motors last creation (the Rally Fighter) you know that they are perfectly capable of taking insane designs and making them real. The SF-01 is designed as a stripped down, street car that can handle track duty. Since it is still in the early stages, there are a lot of details that are left out. The designer made it clear that the chassis was designed to accept a variety of drive-trains and built with easy manufacturing in mind. Given crash testing rules in the US, I am fairly certain that the SF-01 will be sold as a rolling chassis that requires you to install your own engine and transmission.

There are a number of companies that sell replica cars, Superformance for example, that do this in order to fall under the home built vehicle laws. An SF-01 tearing down a back road with a nice straight six tune in my ears would make me very happy. I realize that this might just be vaporware but it is too awesome to not talk about. 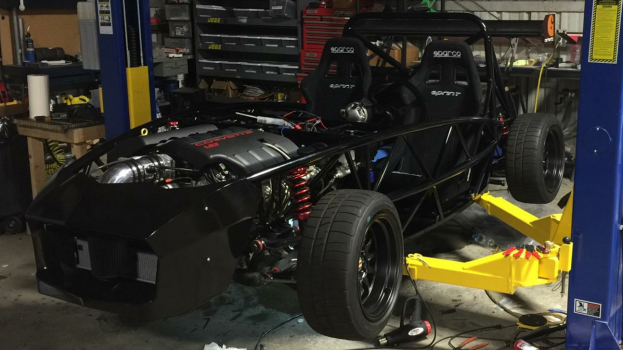 The idea here is that even though you might be getting older and are being told to act your age, you can still have fun. One Exocet owner commissioned a famous Miata Tuner, Flyin’ Miata, to build his car when this very thing happened. His bike went away and in came an LSA (the is the superchargered V8 used in the Cadillac CTS-V) powered Exocet. It has four wheels and a cage, surely making it safer than a motorcycle. Of course, he might have failed to mention the fact that it has a power to weight ratio better than a Bugatti Veyron. Who doesn’t like the smell of tire smoke? 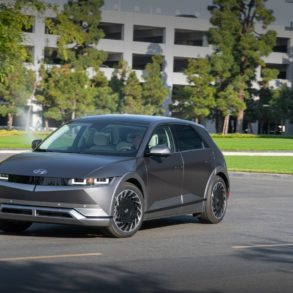