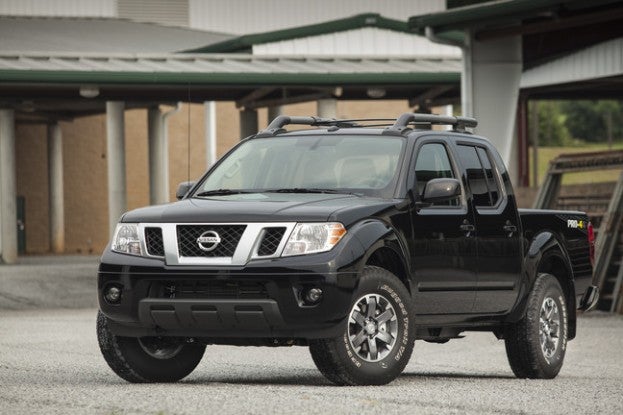 Nissan offers the Frontier for those looking for a mid-size truck without having to pay the full-size truck price if they don’t need it. The 2015 Nissan Frontier PRO-4X is built for those who need to get off the beaten path and away from civilization. The PRO-4X is still one of the most capable off-road vehicles on the market. And Frontier leads the pack in fuel mileage.

Table of Contents show
What’s new for 2015?
Inside PRO-4X
On the road with PRO-4X
Off the beaten path
Conclusion:

Inside, the cabin is comfortable and practical. The leather heated seats are ideal for cold weather climates and we actually turned them on one cold Colorado morning this week. The Crew Cab has a fair amount of room for a mid-size pickup but the back seat can be tight for adults if you’re traveling more than a couple hours. Because of the upright angle of the seatbacks, rear passengers can become uncomfortable after extended periods of driving. But for two people carrying cargo and heading to the back country, this is where the PRO-4X Crew Cab shines. 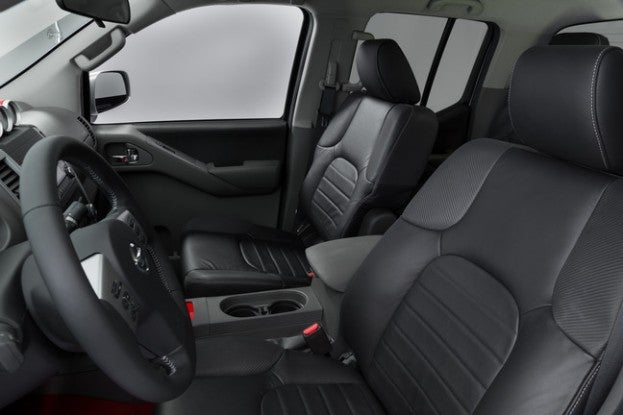 For those who need to transport lots of cargo inside, the Frontier gets high marks. For items you don’t want in the bed, the rear seats in the Crew Cab fold to create a secure storage area that creates a large cargo area that can be conveniently accessed through the rear doors. Frontier comes with a 6 foot bed option on Crew Cab models and gives extra cargo and equipment storage room for work or play. The available movable tie-downs offer added flexibility when it comes time to secure any load.

On the road with PRO-4X

The weather is starting to change in the high country of Colorado, but we got lucky and has some beautiful fall weather this week. We loaded our hiking gear and headed out in the new 2015 Frontier PRO 4X for a day in the mountains.

The 2015 Nissan Fontier PRO-4X ($32,560) with the optional 4.0-liter V6 powerplant had plenty of power loaded heading up I-70 at altitude. The V6 comes with 261 horsepower and 281 lb ft of torque to power the four-wheel-drive Frontier. It offered satisfying acceleration and pulled the steep Georgetown hill without an issue. The PRO4X four-dour model we tested has a stiffer suspension and we could feel it on the highway before we ever hit the trail. But buyers looking for a vehicle that can handle tough trails aren’t too concerned about ride comfort. 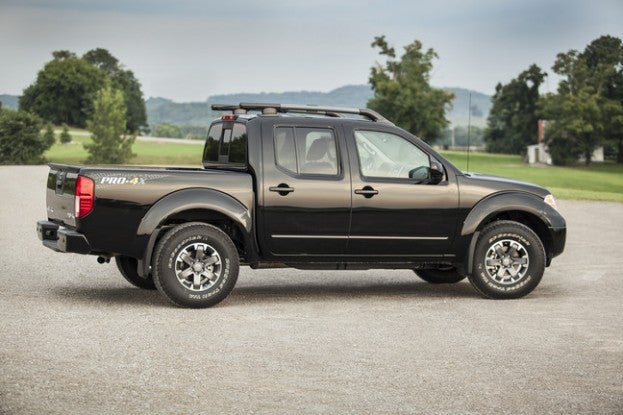 Off the beaten path

Off-road, the Frontier PRO4X was as good as they get. Nissan features a shift-on-the-fly 4WD system, a two-speed transfer case with 4/Hi and 4/Lo, larger 265/75R 16-inch All-Terrain tires, Bilstein off-road shocks along with a locking rear differential and underbody skid plates for protection against rocks on the trails.

The off-road package took us up the McCullough Trail in Summit County and the PRO4X handled everything we threw at it. It crawled over rocks and even forged a small stream with ease. Nissan says the Frontier with 4WD gets an EPA estimated 15/21 city/highway and 17 mpg combined. Of course we didn’t achieve even close those numbers pushing the truck hard up the hill at altitude. 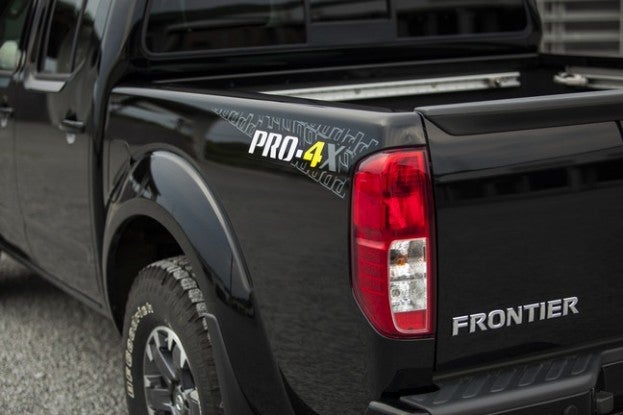 For those looking for a capable off-road mid-size pickup, the 2015 Nissan PRO4X is a good choice. It will take you anywhere you need to go off the beaten path on the weekend and still makes a good truck for commuting during the week. The larger 4.0-liter V6 is the way to go and has plenty of power for pulling and towing. If you are going to be hauling passengers in the back seat, there may be better choices but there aren’t a lot of them. The Toyota Tacoma TRD is very similar in size and function and compares well. The Honda Ridgeline won’t be able to keep up with the PRO4X off-road. For extra passenger room, buyers will have to look at a full-size pickup.