Ferrari Announces the 458 Speciale A

Last year when the Ferrari 458 Speciale was announced, everyone knew a topless version of the car was going to come, but when. The wait is now over as Ferrari announced the 458 Speciale A. The A is for the Italian word Aperta, which translated into English means “open”.

This isn’t the first car to bare the Aperta name; previous cars include the P540 Superfast Aperta and the Ferrari SA Aperta.

Only 499 examples of the Speciale A will be built in order to celebrate the success of the various versions of the 458, including class wins at some of the biggest endurance races, media awards and a double World Endurance Championship title.

The Speicale A is truly that, special as it is the most powerful spider ever to come out of Maranello. Even though it will share certain characteristics with the standard 458 Spider, like the retractable hard top, it really is going to be a whole different experience. 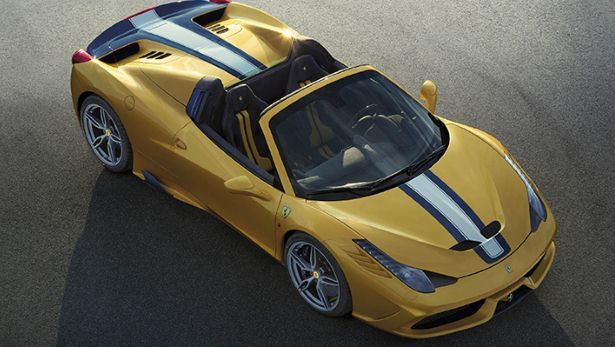 Mounted in the middle of this latest Ferrari is the most powerful naturally aspirated road-going V8 ever built. With this possibly being the last naturally aspirated V8 to roll out the factory the boys in red decided to really go for it. The V8 will produce 597 bhp and 398lb ft of torque, making it good for a zero to sixty two time of three seconds, the same as the coupe and a time of 1:23.5 around Fiorano, also the same as the coupe.

These amazing numbers can be attributed in part to the active aerodynamics in the front and at the back, the chassis rigidity and a clever Side Slip Angle Control, which promises performance in all conditions.

It’s not just the engine that sets it apart from all over Ferraris before it, as the engineers at have devised new bodywork to make the Speciale A the most aerodynamically efficient Ferrari spider of all time. The 458 Speciale A is premiering in a triple-layer yellow livery, featuring a Blu Nart and Bianco Avus central stripe, nicely complemented by five-spoke forged wheels in Grigio Corse. Stepping in to the car will be just as special as the artisans at Ferrari crafted the interior, which has a distinctive racing-inspired look, with lightweight materials. 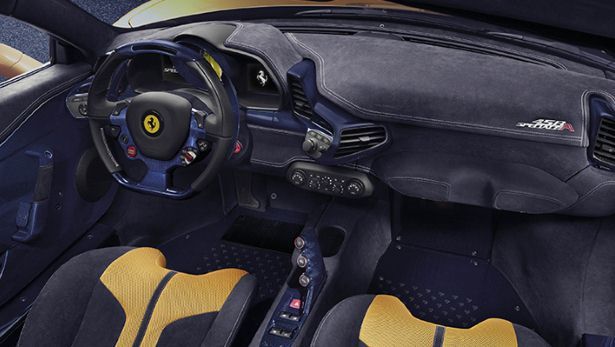 It will make its debut at the Paris Motor Show in early October. No price has been officially announced, but the 458 Speciale coupe is $288,000 and given the standard 458 Italia Spider was $20,000 more than the coupe, expect a similar pricing scale.

Here are the numbers: