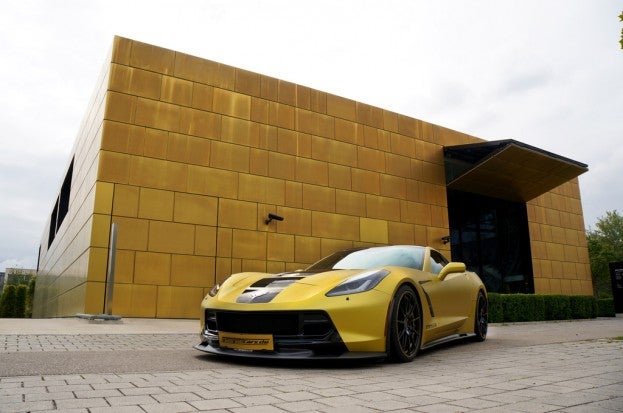 What do you get when you cross a German car tuner with high-horsepower pure American musclecar? One seriously badass machine. Well, at least Germany does.

We’ve covered these guys plenty before – they’ve done some pretty badass tunes like the Shelby Mustang GT640 Golden Snake and the monster Ford GT Geiger HP 790, among many others, and this time they’ve gotten ahold of the 2015 Corvetter Stingray.

They’ve taken a 2015 Chevy Corvette C7 Stingray with the Z51 performance package (standard issue in Germany) and tuned the living hell out of it. The standard 2015 Corvette C7 Stingray comes pretty well-off with 460 horsepower under the hood, then throw on top of that the Z51 package, which adds on a new dry sump oiling system to keep the 6.2L V8 lubricated at all times; brakes, transmission, and differential with their own cooling system, and on top of that, an electronic limited-slip differential that keeps power evenly distributed, and of course the obligatory aero tweaks. Now I see why the Germans get this package as standard.

But of course, that’s just what you get from the factory. Give it to the fellas over at GeigerCars and tack on an Eaton Supercharger boosting the car another 130 hp for a total of 590 – well enough to scorch the pavement. In addition, their own adjustable coilover suspension is added to make sure the power gets to the ground properly. 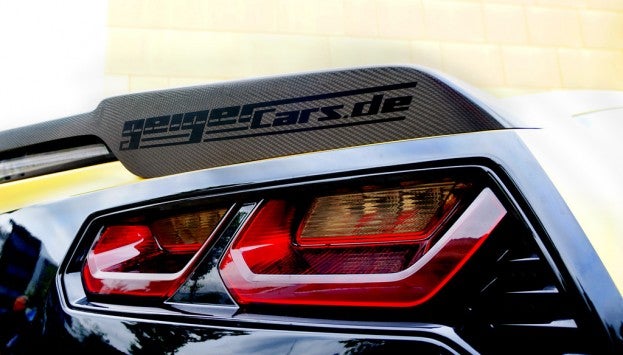 And to go over what caught your eye on Geiger C7 Stingray in the first place, they’ve developed a sexy body kit for the Corvette, transforming the already supercar-looking Stingray into an aggressive neck-twisting beast. The lightweight carbon fiber kit also serves, of course, to help increase downforce and reduce drag. They’ve topped it off with a paint job they call “motorsport gold”.

The wheels are developed by Geiger are lightweight alloys, 19-inch in the front and 20s in the rear. Not to mention spot-on sexy with the black coating and yellow lips.

Corvettes in Europe already turns the heads of anyone in the near vicinity, but roll up in a Geiger C7 Stingray and you’ll make sure nobody else on the road gets their share of the attention. But at 113,000 Euros, you’d have a good chance at that with most of your options at that price point.

Check out many more photos below and make sure to get a good look at the engine!