5 Apps You NEED for Your Summer Road Trip 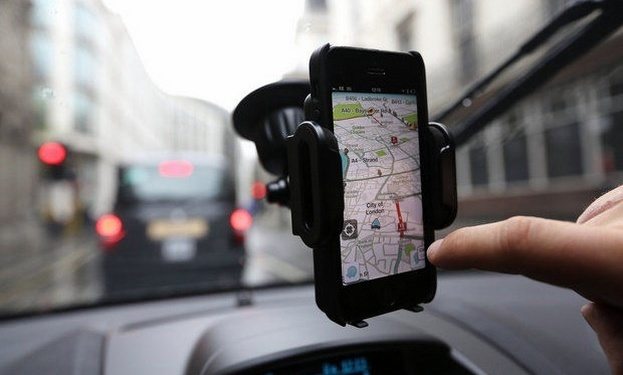 Before we embarked on our road trip from Seattle to Southern California, my husband and I dreamed of lapping up the sun, surfing crystal blue waves and waving to celebrities in convertibles. On the road, however, we were just as likely to find ourselves stuck in traffic on I-5 as cruising down the coast (seriously, how is there traffic on every single section of that freeway?). Even when we got where we were going on time, we often forgot that “summer in Southern California” is code for “Hey, everyone! Let’s all head to Southern California!” and we often found ourselves scrabbling with our fellow tourists for first place in line at the best sites.

Of course, it wasn’t until we got home that it occurred to us there might have been a few “apps for that” – “that” being just about every aspect of our trip. Below, here are 5 of the most resourceful ones we really wished we’d had for our summer road trip – and you will too.

(Click on any thumbnail for a larger screenshot of the app.) Thankfully, we weren’t so unprepared that we didn’t know to use a good GPS map app. Google Maps was our app of our choice, and for the most part it did an excellent job of getting us there and alerting us of traffic snarls. However, there were a few mountainous sections of our trip where our data plans became but a mere memory (apparently, 4G is considered a luxury above treeline).

While that was nice in terms of disconnecting from the world and embracing the moment, it wasn’t quite so ideal when it came to navigating to our rustic inn, especially when we ran over some particularly sharp looking rocks and began to worry about getting a flat.

Next time, we’ll download CoPilot GPS ahead of time, and work from downloaded maps. I’ve also heard this is a great solution for travel abroad if you don’t have an international plan and don’t want to pay an exorbitant fee to get one. Chances are, you’ve at least used OpenTable on your computer at home to make Friday night dinner reservations. The OpenTable app is even more essential on the road, where you’re really trying to knock it out of the park with every meal.

Photos, menus and ratings allow you to easily compare venues and make quick decisions rather than spending precious vacation minutes debating. And once the decision has been made, you can book your table right from the app, so you won’t have to worry about getting in.

Pro Tip: have a passenger do this as you drive, so you’ll be ready to go once you’re there. I’m definitely one of those annoying travelers who stops every five feet to take a picture (hey, you complain now, but you’ll be thanking me when that awesome snapshot of you pretending to eat the Golden Gate Bridge gets a million likes on Facebook).

I also like to write down observations, and to track it all pretty closely to our itinerary. That’s all well and good, except that it takes me forever to get it all organized after the trip is done – so long, sometimes we’re already halfway through our next trip before I can even think about doing anything with all that I’ve collected.

As such, I think the Traveler app for Android would be pretty neat to have, as it organizes, documents and stores all of this information in one place. With the app installed, you can take photos directly through Google Maps and associate them with markers, so you can scroll through your trips geographically, whenever you’d like to revisit your adventures. When I travel, I like a fine balance between planned and stumbled-upon activities, so I can be sure I’m checking off my must-dos while also leaving room for spontaneity and discovery.

That’s why I’m so excited about Field Trip, a Google app that tracks your location and alerts you about cool sites nearby.

This could mean everything from a historical marker to a museum that’s off the beaten track to a local movie theater. The app runs in the background so you won’t have to worry about launching it, and it will customize recommendations based on your ratings. 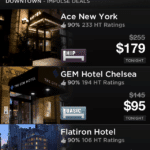 I tend to be a planner when it comes to accommodation, but when you roll up to your no-reservations campsite and the sign says “full,” it’s good to have an easy way to book a last minute room.

Hotel Tonight allows you to do just that in 12 different countries, suggesting nearby hotels with vacant rooms and providing rates.

It’s also a great app for more spontaneous people who can’t be weighted down with pesky details.

Downloading a few apps before you head out on the road this summer will keep you covered in emergency situations, and it will also help keep you spontaneous without ever heading into travel disaster territory. So load up your apps, fill up your trunk, and enjoy the sun. See you out there!