Although my beloved home of Detroit was still asleep, I was wide awake at 5am. It was a cool Monday in the Motor City. Even in the summer, the mornings have a bit of a chill in Michigan. Yet the welcome from the American Airlines crew was warm. “Our pleasure to have you, Carl,” the First Officer said as I shook his hand boarding flight 2405. My final destination was San Antonio and would ultimately be The Cooper Tire & Vehicle Test Center for the Cooper CS5 Media Ride-N-Drive.

Cooper is celebrating 100 years with the launch of their new CS5 Touring tire and I had an invite to push it to the limit on their proving grounds.

When I landed in San Antonio, I was greeted by Ross of Elegant Limousine and Charter. I felt like a celebrity with his Texas welcome!  Having never previously been to San Antonio I appreciated his willingness to drive me. Everything is bigger in Texas, including the sincerity of those who call it home – people like Ross and the many other folks I would later meet on this trip.

He drove me in a Mercedes (I even sat in the back like a real dignitary) and dropped me off at the Omni La Mansión del Rio, arguably the swankiest hotel on the River Walk.

After I settled into my room, I realized I arrived well ahead of our scheduled dinner with reps from Cooper Tires and the Zimmerman Agency of Tallahassee. Lucky me! Being I was on the River Walk, with about 5 hours all to myself, I decided to check out the sites.

As I absorbed the River Walk, I fell truly, madly and irresistibly in love with San Antonio. It is a wonderfully special and genuinely endearing place. I have experienced many memorable things in my pursuit to be a respected automotive writer. Cars take people places in the practical sense. That much is true. However, as I stood on the River Walk, I felt “cars” were taking me, at least today, someplace entirely different. Someplace beyond the technical aspects of engines, transmissions and lap times.

That place, for these few hours before dinner, was San Antonio and as I continued to explore the city, this resounding sentiment became immensely validated. 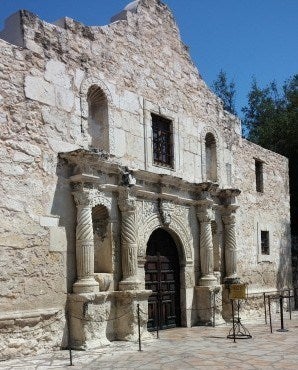 In paying my respects to The Alamo, I was moved by the words of Lieutenant Colonel William Barret Travis.

The enemy has demanded a surrender at discretion, otherwise, the garrison are to be put to the sword, if the fort is taken. I have answered the demand with a cannon shot, and our flag still waves proudly from the walls. I shall never surrender or retreat.

The quote is from a letter Travis had written known as, “To the People of Texas & All Americans in the World.” Travis, in earnest, answered with a cannon shot but few actually acknowledged his plea for reinforcements. It was more than a tourist attraction at this point – it was the real and living history of San Antonio speaking to me. I am challenging myself to “fire the cannon” with obstacles in my own life and when the stakes are high, to answer the call to action as bravely as those who sound it.

And I challenge everybody to do the same, just as Travis did. By now, I needed to return to the hotel and get ready for dinner. It was imperative I look nice since I was also meeting a handful of other automotive writers, bloggers and journalists. After an eventful time discovering San Antonio, I ended up making myself look like a fool – but I got a good laugh. And here is where I really have to compliment the staff of Omni La Mansión del Rio.  I unpacked my new shirt for dinner but after being in my suitcase, it needed ironing.  I looked all over the room but could not find an iron.  Surely a place this nice has one?

I walked down to the lobby and requested one (kindly of course) and Yasmeen at the front desk replied, “there is one in the closet sir, just pull the handle on the door right next to the bathroom.”

There’s a closet by the bathroom?  How did I miss that?

Back to my room and sure enough, the closet was there. Either one of two things happened.  I neglected to see this full sized door in my room or the staff magically placed it there while I was down in the lobby. The jury is still out but I opened the door and beheld an iron!  So, I quickly phoned the lobby and told Yasmeen I indeed found the closet and more importantly, the iron.  I thanked her but she insisted, “no problem sir and just in case, we are sending another up.”

And right then, a knock at my door. Impeccable timing…I will hand it to them.

The gentlemen who brought the iron informed me it was “already warm.” I am sure they figured if I could not see the closet door then I probably could not efficiently operate an iron. Fair assessment on their part. I am not the most observant person.  I admit it.

But my stupidity ensured I was the only guy at Omni La Mansión del Rio with TWO IRONS!

My next installment will detail what happened at the Cooper Tire and Vehicle Test Center, 40 miles south of San Antonio. It was a grueling and hot day, deep in the heart of Texas, with a fury of burning rubber on two very different tracks. The scent of molten silica hung in the air for hours… 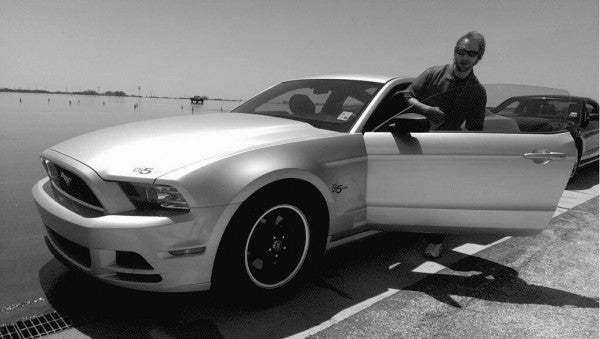 I put the new CS5 through the paces and drove harder than I ever have before…the question is, did the new Cooper CS5 stand up to the punishment I delivered?

The Cooper CS5 Media Ride-N-Drive was organized, promoted and sponsored by Cooper Tires and The Zimmerman Agency. However, the thoughts and opinions of this series are my own.

In my next installment:
A day at the Cooper Tire and Vehicle Test Center.
How Cooper, Hankook and Pirelli brands held up on two very different tracks.
Did the Coopers actually stay true to their claims?
Are good tires even necessary if the car has traction control?
When I had a major wipe out, the tires I was testing.
What tire, of all the competing brands, would be best for real world driving.
And…
How I entertained the idea of test driving a boat.

Update: Read my next installment of Day 2 in San Antonio here.